How to Unlock Every Salvager’s Salvo Ornament in Destiny 2 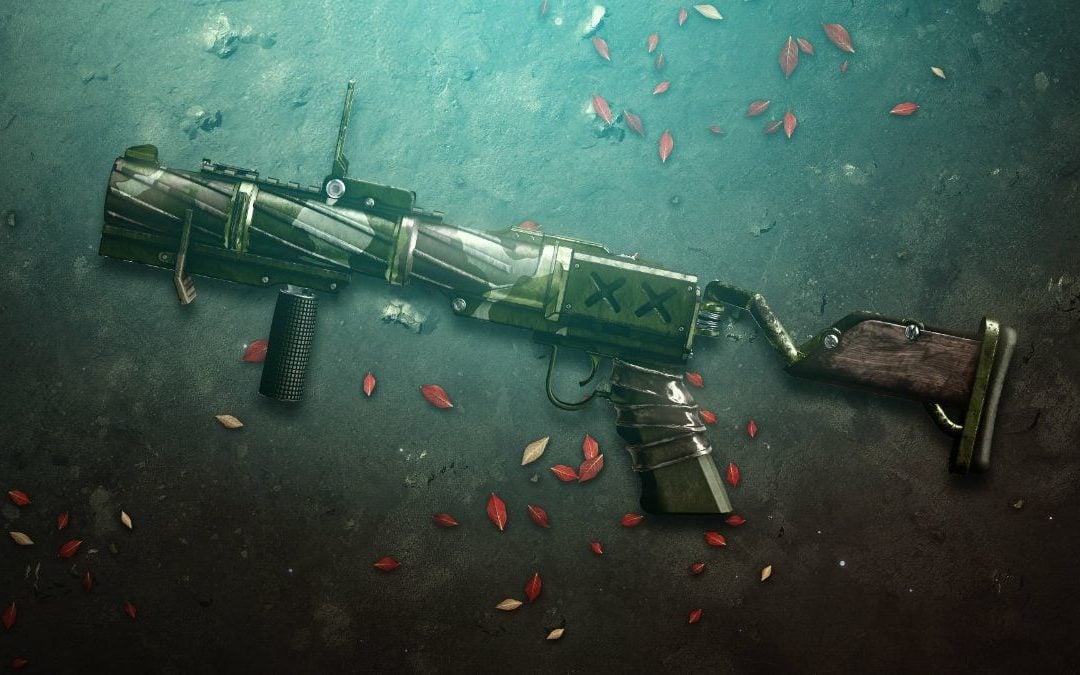 Here, we lay out how to unlock all the Salvager’s Salvo ornaments. Every recent season in Destiny 2 has released some sort of ritual or pursuit weapon — one that requires you to take on a massive quest tackled in pieces over the entire season. In Season of the Hunt, this newly implemented system led to the incredibly deadly Arc-infused Sniper Rifle, Adored.

And in Season of the Chosen, the Ritual weapon you unlock is currently the best Grenade Launcher in Destiny 2. So what does it take to unlock Salvager’s Salvo and its additional weapon ornaments? Let’s walk you through it.

Earning the Salvager’s Salvo requires you to complete the “Messy Business” questline. To activate the Salvager’s Salvo quest, visit Banshee-44 in the Tower at any point during Season of the Chosen. It should automatically prompt you to activate the quest, which you can confirm by looking at the Seasonal Quest tab. Once obtained, you’ll need to do the following to complete it:

Now, this isn’t a quick and easy task you can complete over a weekend. It’s designed to be earned gradually, and worth noting that you will finish the unknown number of matches before earning enough points. I had hit around 3,750 points when the matches were marked as complete, but that doesn’t mean you can’t optimize your runs to earn it faster.

Try to tackle both parts of the questline at once. Run with both a secondary and heavy Grenade Launcher to improve your chances of getting kills. Deafening Whisper and The Colony would be our recommendations, but you can always check out our full Grenade Launcher list for more ideas. Additionally, upgrade any armor mods that will increase your Discipline and decrease your Grenade cooldown.

As far as game modes go, try to stick with Gambit and Strikes. These present a better opportunity to land multiple kills in a session and can still be completed nearly as quickly as Crucible matches. If you can, run Stasis at all times to either freeze or slow enemies long enough to lay out final kills with your Grenade Launchers. Other than that, the completion time is really up to how often you play, and more than likely, you’ll finish it just from playing naturally.

How to Unlock the Salvager’s Salvo Pyretic Ornament

Once you’ve unlocked Salvager’s Salvo, you’ve also unlocked the chance to earn additional weapon ornaments. These aren’t just for show but are attached to three different Seasonal Challenges as well.

The first to become available is the Pyretic ornament. This can be earned by playing in the Crucible, and earning it will also help you complete the Kill Them With Style Seasonal Challenge.

To pick up the questline, first, visit Shaxx to obtain the Crucible Salvager. This can be hard to spot, so be sure to scroll over to the second page of missions if you don’t see it offered on the front page. This quest requires you to:

The Valor ranks are earned in the non-competitive playlists, meaning that you can play any game mode you like. We recommend running either Control or Mayhem to increase the opportunity of grouping Guardians together. And be on the lookout for increased Valor weeks to boost your earnings — there will more than likely be one more this season.

Other than that, you’ll want to run similar builds to what you used to unlock Salvager’s Salvo. However, you may have better luck running with Anarchy due to how effectively the chain lightning perk can take on multiple Guardians at once.

The rest of your build should function around what works best for you. But if you need inspiration, check out our PvP-focused Titan, Warlock and Hunter builds.

How to Unlock the Salvager’s Salvo Toxicology Ornament

Earning the Toxicology ornament is pretty similar to the Pyretic ornament, except that you do it through Gambit. Earning it will also help you complete the Week 7 Seasonal Challenge, Gambit Salvager’s Salvo, to claim some Bright Dust.

To start, you need to visit the Drifter to pick up the Gambit Salvager questline, which requires you to:

Like the strategy for unlocking Salvager’s Salvo in the first place, the best thing you can do is run two Grenade Launchers with Stasis equipped. Try to jump on new groups of enemies when they pop up with a readied grenade and enough ammo to make good use of your slowed or frozen ability.

Additionally, be sure you are running with Salvager’s Salvo and The Colony once again. The Colony will make it much easier to take out remote stragglers, while Salvagers Salvo provides plenty of control to time your explosions. Just play 5-6 rounds and you should finish this one up.

How to Unlock the Salvager’s Salvo Panacea Ornament

The Panacea ornament may be the easiest one to earn since it is done through strikes. And like the others, completing it will also finish up a Week 8 Seasonal Challenge and earn you some additional Bright Dust.

To get started, pick up the Strike Salvager questline from Zavalla. This quest will require you to:

This quest is relatively straightforward and can be done quickly by replicating your strategy for unlocking Salvager’s Salvo. However, it will be worth switching out Deafening Whisper for the Salvo to take advantage of the timed explosives and greater power. Other than that, equip mods that favor Power and Special ammo pickups, Grenade Launcher targeting, and reload speed.

It’s also probably easier to just run low-level Nightfall sessions. Grenade Launchers aren’t always the best option in high-level Nightfall runs, so sticking to Heroic or below, will make it much easier to get kills and rapidly grind out multiple runs.

Was It Worth Salvaging?

It’s a lot of work to earn the Salvager’s Salvo and its associated ornaments, but it’s well worth it. It’s currently the best Grenade Launcher available, and all of the missions (while lengthy) can be completed just by playing, albeit with multiple Grenade Launchers.

So, if you and your Fireteam want to try and finish out those Seasonal Challenges, be sure to share this article with them on your favorite social channels. And for the latest on Destiny 2, be sure to subscribe to our newsletter.