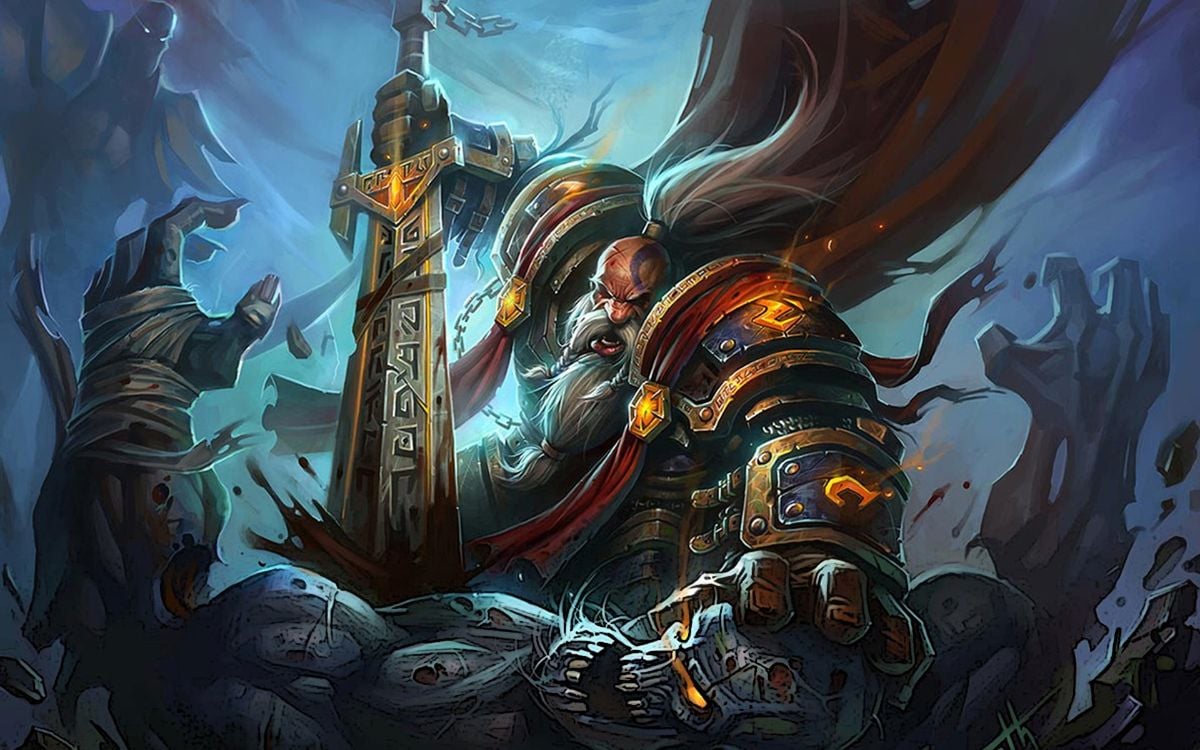 We all know that MMOs ultimately come down to cooperation and teamwork to clear endgame challenges such as raids and high-end PvP. However, some days, we just want to go at it alone and see what challenges we can take on ourselves.

Looking for more WoW tips and tricks? Click to view all our World of Warcraft guides.

Today, we’re going to take a look at which classes and specializations have the easiest time going solo in World of Warcraft’s latest expansion, Shadowlands.

Ready to check out the WoW best solo classes? Let’s get started!

As a disclaimer, this list is just our take on the WoW best class for solo play — you might find yourself preferring another specialization for solo play. If you’re unsure where to begin, WoW‘s trial character feature is a great way to test out some of the specs before committing to a character. Above all else, don’t forget that the most important part is having fun with the character you play!

You’ll notice that most of the tank specializations are on the list, as they’re a very safe pick due to their survivability. You might not be killing everything as quickly, but you’re certainly going to come out alive. Since healer specializations tend to be reliant on other players, we didn’t include many of them on the list. For DPS, we focused on the specializations with either a follower to hold aggro or high-burst play to end the fight quickly and maximize your survival.

Everyone has a plan until they fight a bear.

You’re a goddamn bear — what else is there to say? With powerful damage mitigation and plenty of passive regeneration, Guardian Druids can easily tackle most challenges solo while bleeding out their enemies with a steady series of DoTs. As you mangle your enemies and get mauled in return, you’ll generate rage, allowing you to keep up your defensives and outlast any threat with self-heals. All that fur, fat, and muscle isn’t just for show — it makes the Guardian Druid one of the WoW best solo classes around!

Give your blood in service, for I can not.

As the undead juggernauts of Azeroth, Blood Death Knights have a different answer to each situation, all while striking back to restore the damage they’ve sustained. Blood Death Knights must manage their vast arsenal of defensives, drastically increase their parry, duplicate ability effects, and handle magical immunities to actively mitigate damage instead of relying on passive bonuses.

Tanking as a Blood Death Knight is a precarious juggling act, but the amount of enemy blood they spill will ensure they do not fall to death once more.

Atonement is a… painful process for some.

Their playstyle revolves around shielding themselves with Power Word: Shield while chipping away their enemies with a steady stream of spells or popping cooldowns such as Schism and Mind Blasting away the target’s health bar. It’s a simple but effective strategy, as most enemies won’t be able to break through the shield before dying. That or the damage they manage to deal will be negated by the healing you receive from fighting. In this case, the best medicine is pain.

Strike once but a hundred times.

Let’s be frank, there’s a LOT of butt to kick in WoW, and few classes can do it as quickly and efficiently as Windwalker Monks. With a strong focus on AoE and rapid attacks, Windwalker Monks find themselves moving from one ability to the next as they manage their energy bar to generate chi for devastating blows. Using your strong mobility and counterattacks, you will constantly find yourself pummeling your enemies with a relentless slew of abilities.

I put a rock in that snowball.

The masters of controlling the battlefield, Frost Mages find themselves with a tool for every situation. With the bulk of their spells slowing their foes’ movements, it becomes simple for frost mages to maintain a constant distance between themselves and the enemy.

Whenever you proc your passives Brain Freeze or Fingers of Frost, you’ll find yourself with a window to burst down your enemies with a flurry of instant-cast spells. Should an enemy actually reach you, you can easily snare them in place and distance yourself to begin the cycle of pain anew. Your enemies’ blood will turn cold in more ways than one when they see you.

Not even your death will sate my vengeance.

In pursuit of your enemies or strategic retreat, the Vengeance Demon Hunter is the most mobile of all the tanks. As one of the two specializations that heal based on the amount of damage they take, Vengeance Demon Hunters revolve around creating and absorbing Soul Fragments from their enemies to regenerate. No matter how much damage you take, you will not fall until you strike back and show your enemies what true vengeance is.

From the shadows we watch, we judge, we execute.

As the very definition of stealth, the Subtlety Rogue excels at isolating a target and bursting it down before other enemies can react. With Subtlety Rogues’ unique ability Shadow Dance, they can access their powerful stealth-based abilities throughout the fight, bypassing armor and eviscerating targets left and right before vanishing from the fight to do it all again.

Your life balances on a whim.

Unlike a typical eclipse, which is only dangerous if you stare at it, the Balance Druid’s eclipse will melt through your enemies with the might of mother nature. Balance Druids maintain a balance (shocking, I know!) between a solar and lunar state to empower their abilities. During this transition, enemies will find themselves either melting from single-target nukes or being bombarded in a massive area by a rain of stars. As one of the WoW best solo classes, enemies of balance, beware!

We hunt as one!

The Light guides me onwards; not even death can impede me.

The best soloing class in WoW? It may just be the Protection Paladin.

With the Light at their beck and call, Protection Paladins charge forth into battle with no hesitation, calling upon their faith to guard and sustain them. Striking your foes with your abilities will generate holy power, allowing you to repeatedly empower your defenses with Shield of the Righteous or maintain your health with Word of Glory. Furthermore, your auras provide persistent buffs while Consecration provides a defensive refuge for you.

Additionally, as a Protection Paladin, you are unaffected by the AoE cap, which means you can hit everything within your abilities’ radius, turning you into the deadliest AoE tank in the game. As long as your faith never waivers, all your enemies shall fear the Light’s protection.

That’s it for our guide on the WoW best solo classes ranked! It’s a dangerous afterlife out there in the Shadowlands, but fortune favors the prepared. Always keep yourself up to date on the latest news here at High Ground Gaming — see you in the next guide, Maw Walkers.