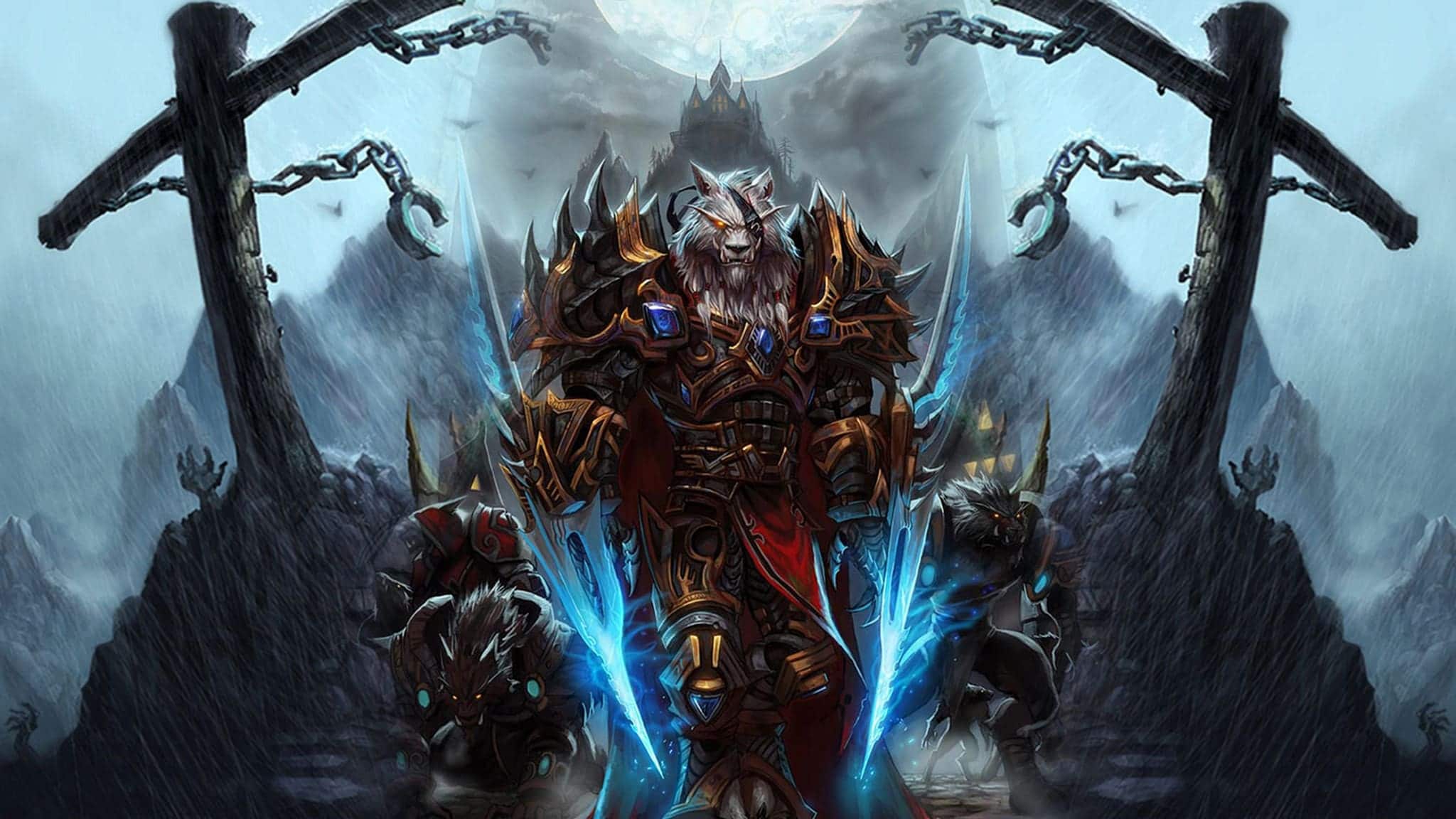 Do you enjoy online gaming, immersive storylines, and action-packed exploration? If so, you’re sure to appreciate the best MMO games! The best MMO games give you the chance to create a character avatar and dive into a whole new world filled with action and adventure. Plus, you can play online with friends and test your skills against gamers from around the world.

Whether you’re looking for the best free MMO games, or paid options for a variety of consoles, this top 10 list has you covered. Ready to begin the adventure? Let’s get started.

We’ve curated this list of the top 10 best MMO games to help you find your next favorite title.

One of the best MMO PC games

Marketed as a next-gen MMORPG, Black Desert Online is a sandbox MMO that entered North American markets in 2016. It takes place in a fantasy setting and revolves around a great conflict between two nations. Jump into the game and experience the challenging combat system, exciting ability trees, and unique skill system.

The game places a large emphasis on PvP and combat arenas, making for exciting competitive play. Combine that with the immersive world and breathtaking graphics, and you’re sure to get your role-playing fix!

One of the best MMO browser games

Launched in 2001, Runescape is one of the oldest MMORPGs around. The fact that it’s browser based and coded in Java makes it easy for anyone to jump in, and the open-world is perfect for exploration and adventure. There’s a free-to-play mode jam-packed with content, and an optional subscription mode that unlocks even more exciting features.

The quests in Runescape are very creative, and there are endless activities and unique mini-games to take part in. A challenging skill system combined with the hack-n-slash combat mechanics make Runescape the perfect game for casual and hardcore players alike.

One of the best MMORPG games

No top 10 list of MMOs would be complete without an appearance from World of Warcraft. Released in 2004, it pioneered the industry and has managed to remain one of the most popular and beloved titles of all time.

You’re dropped into the world as a character avatar, tasked with exploring the terrain, fighting monsters, completing quests, and more. World of Warcraft features an epic storyline with a vast amount of content, including 7 expansions that offer new lands to roam and additional game mechanics. Gear up for play, and hop into one of the best MMORPG games of all time.

One of the best MMO FPS games

Destiny, the MMOFPS crossover, is a genre-defying game with a fan base and ratings to prove it! In Destiny, players assume the role of a Guardian, a member of the elite group of warriors tasked with protecting Earth and bringing peace back to the galaxy. You must traverse the solar system to take down enemy aliens and restore balance before it’s too late!

Play the campaign to level up, unlock new abilities, and get your hands on powerful loot. And when you’re ready, hop into the crucible for exciting PvP battles that will truly test your skills.

One of the best MMO strategy games

Also known as an MMORTS, Boom Beach is a real-time strategy game that gives players control over an island civilization. The player must build their base, assemble troops, and unlock powerful new upgrades to survive and build an expansive empire. But watch out! You’re not alone.

The game features a single-player campaign for soloists, but the real fun takes place in battles. Pit yourself against real-life enemies on your map, or take down the powerful NPC enemy known as Blackguard. Do you have what it takes? Boom Beach is an exciting MMO that works beautifully on tablets and mobile.

One of the best PS4 MMO games

The newest addition to the Final Fantasy Lineup, XIV drops you into the world of Eorzea once again. But this time— something is wrong. The Garlean Empire is invading and it will take everything you’ve got to stop them!

Gameplay is action-packed with fast-paced battle mechanics, epic quests, and unbelievable 24-player raids! The game interface in intuitive and easy to use, and gameplay is smooth and consistent. Plus, it features a huge open-world filled with millions of other players. Think you can handle it? Check out Final Fantasy XIV on the PS4 today!

One of the best MMO games for Xbox One

Part of the Elder Scrolls Series, ESO is set in the sandbox world of Tamriel and features an array of exciting gameplay elements. While the main storyline is based around a struggle against the outlandish Daedric Prince, most of the gameplay is non-linear. To that end, you’re able to roam the world as you like, tackling quests and taking on enemies as you see fit.

Whether you’re a fan of magic, ranged attacks, or brutal melee combat— there’s something in here for everyone. Elder Scrolls Online is an exciting game with tons to explore, making it one of the best MMO games for Xbox One!

One of the best MMO games for iPhone

If you’re seeking an exciting 3D MMORPG that you can play on your iPhone or iPad, look no further! Order & Chaos Online is a fantasy-style role-playing game with many unique gameplay mechanics and unrivalled customization options. Choose from one of four races and hop into the game to discover over 1000 different skills and a plethora of powerful loot.

There is a huge community of friendly players, and the world is very open and engaging. Combat is fluid, the party system is top-notch, and the graphics are breathtaking for a mobile game. Hop into the game today and get 3 months of membership for free!

One of the best MMO games for Android

If you dig dungeon-crawler gameplay and cooperative teamwork, Pocket Legends is a solid MMO for you. The game takes place in the fantasy world of Alterra, with instanced levels for each new mission you embark on. Global chat, friends lists, and trading capabilities are all supported and encouraged for an immersive cooperative environment.

Choose from 5 different classes, each with its own powerful skill tree that’s ripe for unlocking. Be sure to check out the arena for PvP modes, or leap right to level 80 by pouring your energy into the main campaign. Either way, hours of adventure awaits!

One of the best MMO mobile games

Dragon Nest M is the mobile version of the Smash hit that’s captured the hearts of many gamers. It’s is a 3D action-packed MMO with classic non-targeting battle mechanics, immersive storylines, and unforgettable challenges.

With 6 unique classes and over 70 skills to choose from, you can fully customize the look and feel of your character while building the powerful hero of your dreams. Go at it alone or team up with your friends for exciting gameplay. Dragon Nest M is one of the best MMO mobile games on the market.

What is an MMO?

An MMO, or massively multiplayer online game, is a type of video game that operates online and consists of thousands of users that play together in an open world. A user creates a virtual character to roam and adventure, often teaming up or battling against other real-life users from around the world. Objectives, treasure, and a levelling system are staples of this genre, offering additional activities and goals.

The worlds themselves often consist of large virtual environments filled with non-player characters (NPCs), hazardous terrain, quests and objectives. That said, sandbox-type maps that encourage free exploration are a staple among many popular titles. This offers incredible immersion, supporting creativity and feelings of adventure.

MMOs are a staple of online gaming and can found on every major platform, from PCs to major consoles and mobile devices. There are a variety of MMO game genres, including role-playing, first-person shooters, real-time strategies, and more. That said, role-playing MMOs are the most popular genre and are often used synonymously with the term itself.

We’ve had a peek at some of the top MMO games out there, and we’ve looked behind-the-scenes at the mechanics found in these action-packed titles. Now, to give you a better idea of some of the main selling points of MMOs, we’ve penned some general thoughts on the genre as a whole. Let’s take a look:

MMOs are known for their incredible quests and epic dungeons. These objectives help the player on their journey while unlocking new skills, items, and loot!

3. MMOs have their own economy.

One of the neatest things about MMOs is that they have their own economy, with prices set by the playerbase. Given the abundance of items and treasure found throughout the game, it’s a complex system that resembles real-life trade.

Player versus player combat and leaderboards that rank a user’s position amongst the playerbase offer the perfect element of competitiveness.

If you dig MMO games, chances are you’ll love some of the other major genres out there. Be sure to check out our other curated lists to find your next favorite title!