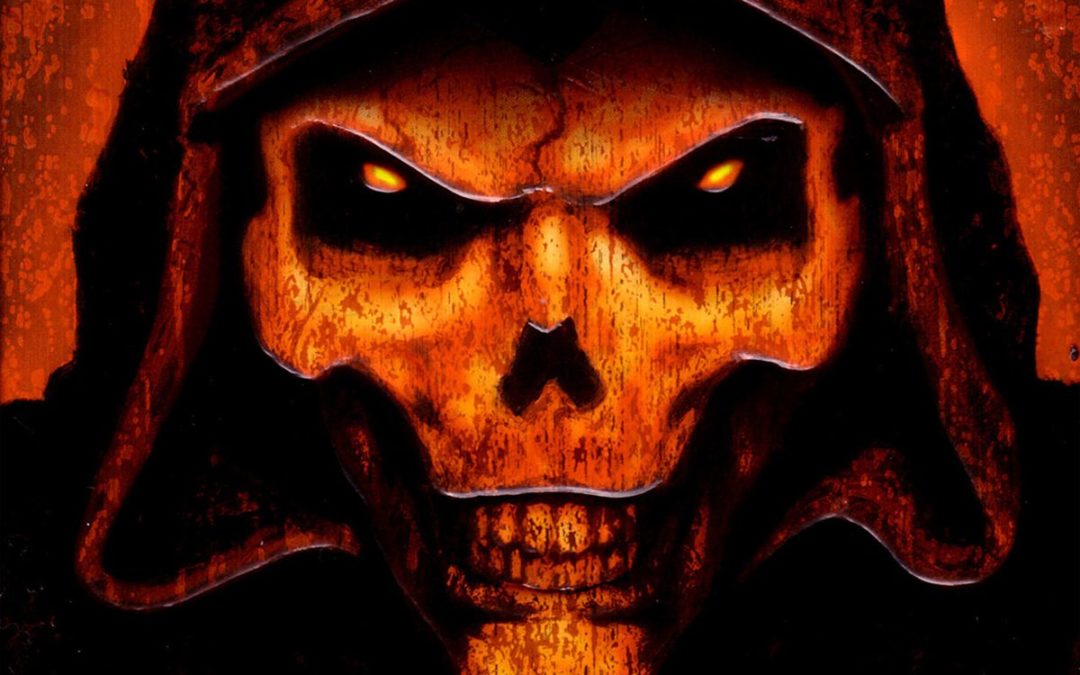 Diablo is a series that has collected a deep and devoted following. It’s known for action-packed, multiplayer RPG gameplay, a high-fantasy setting, and a generous loot system that involves treasure exploding out of the body of each enemy you slay. We decided to find out and put together this list of the best games like Diablo ranked from good to best.

Diablo III is now nine years old, and fans are eager to get back into the Mortal Realm of Sanctuary. Diablo IV was finally revealed to be on its way at BlizzCon 2019, but devs have kept the curtain tightly shut and have yet to reveal a release date. Fear not, comrades! There are plenty of good games like Diablo to tide you over in the meantime, but which ones are the best?

Onward, to the best Diablo-like games!

Ready to hear some top-down action RPGs? It’s time to rank the games like Diablo from good to best!

Starting off our list is Tyranny. You play a Fatebender. You are an arbiter of the law on behalf of the evil overlord Kyros and must use your position to bring balance back to the realm.

This game is ranked at the bottom because it isn’t an action RPG like Diablo. It uses pausable real-time tactical gameplay mechanics that are much slower. This game is more about positioning your party at the beginning of an encounter than hacking and slashing.

We still include it on our list, however, because of the character-building mechanics, stunning design, and deep fantasy lore.

Divinity: Original Sin 2 is the other game on our list that isn’t an A-RPG. Divinity uses turn-based combat mechanics that are much more tactical than those found in Diablo. You play the Godwoken, a person imbued with the magical power of source who must try to survive a zealous Divine Order, demons, gods, and interdimensional monsters known as the Voidwoken.

We included it on this list because of its multiplayer compatibility, complex fantasy setting, and phenomenal skill tree options. It might not rank very high here, but we put it number one on our list of the ten best co-op games for PC. (Plus, you can turn your enemies into chickens!)

Not so much a fan of Diablo 3? Make sure you check out the Sacred series if Diablo 2 is more your speed. The first Sacred game came out just four years after Diablo 2 redefined what it meant to make an action RPG, and you can see how it took a lot of influence from the format that earned that boom in popularity.

It’s a top-down, isometric, fantasy, hack-and-slash A-RPG with a big emphasis on enemies dropping copious amounts of loot. This isn’t one to miss if you’re looking for the best games like Diablo 2, though it’s definitely a little long in the tooth by today’s standards.

If you like games like Diablo, then you’re bound to have stumbled across a Warhammer game or two in your time. The series covers genres ranging from RTS games, action games, side-scrolling shooters, and more. Inquisitor – Martyr is an action RPG set in the futuristic Warhammer 40,000 universe established for the tabletop franchise.

You play a member of the inquisition, a secret police force responsible for ridding the Imperium of Chaos-worshipping cultists, heretics, and alien influence. We think fans of Diablo will like Warhammer: 40,000 Inquisitor – Martyr despite the genre switch from fantasy to sci-fi, but there’s one Warhammer game we think you’ll like even better (more on that later).

Victor Vran is an action RPG about a demon slayer of the same name. He travels to the city of Zagoravia to help rid them of a plague of demons that has mysteriously appeared. The city has a cool steampunk vibe that works well with the monster hunting narrative.

The graphics aren’t the best, but the gameplay is solid. One of the nicer things about it is that your gameplay style is more determined by your equipped weapon than your chosen class. This lets you experiment and change things up on the fly.

Players might recognize Vran’s voice actor as Doug Cockle, the same actor who played Geralt of Rivia in the Witcher series.

Now for the top 10! Up next on our list of games like Diablo ranked is Children of Morta. This action RPG is also a rogue-like, meaning you have to make it through a dungeon with a series of procedurally generated levels. Imagine if you crossed Diablo with Hades and then gave it a cute, pixel-sprite aesthetic.

You play as the Bergson family, who are the keepers of Mount Morta and the world’s protectors from a god known as the Corruption. This god has taken over the bodies of three powerful spirits, and it’s up to the Bergsons to fight through the corrupted hoard to reach the spirits and cleanse them of the Corruption.

There aren’t many options if you’re looking for an Android game like Diablo, but you might be in luck if you enjoy ancient Greek mythology. Titan Quest is an action RPG featuring satyrs, minotaurs, centaurs, and all the other magic beasties the era was known for.

The original version of the game was released back in 2006, but the 2016 anniversary edition gave it some quality-of-life improvements that are very playable today. It’s even had two expansions since then. Titan Quest: Ragnarök came out in 2017, and Titan Quest: Atlantis was just released in 2019.

You want PlayStation games like Diablo? How about Xbox games like Diablo? Warhammer: Chaosbane is the only game on our list to be featured on the newest generation of consoles from Sony and Microsoft. Remember when we said there was a Warhammer game that Diablo fans would like better than 40,000 Inquisitor – Martyr? That’s Chaosbane.

Your character is the last hope for the Empire as invading demons of Chaos flood the world and seek to destroy everything in their path. This fantasy action RPG has solid combat, decent loot, and everything else you’ve come to expect from Games Workshop.

Next up is Wolcen: Lords of Mayhem. This action RPG is set in a dark fantasy world where you play one of the three survivors of the slaughter of Castagath. After that, you and your friends are drafted into the Army of the Purifiers. You are then ordered to be part of an operation to strike a mysterious group that infiltrated a Republic fortress known as the Brotherhood of Dawn.

It has challenging combat, an intricate character customization system that encourages unique builds, and some truly beautiful graphics. Some of the gameplay mechanics are more reminiscent of a Dark Souls game than Diablo in the way that it limits dodge-rolls and restricts your attacks to prevent button-mashing. It ranks high on our list for its ingenuity and polish, but loses a few points for bugs and general glitchiness.

Book of Demons has a unique paper aesthetic that sets it apart. Every dungeon folds out before you like a map opening up on a table. It’s an isometric hack-and-slash that has a card system in place of the usual equipment and skill-tree systems you’d typically see in an action RPG. If you like the idea of Diablo stylized as a pop-up book, then this is the game for you.

You can also choose how long you want to spend in each dungeon at the beginning of each expedition. That’s a convenient feature if you just want to get a quick session in without sacrificing your whole night. Book of Demons is another one for Apple fans who are looking for mobile games like Diablo to consider.

Torchlight 3 (formerly known as Torchlight: Frontiers) is one of the more recent games on our list. The Torchlight series has very similar gameplay mechanics to Diablo but with a wildly different aesthetic. It has a much lighter fantasy tone, with vibrant colors and much less gore. The Diablo DNA is still there in the combat, though. In fact, several members of the Echtra Games development team are veterans who worked on Diablo and Diablo 2.

The classes and skill trees aren’t as involved as some action RPGs, but there’s still plenty of variety and lots of customization fun to be had. The first two Torchlights are excellent Diablo-like games as well. They only aren’t featured on this list because they fill the same niche as 3.

The Last Epoch is an impressive action RPG. It would probably have ranked higher on this list, except that it’s currently still only available in beta, with the full version scheduled to come out later this year.

There are five base classes and fifteen different specialization classes to choose from. Some of them are pretty unique, such as the Void Knight, Falconer, and Lich classes.

It also has some of the best item crafting we’ve seen. It’s definitely one of the best Steam games like Diablo, and we can’t wait till the full version is ready for release.

3. The Incredible Adventures of Van Helsing

Coming in at number three is The Incredible Adventures of Van Helsing. This game allows you to play as the son of the most famous vampire hunter in history while you scour Eastern Europe, ridding the cities and countryside of vicious beasts.

Set in the fictional universe of Bram Stoker’s Dracula, the game has a 19th century, gothic-noir aesthetic that’s a little different from the medieval one Diablo fans might be accustomed to. Still, the action-packed battles against mythological monsters and scientific aberrations are sure to please.

How would you like to play one of the best exclusive-to-PC games like Diablo? Grim Dawn is another fantastic action RPG. It’s set in a dark world called Cairn. A war is raining between the Atherials and the Chonians, two otherworldly powers battling over the fate of humanity.

It’s a heavily choice-based RPG, where making the wrong decisions can have dire consequences. It’s about survival in a world where nearly everything is trying to kill you.

There are class and customization options galore. It may be our second choice overall, but it’s our first choice for games like Diablo 2. The dead enemies even burst with loot the same way!

Our number one pick on our list of the best games like Diablo is Path of Exile. This dark fantasy action RPG scratches all the right itches for die-hard Diablo fans. It has a highly customizable character creator that allows you to craft virtually any kind of character you want for your hack-and-slash adventure.

It also has a pretty intricate loot system. Not only do the goodies rain forth from your enemies like they would in any good Diablo-like game, but they can also be combined into unique enhancements for your character.

The best part? It’s completely free-to-play, so there’s no reason not to check out our number three pick on our list of the best PVE games and our number one pick out of the best games like Diablo 3.

Go Forth and Slay!