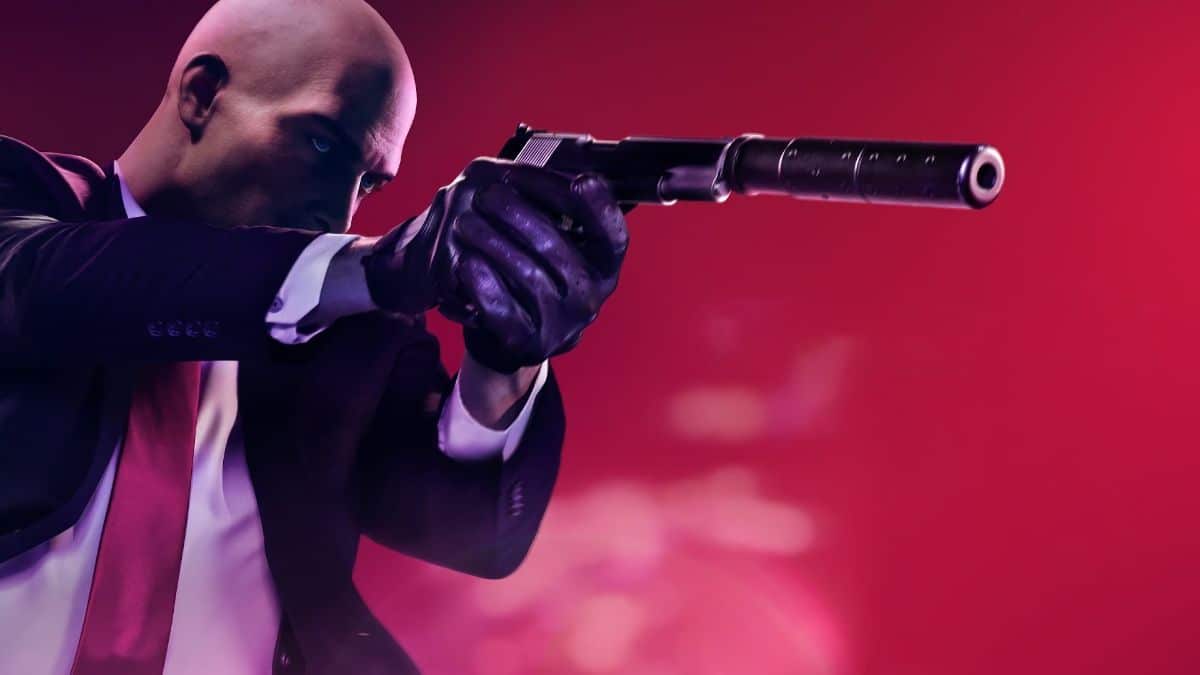 The Hitman franchise goes back over twenty years, with a dozen titles released to date. They are stealth/shooters that follow a genetically enhanced clone turned assassin who goes by the codename “47.” The games are known for their dark tone and the diverse range of methods they offer for Agent 47 to execute his targets.

The series dropped out of the public eye for a while, but the 2016 reboot gave it a fresh coat of paint — three games in, the franchise is back and better than ever. It can be a little tricky knowing where to begin with so many titles stretched across so many platforms, so we thought now was the perfect time for a list of the best Hitman games ranked! That way, you’ll know which games to avoid and which games show 47 at his best.

All Hitman Games Ranked From Worst to Best

Are you ready to see our list of all Hitman games ranked? Well, put on your disguise and get your weapons ready, because here we go!

Hitman: Sniper is the second mobile game in the franchise. It was released for Android and iOS platforms back in 2015. The game is pretty simple. It’s a refined version of the Sniper Challenge promotional minigame from Hitman: Absolution that was announced at the 2014 Electronic Entertainment Expo.

You spend the entire game looking through the scope of a sniper rifle and picking off targets from a distance. Agent 47 can set traps and distract enemies in order to isolate his target and get a clean shot. The game is well made, and there’s plenty of trigger-happy fun to be had. Square Enix Montreal was very creative with the limited “scope” of the sniper interface, but it’s ultimately a minigame. The added “Zombie Defense Mode” is a nice touch, though.

Up next on our list of Hitman games ranked is the one that started it all! Hitman: Codename 47 is the debut title in the franchise and was released exclusively on PC. This game introduced Agent 47, the ICA, and the slow, low body-count style of stealth-action that the series eventually became known for.

The genetically engineered Agent 47 has escaped from the sanatorium where he was cloned and has been offered a job by the International Contract Agency (or ICA) assassinating various criminals. You must track them down and eliminate them — quietly.

Codename 47 isn’t an easy game to love, though. The controls are unwieldy, and the shooting is almost impossible. As revolutionary as many of its mechanics were for their time, it simply isn’t fun to play. It was criticized for its difficulty and muddy controls back in 2000 when it was released, and it’s all-but-unplayable by today’s standards.

Fun fact: Hitman: Codename 47 was one of the first games ever to use ragdoll physics!

Every Hitman game is a little bit of a puzzle at its core. You have to figure out the best entries and exits and the best way to take out a target without alerting anyone nearby. Hitman Go takes all the stealth and combat out of the equation and leaves you with nothing but puzzles.

It’s a turn-based puzzle game that operates on grid-based maps composed of lines and nodes. You have to navigate Agent 47 through guard-infested areas to assassinate targets. It looks like a three-dimensional board game, with each character resembling plastic minis.

Hitman Go is a lot of fun. It’s had a positive reception from both critics and fans, but at the end of the day, it’s a mobile game that doesn’t really represent the full Hitman experience. It was originally designed for iOS but was later expanded for Android, PC, and finally PlayStation.

Hitman: Absolution is the fifth mainline installment in the series and had a very mixed reception from fans. IO Interactive made the game easier to play in an attempt to appeal to a wider audience, but inadvertently cut out a lot of what makes the Hitman franchise unique.

In this game, Agent 47 has discovered a teenage girl named Victoria who has undergone genetic enhancements much like his own. His decision to protect her has made him a traitor to the ICA, and 47 must now keep her safe from the criminal underworld and his former employers alike.

Absolution has an excellent story and took some steps toward making the series more cinematic, but players are much more shoehorned into specific assassination methods. Much of what makes the other Hitman games fun is the freedom of choice players have in taking their targets’ lives.

Hitman: Contracts is the third game in the series, and it’s kind of an odd one. It’s structured in a series of flashbacks — most of the game consists of playing through remastered versions of the missions from Hitman: Codename 47 with a few new ones tossed in for good measure. This was a clever way of bringing the story from the first game to console players who’d never had the chance to experience them.

The game opens with Agent 47 getting shot about a year after Hitman 2: Silent Assassin. He reflects on his previous missions as he lies bleeding in his hotel room.

The gameplay feels a bit more polished than its predecessors, and there is a definite step up in graphics quality. Still, many fans who played the first game were upset that Contracts didn’t offer enough new content to merit a whole new game. It’s often viewed as more of a remake than a true sequel.

Even though it was the second game in the series, Hitman 2: Silent Assassin was a lot of players’ first experience with the franchise. Part of that comes down to the fact that it was the first Hitman game to be available on console, but it’s also mainly due to it being a more functional and approachable game than its predecessor.

In Hitman 2, Agent 47 has attempted to retire from the life of a contract killer to work as a gardener at a church in Sicily. Only 47 doesn’t seem to be destined for the simple life. He gets pulled back into his work with the ICA when his friend, Reverend Emilio Vittorio, is kidnapped, and 47 must work his way through another list of targets to find him. This game was the first to establish the religious undertones that eventually became a hallmark of the series and how Agent 47 deals with the moral complexities of being a killer for hire.

The controls in Silent Assassin are a big step up from Codename 47, but they’re still pretty clunky by today’s standards.

Number four on our list of Hitman games ranked is Hitman: Blood Money. Often considered the best of the original series, Blood Money builds on everything good in the games that came before it and refines them to a mirror shine.

The story follows Agent 47 as he is ordered to take down a rival contract killing guild known as “The Franchise.” Several additional levels are framed through former FBI Director Alexander Leland “Jack” Cayne recounting them to a journalist named Rick Henderson.

Blood Money has big, open levels that allowed players to explore and find their own routes through multiple pathways. It gave the players a lot more agency to be creative in how they go about finding their targets and killing them.

After the mixed success of Absolution, IO Studios decided to change things up in 2016, starting with an episodic game simply referred to as Hitman. It’s split into six parts, or “episodes,” and is the first game in the World of Assassination trilogy.

Six years after the events of Absolution, Agent 47 is deployed again by the ICA against a seemingly random list of targets contracted by someone known only as the “Shadow Client.”

The story is a little loose compared to some of the previous games in the series, but Hitman’s sandbox level-design, fun locations, and versatile assassination options make it one of the best in the series.

This is a great place to jump in if you’re looking for the best Hitman game to play first. It doesn’t lean too heavily on its predecessors, and it’s available on modern platforms.

Coming in second on our list of Hitman games ranked is Hitman 2, the sequel to the episodic reboot of the series. This game continues right where the first one left off, though they dropped the episodic format in favor of releasing the full game all at once.

This time 47 is hunting the Shadow Client from the first game. The ICA and Providence are working together to stop the world-wide panic set off by the mysterious criminal puppeteer.

Hitman 2’s gameplay is very similar to the first World of Assassination game. It features large sandbox levels, and they even brought back the popular “Elusive Targets” missions that allowed players to do several missions outside the game’s main story. It’s more of the same, but with a bit more polish.

We liked it so much we put it at number three on our list of the best stealth games for cunning tactics!

And now we’ve reached our top pick! Hitman 3 is the newest game in a series that seems to get better as it goes. It’s the eighth mainline installment in the franchise and the final chapter in the World of Assassination trilogy. It’s also the first Hitman game to be VR compatible.

Agent 47 and his handler Diana Burnwood have gone rogue. Along with mercenary Lucas Grey, they are hunting down the leaders of Providence to get revenge and end the world-controlling organization once and for all.

The locations — set in Dubai, Dartmoor, Berlin, Chongqing, Mendoza, and the Carpathian Mountains of Romania — are some of the best in the series. Hitman 3 also allows players to import levels, maps, and progress from the first two games in the trilogy. It has some of the most refined mechanics and some of the most memorable missions as well.

Thank you for reading our list of the best Hitman games ranked from worst to best! Be sure to follow High Ground Gaming for news, reviews, and more lists like this.