Best Way To Get Emeralds in Minecraft Bedrock 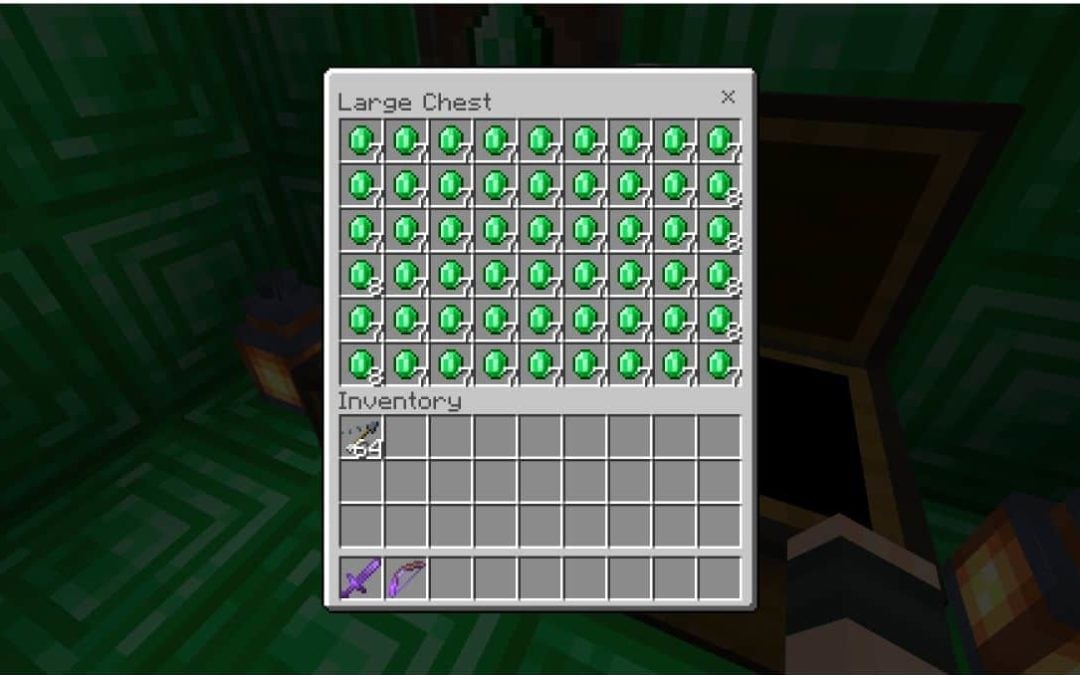 This could be you! | Image: Mojang via HGG / Nathan Hart

Trade is one of the best methods for acquiring some of the most important and powerful items and enchantments in Minecraft. In fact, you can trade for almost every item you need to finish the game! Emeralds are an important resource for trading, as they’re the main currency among Villagers and wandering Traders.

That said, it’s rare to find emeralds in the world. They spawn even more rarely than diamonds, so how can you make sure you have enough to buy all the tools you need to succeed? Today, we’re covering the best ways to get emeralds in Minecraft.

The very first step to acquiring emeralds quickly is to find a place to spend them. You can easily scan for villages by climbing up high and looking for light sources at night, or by scanning the coastline from a fast-moving boat. This latter method is quicker and easier in the early game, as you’re less likely to be attacked by mobs while rowing.

It’s a good idea to secure the village after you find it, just to protect it from hostile mobs. It’s hard to bring a town back to life if all the Villagers die! You can easily wall off a town, leaving a few openings to concentrate mobs into a predictable area.

Iron golems and cats are other good security measures. Iron golems are capable fighters that protect Villagers, and can easily be repaired with iron ingots. They may naturally spawn into a village (either automatically or once the village has more than ten inhabitants), or you can build one yourself.

Cats help the village by scaring away any creepers that could take down your defenses. Cats can also spawn naturally when a village is first created, or you can seek them out in a nearby jungle biome. Feed the local casts some fish, and they’ll follow you back to the village and stay nearby.

y going to a jungle biome.

If you have the resources to spare, you can even build a guard tower in an area where you can see the whole village at once. This will be important later, when you invite a siege upon your fair city.

Finally, if you have the resources to spare, you can even build a guard tower in an area where you can see the whole village at once. This will be important later, when you invite a siege upon your fair city.

The next step is creating a trading hall inside your well-defended village. You’ll need enough space to for one of each profession block, as well as enough beds for your workers to sleep in. Think of this building as the keep of your castle, where your closest allies will work for your benefit.

The profession blocks are as follows:

You’ll eventually want one of each, but we recommend getting the Fletching Table, Grindstone, and Lectern first. These workers trade for some of the easiest items to acquire, so it’s a great way to start earning emeralds quickly. They also have the biggest payoff when you’re finally ready to start spending emeralds.

The next step is to fill up some chests with sticks, sugarcane, and coal. Thankfully, all of these resources are pretty easy to find.

Sticks are one of the first items you’ll encounter in Minecraft, so they’re easy to get ahold of. You’ll want to clear a few forests’ worth of trees for the sake of trading. These can eventually be traded with the Fletcher for emeralds.

Coal is the hardest to farm, but it’s still pretty common and can be easily found in mountains and underground. All you need is a wooden pickaxe, but a pickaxe with the Fortune enchantment will maximize your yield. This resource can go to any of the metalworkers, like the Weaponsmith or Armorsmith, as well as the Fisherman.

Other resources will also be helpful, but you’ll want to check in with each of your Villagers. Their requested items can vary per Villager, and sometimes per biome!

In any case, don’t start trading with your workers just yet. We have one more task to accomplish in order to take control of the economy.

The last step of our process will involve quite a bit of fighting. You should get ahold of at least one suit of iron armor and a few choice weapons before you proceed.

You’ll need to go out and find a group of Pillagers — wandering mobs that resemble Villagers, but carry crossbows and attack on sight. If you’re lucky, you can find them living in massive towers visible from far in the distance, where you can also usually score some good loot.

Once you find the Pillagers, slay their leader (the one wearing a flag with a threatening symbol on its back). Doing this will give you the “A Bad Omen” status effect.

It’s worth killing the rest of the Pillagers as well, especially if you have a weapon with the Looting enchantment. They may drop emeralds themselves!

Raiders on the Horizon

Once you have the Bad Omen on you, you’ll want to prepare yourself for more battle, then return to your village. Entering the boundaries of your village will trigger a Pillager raid — revenge for your slaying of their captain.

These raids spawn a mass amount of various hostile mobs, including Evokers, Vindicators, and the dreaded Ravagers. They come in waves corresponding to your difficulty level. Killing these mobs is a great way to get added emerald drops, and can help you acquire high-level gear like enchanted books or the Totem of Undying.

When you successfully defend the Villagers from this attack, your Bad Omen will be replaced with a new status effect called “Hero of the Village.”

The Villagers, unaware that you actually caused this attack on purpose, will be so grateful that they’ll offer you a massive discount or bonus on any items you want to trade with them. This can massively increase how many emeralds you can acquire from the villagers, and also make spending those emeralds much more efficient.

While this method takes a lot of skill and some grit, it’s the best way to gather lots of emeralds at once and give you a place to spend them at the same time.

Becoming a Hero of the Village is also a really fun activity in Minecraft, as it engages with many parts of the game at once. There’s the creative wall-building at the start, the exploration to find the Pillagers, and the massive combat at the end.

That’s it for our guide on the best way to get emeralds in Minecraft! Let us know your questions in the comments below, and make sure to sign up for our newsletter for more guides like this.

Best Ways to Get XP in Minecraft 1.19