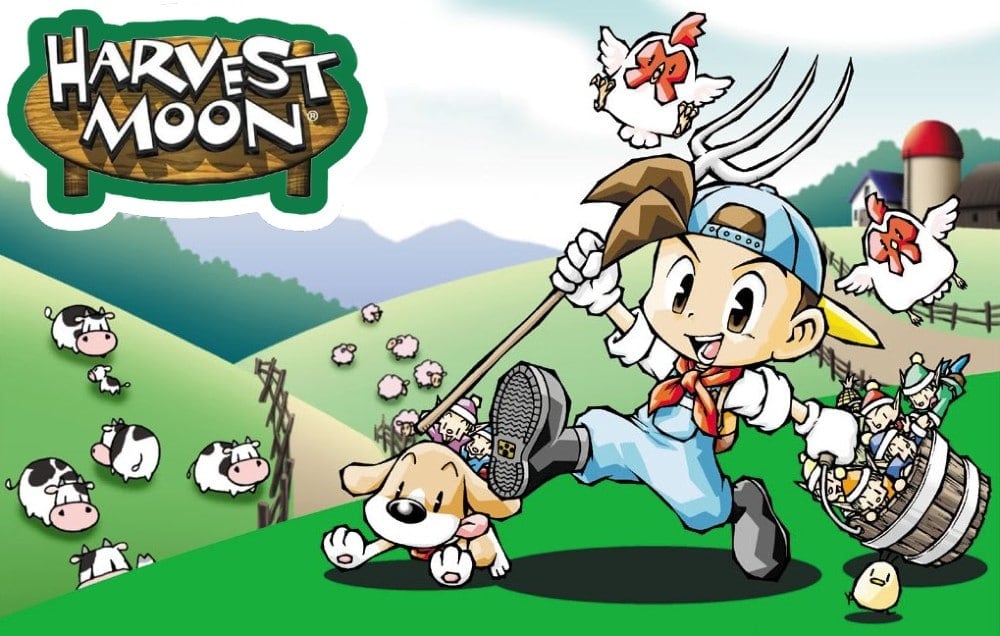 Ah, Harvest Moon — also known as Story of Seasons depending on when and where you ask. It’s the quintessential farming simulator, one that’s remained a top-tier Nintendo staple since the SNES. At its best, all the worries of life melt away as you cultivate crops, grow friendships, and steadily turn the chaos of farm life into order one day’s worth of energy at a time. And at its worst… it’s still pretty good. Here, we’ve curated a list of the Harvest Moon games ranked from best to worst.

As a part of Nintendo’s core catalog, new Harvest Moon experiences roll out regularly. New consoles mean new games in the series. Even Sony can’t resist its charm — with the Playstation, Playstation 2, and PSP all receiving their own slices of Harvest Moon goodness. With all this moon to harvest, what’s a gamer to do? Where should you start?

If you’re a newcomer, we want to help you find the best entry point to start your new life on the farm. If you’re a longtime veteran, allow us to share which ones we found the most engaging — and perhaps most worth a replay.

Before we begin, let’s address the elephant in the room: this will be the only place in the list you see Rune Factory or Stardew Valley mentioned. This is a list of all Harvest Moon games ranked — not a list of farming/slice-of-life simulators. While those are great games and certainly worthy of honorable mentions, they’ll be left for other reviews to cover.

One of the handfuls of Harvest Moon games launched on a Sony console, Harvest Moon: A Wonderful Life, sought to fulfill that “wonderful life” promise. It’s one of the only games in the series where the child you have with your sweetheart can grow up to become an adult, taking the endgame beyond what was possible in previous titles.

Hybrid crops keep the farming loop interesting by encouraging experimentation, and farm fields of varying fertility force the player to make some unique decisions about what to plant and when.

While Harvest Moon: Light of Hope may look like a cheap mobile knockoff, don’t be fooled. What it lacks in aesthetic character it makes up for with solid gameplay and exciting events.

Participate in the Dog Racing Festival to showcase what your favorite pet can do. Grow crops, gather materials, fish, and mine to your heart’s content — all your favorite mechanics are featured here, offering plenty of ways to unlock that sweet, sweet flow. And with a PC version and two-player mode, you can now play Harvest Moon anytime and anywhere, with any friend you like.

8. Story of Seasons: Trio of Towns

Like The Tale of Two Towns that came before, Story of Seasons: Trio of Towns puts players on a farm amid three unique and visually distinct towns. If two towns are good, three have to be great, right?

And that’s pretty much the case here. The art direction is crisp and robust, giving Trio of Towns a visual flavor that’s only rivaled by a handful of other games in the series. You can bring your pets with you around town as well, and part-time jobs give you plenty to do once you’ve tended to your crops and livestock for the day.

While the 3DS had a previous Harvest Moon title in the form of a port of The Tale of Two Towns, Harvest Moon 3D: A New Beginning was the first full-fledged entry built from the ground up for 3DS. And the 3D mode pays dividends for those seeking full immersion in their idyllic farming life.

A New Beginning also offered a robust multiplayer component — not a first for the series, but a first to make it fun and potentially profitable for players to play together.

The first DS-flavored version of Harvest Moon stuck close to the tried-and-true, avoiding the risk of alienating fans. While Harvest Moon DS is a solid entry in the series, don’t expect to find anything new here — aside from making full use of the two-screen design.

If you love Harvest Moon, the DS version offers more of your favorite thing. Unlike previous games, you have the freedom to make use of fields all across the playable area. And unlockable content can be earned by inserting your Friends of Mineral Town or More Friends of Mineral Town game(s) into the GBA slot of a classic DS, thus offering longtime fans a little reward for their loyalty.

It was the best of times. It was the worst of times. But fortunately for fans, Harvest Moon: The Tale of Two Towns was one of the top games in the series.

The storyline involving the titular two towns takes this game to the next level, offering more worldbuilding and visual flavor in town design than players were used to. Likewise, the dating system with eligible bachelors and bachelorettes elevated the romance minigame to new heights. While the restrictions on what you can grow and do in each town may frustrate completionists, The Tale of Two Towns is a story well worth taking the time to hear.

Story of Seasons offers a wealth of gameplay for fans of crafting, giving you hours of gameplay that doesn’t involve a watering can or shovel. Customization was top tier here, and a redesign of the market system meant you actually had to do the legwork to find buyers for your goods — and beware of supply and demand!

The Switch upgrade overhauls the visuals, of course, bestowing the game with a new and charming chibi art style. The best friend system keeps interactions with the townsfolk interesting even into the endgame. And customization in the form of costumes and multiple characters per gender corrects the original title’s lack of options.

They offer an incredible sense of flow throughout, with simple yet satisfying gameplay that keeps you coming back for more. While the endgame suffers a bit compared to other titles in the series, it will be dozens of hours before you see all there is to see here.

The world was larger than ever before, and it rewarded players for exploring with epic item drops and loot. Cooking and fishing were a joy instead of a chore, and customization for your farm and home were robust enough to give Animal Crossing a run for its money. Cap it all off with a solid storyline leaning on music as the means to freeing the harvest goddess, and you’ve got a recipe for the best Harvest Moon has to offer.

So you made it to the deep cuts! Perhaps you’ve had your fill of the mainstream entries in the series. Or perhaps you’re just a fan of the obscure and retro. If you aren’t put off by pixelated graphics and unrefined mechanics, the farming fun continues into the back catalog.