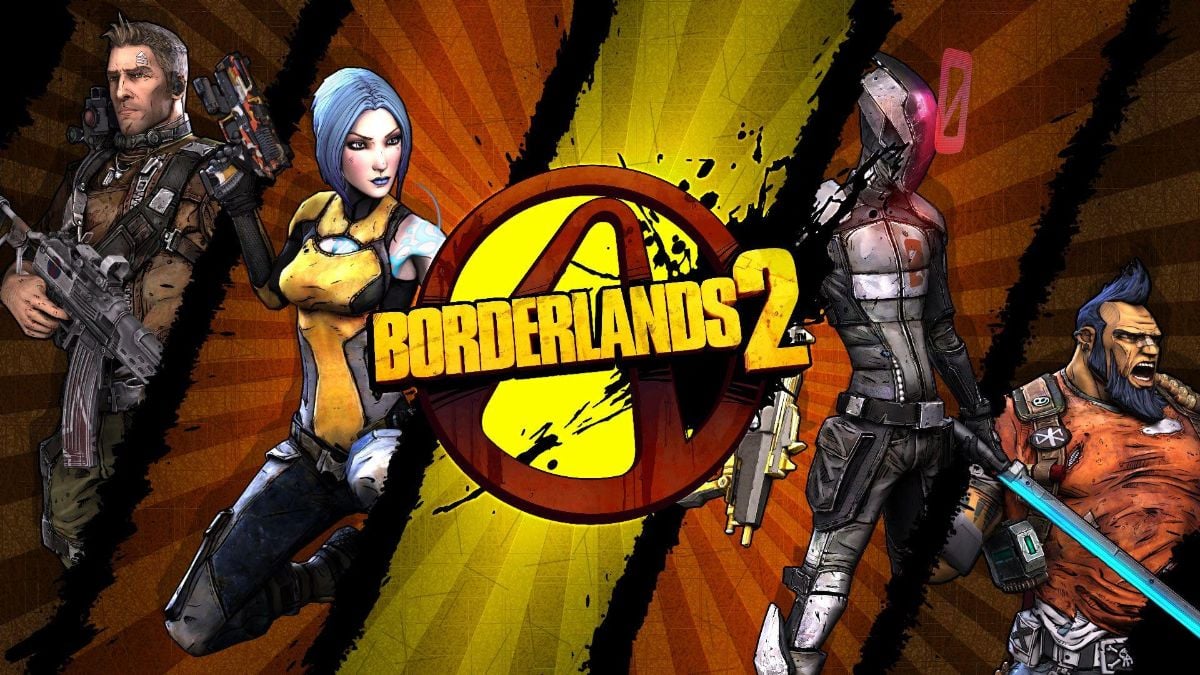 Borderlands 3 was released to rapturous reviews last year, but its predecessor from 2012 remains a fan favorite. To this day, Borderlands 2 is the most unanimously beloved installation in Gearbox Software’s signature series. That’s why we put it at number one on our list of Borderlands games ranked. It’s been repackaged and resold numerous times, adding new textures, skins, quests, and playable characters with each iteration.

New players are still joining the servers even though the game is over eight years old. This is partially due to the game’s inclusion in The Handsome Collection, which combines Borderlands 2, Borderlands: The Pre-Sequel, and all of their DLC in a single package. The collection has been free on nearly every gaming platform at one point or another and is regularly featured in big sales.

Another reason is simply that the game still holds up. The stark black lines and vibrant colors of its comic-like design work well with the bombastic chaos of the gameplay and gives the game a timeless feel. It feels just as good sniping Psychos and battling Badasses today as it did when we still thought the Mayan apocalypse would end us all.

One of the most important decisions you make in the game happens right in the beginning, when you have to choose a character and their associated class. “So,” some of you newcomers may be wondering, “who is the best Borderlands 2 character?”

Well, friends, we’ve put together a ranking of the Borderlands 2 character classes to answer that question once and for all!

There are a couple of quick qualifiers we want to get out of the way before we figure out what is the best character in Borderlands 2.

Firstly, BL2 is an incredibly well-balanced game. Every character has unique abilities that favor certain use cases, and none of them are necessarily weak or bad. Don’t be discouraged if your favorite character ranks lower than you expected — it probably just means they’re a bit more niche than the others.

Secondly, this list will be including both DLC characters on top of the original four. These characters are included in The Handsome Collection but may need to be purchased separately if you have the vanilla version of the game.

Thirdly, it’s important to keep in mind that each character has three different upgrade trees. You won’t be able to max out all three, so your results may vary depending on how you use your upgrade points and which abilities you end up with.

Are you ready to take on Handsome Jack? Here’s our list of Borderlands 2 best classes ranked!

The best Borderlands 2 class for chaos

Krieg was the last character to be added to the Borderlands 2 roster back in March 2013. The Psycho has an ability called Buzz Axe Rampage that makes him go into a fit of rage, exchanging his guns for a giant, two-handed axe that deals 500% melee damage and has a self-heal on every kill.

The Psycho is kind of the wildcard of the group of Borderlands 2 classes ranked (which is really saying something in this game). You can make him grow into a Mutant Badass Psycho and smash his enemies with brutal melee attacks, focus on weapons and grenades, or light yourself on fire to deal extra fire damage while you run screaming through the battlefield. This makes him a lot of fun to play, but tactically difficult to place. Being locked into a melee build can prompt a lot of challenges.

Krieg’s Bloodlust tree focuses on kill skills and bloodlust stacks, his Mania tree on melee, and his Hellborn tree on upgrading fire damage.

The best Borderlands 2 class for veterans

I wouldn’t recommend most new players use Zer0 on their first (or even their second) Borderlands 2 playthrough. That isn’t to say he’s not worth playing, he’s just difficult to use and doesn’t get really good until his best abilities are unlocked fairly late into the game.

The Assassin is best suited to melee combat and sniper rifles. So much of the game comes down to battling waves of mid-range enemies, though, which is partially why we hesitate to recommend him. His health is also lower than most of the other characters’.

That said, Zer0 has some of the best endgame abilities and is much more useful when paired with a tank like Salvador, Axton, or Gaige. His special ability, Decapitati0n, allows you to create a hologram as a distraction while Zer0 himself turns invisible.

When upgrading, you can pursue the Bloodshed tree for melee skills, Cunning for utilities and damage effects, and Sniping for… well, sniping.

Maya is the Siren, which is the closest thing Borderlands 2 has to a support/healer class. Her Phaselock special ability creates a stasis bubble, which starts as a simple midair suspension and evolves to become a damage-dealing force cage.

When playing a Siren, your core strategy pretty much revolves around this special ability. Phaselock has the lowest cooldown of all class special abilities, and it’s great for crowd control. Solo players can have a lot of fun as Maya, but you won’t experience her full utility unless you venture into multiplayer. Check out this “nurse build” if you want to see the best way to play her for support.

You can pursue Maya’s Cataclysm tree for upgrading damage types, her Harmony tree for building up defense and health, and her Motion tree to make Phaselock more of a defensive ability.

The best Borderlands 2 class for beginners

What is the best Borderlands 2 character for beginners?

If you want to swap, reload, and shoot faster using any gun in the game, Axton’s your guy. Axton is the most well-rounded character in the game, and we consider him to be among the Borderlands 2 best character for solo play. He’s also the best character for beginners who may not know their preferred playstyle, as many of his abilities upgrade the basic mechanics of the game.

His Sabre Turret ability is useful in almost any situation. You simply drop a turret, and it starts firing at the nearest enemy. This is especially useful when you’re playing by yourself since you can use the turret to draw the aggro of enemy crowds while you shoot from the sidelines and regain your shields.

The best Borderlands 2 class for bosses

Gaige is the other DLC character on this list. Do you like giant robots and explosions? Well, I’ve got good news. Gaige’s special ability, “Death Trap,” allows her to summon a massive-floating-killer-robot of the same name. Like Axton’s turret, Death Trap is also useful for drawing enemy fire.

A lot of the Mechromancer’s abilities are shock damage-based. This can be a little bit of a mixed bag. Shock is 50% more useful against enemy shields, but it suffers a 10% penalty against flesh. It’s also useless against zombies, and Tankensteins are actually healed by it.

The real reason we ranked Gaige so high is her Anarchy stacks. Anarchy goes up with every kill and every empty clip. Each stack grants a 1.75% attack damage increase and a 1.75% accuracy decrease, with a possible max of 400 stacks. Pairing this ability with a shotgun at close range makes her the ideal character for dealing with bosses. After all, accuracy doesn’t matter point-blank.

Guns, guns, and more guns! Salvador is our pick for the best Borderlands 2 character classes ranked, which will come as no surprise to anyone who’s played him. Gunzerking allows him to wield any two guns simultaneously, but the main reason he takes our number one spot is a popular hack that utilizes this special ability.

Certain guns in Borderlands 2 can heal the player while they do damage. The Grog Nozzle is a particularly effective one that not only heals you for 65% of the damage it deals, but also slags enemies (which forces them to take additional damage). Using these features in conjunction with another, more powerful gun like the Unkempt Harold makes Salvador virtually unkillable while dealing massive amounts of damage. This technique is so broken that you can pretty much muscle your way through the whole game with it.

The Brawn tree builds up the Gunzerker’s physical toughness, the Gun Lust tree makes his weapons stronger, and the Rampage tree adds stat bonuses to Gunzerking.