10 Best Open World Games in 2021 for Exploration and Adventure 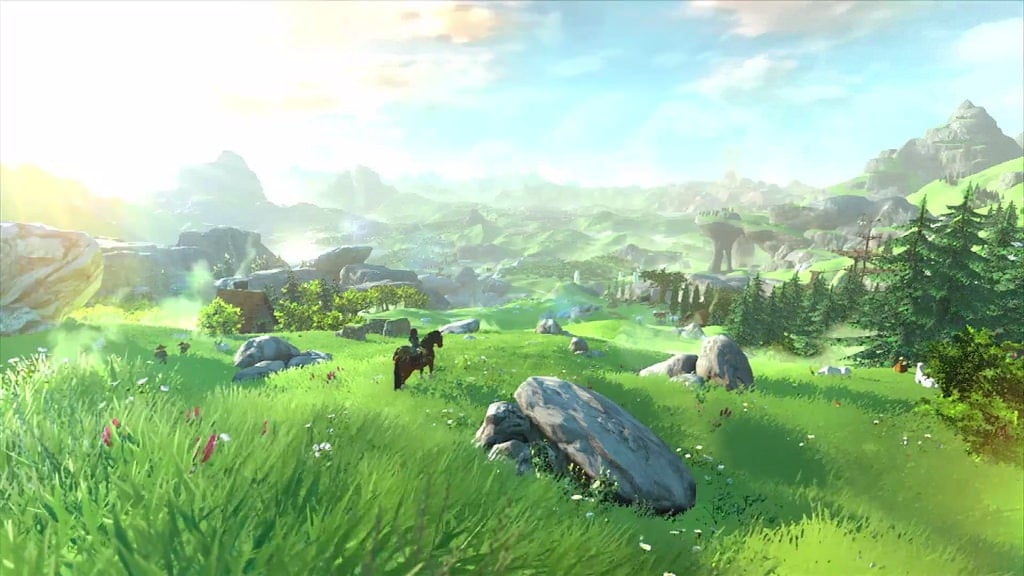 In fact, you’re free to roam the map, complete objectives, and manage your character’s destiny all on your own terms. Sound intriguing? This article walks you through the top 10 best open world games on the market, ranging from action-adventure titles to shooters and more. Think you’re up for the challenge? Let’s get started.

We’ve curated this list of the top 10 best open world games to help you find your next play-through title.

One of the best open world games for Xbox One

Fallout 4 is set in the post-apocalyptic United States in the year 2287, two centuries after a nuclear war that ravaged the world. Players assume control of the Sole Survivor, a character who found refuge in a cryogenic fallout shelter those hundreds of years ago. Dazed and confused, the Sole Survivor exits the vault and the adventure begins.

One of the best open world survival games for PS4, Fallout 4 is full of exciting survival-based gameplay. Explore, collect resources, build forts, and defend against raiders and radiated beasts! The huge open world map is perfect for roaming and adventure, and this game packs enjoyable mechanics for all types of players.

One of the best open world RPG games

Skyrim is a groundbreaking open world RPG that features a gargantuan sandbox environment. Released in 2011, the game continues the Elder Scroll tradition of restriction-free gaming, allowing you to travel freely across the map and take part in any number of activities and quests. As for the gameplay itself? You start the game as a player character located in Skyrim, a northern province of Tamriel. Your primary objective is simple (and it’ll probably get you killed) — Alduin the World-Eater is set to destroy the world, and it’s up to you to stop him. In the meantime, you’re free to explore, collect resources, take down enemies, hang with NPCs, and loads more. Skyrim is one of the best video games of all time, and it’s available for every major game system.

One of the best open world games for PS4

Released at the end of 2018, this Playstation 4 exclusive has quickly jumped the ranks to become the best selling PS4 game of all time. Indeed, the gameplay is fluid and the number of possible activities are nearly limitless. But what makes it so special?

Spider-man takes place in third-person perspective and has you assume the role of your friendly neighborhood, well, Spider-man. Sling across New York City to fight crime, explore the territory, and just have fun. You’ll be joined by a number of infamous super villains including Electro, Vulture, Scorpion, and others — all intent on tearing your city apart. Is your spider-sense tingling? Immerse yourself in Marvel’s Spider-man today.

One of the best open world driving games

Grand Theft Auto V is one of the most distinguished games of the decade, and it’s been met by widespread critical acclaim. Moreover, the title maintains its popularity and features a giant user base of regular players. But how does it manage this?

The game is set in San Andreas, and players take on the role of Michael, Trevor, or Franklin, three friends that took part in a botched robbery nearly a decade ago. Years later, and they’re living separate lives. That is, until they’re not. Hop on board the rollercoaster storyline for exciting car chases and crazy stunts, or drive around San Andreas to cause as much mayhem as you can. The giant open world map is yours to explore and ravage.

One of the best open world survival games

Mine to collect resources. Craft those resources into gear, forts, and more. And — watch out for those ever-looming creepers! Minecraft is one of the best open world survival games, and it features a giant procedurally generated map that changes shape every single game!

Minecraft started a cultural revolution and was a game-changer in the open world genre. From indie title to being available on every single platform imaginable, you can expect incredibly fluid mechanics, streamlined game modes, and endless hours of fun.

6. The Legend of Zelda: Breath of the Wild

One of the best open world games for Switch

A top contender for game of the decade, the Legend of Zelda: Breath of the Wild took the open world genre to new heights. This game continues the LoZ franchise while breathing in fresh life thanks to its genre-defining mechanics. How does it work? Well, the first couple hours of gameplay are spent on a plateau where you learn the basics of the game and unlock all the primary skills and gear to help you on your journey. After that, the whole world awaits. Explore the land of Hyrule and access the complete map by unlocking towers across the realm. And when you’re ready, grab the Master Sword to take down the Calamity Ganon. With no wireless connection necessary, access is easy, and it’s one of the best open world games offline.

One of the best open world adventure games

Red Dead Redemption 2 is yet another hit by Rockstar Games. What makes it so special? You can dive into the immersive storyline, or you can travel the open world and complete activities at your leisure. What’s there to do? Well, you can participate in shootouts, heists, hunting, and more. And with a unique ethics system, every major choice you make either boosts your morality… or not. So, are you good or bad? Hop into Red Dead Redemption 2, one of the best open world hunting games, and make your mark.

One of the best open world FPS games

Far Cry 5 is a masterpiece open world action-adventure game published by Ubisoft. Set in Hope County, Montana, a doomsday cult threatens to unleash havoc on nearby lands, and it’s up to you to stop them. To access the giant world map, all you need to do is complete the game’s introductory missions. From there, the sky’s the limit.

Earn Resistance Points by completing specific actions throughout the map’s major regions, and accumulate enough to unlock the next part of the main storyline. As for more leisurely activities? There are a number of different skills to level up and side-quests to take part in. And if that weren’t enough, Far Cry 5 features a map builder and multiplayer mode for even more excitement and opportunity.

One of the best open world games for PC

Continuing the lineup of Assassin’s Creed titles, Odyssey debuted in 2018 to widespread critical acclaim. The game is set in the year 431 BCE, and the storyline details the history of the Peloponnesian War that was fought between Sparta and Athens. Assume the role of a powerful mercenary and fight to uncover the truth behind the war’s mysterious beginnings.

Available on PC and every major console, Odyssey is a multi-platform juggernaut that appeals to a wide audience. The open world is perfect for players who enjoy exploration, while the main storyline captures your attention with the perfect blend of intrigue and mystery. The game boasts many popular Assassin’s Creed mechanics, while also presenting new features like a refreshed skill tree and character set.

One of the best open world multiplayer games

World of Warcraft perfectly represents the open world concept, and it was a major pioneer in the industry. After a standard tutorial process, players are given access to a wide swath of map. While it would be unwise to travel to many areas due to powerful malevolent forces lurking in the shadows, players maintain the ability the come and go as they please. Throughout their journey, players can level up, gain new skills, and accumulate powerful new gear. Plus, the primary story presents many new game mechanics and opportunities, and it unlocks even more areas for exploration.

What are Open World Games?

An open world game is a type of video game that features a free-roam sandbox environment for players to explore and adventure in. Compared to traditional games that feature a restricted map and linear game progression, players are free to complete activities in the virtual world whenever they choose.

In addition, the best open world games generally include an overarching storyline that connects players to their avatars and keeps them immersed in the title. The result? Players experience a greater sense of simulated reality and a deeper connection with the player’s avatar. And, they’re committed to working through the oft difficult environment to unlock even more content and progress through the story.

Naturally, open world gameplay results in unique and exciting situations, and a variety of titles utilize these types of mechanics. In fact, there are a number of cross-genres that often rely on open world and sandbox level or map designs, including MMOs, RPGs, action-adventure titles, survival games, and more.

Since the player is actively writing the storyline based on his or her in-game decisions, everything becomes personal. Moreover, the player becomes emotionally invested in the outcome and the storyline takes on a whole new meaning.

Procedural generations means that the game world utilizes an AI algorithm to switch up the map every time a person plays (think Minecraft). This is exciting because players get a brand new experience every time they jump into the game.

3. There are varying degrees of open world mechanics.

Emergence occurs when a player interacts with the world and a new situation or construct emerges. Many popular titles allow the player to physically alter the environment, and this is growing more prominent as physics engines become more powerful.

5. The genre is evolving.

Open world games were first developed during the early years of video games, back in the 1970s and 80’s, with titles like Zelda and Ultima. And, the genre continues to grow and evolve as innovative new titles launch new mechanics that change the scene entirely.

If you enjoyed our list of the best open world games, you’re sure to love our other amazing roundups: