The 8 Best Hearthstone Streamers in 2021 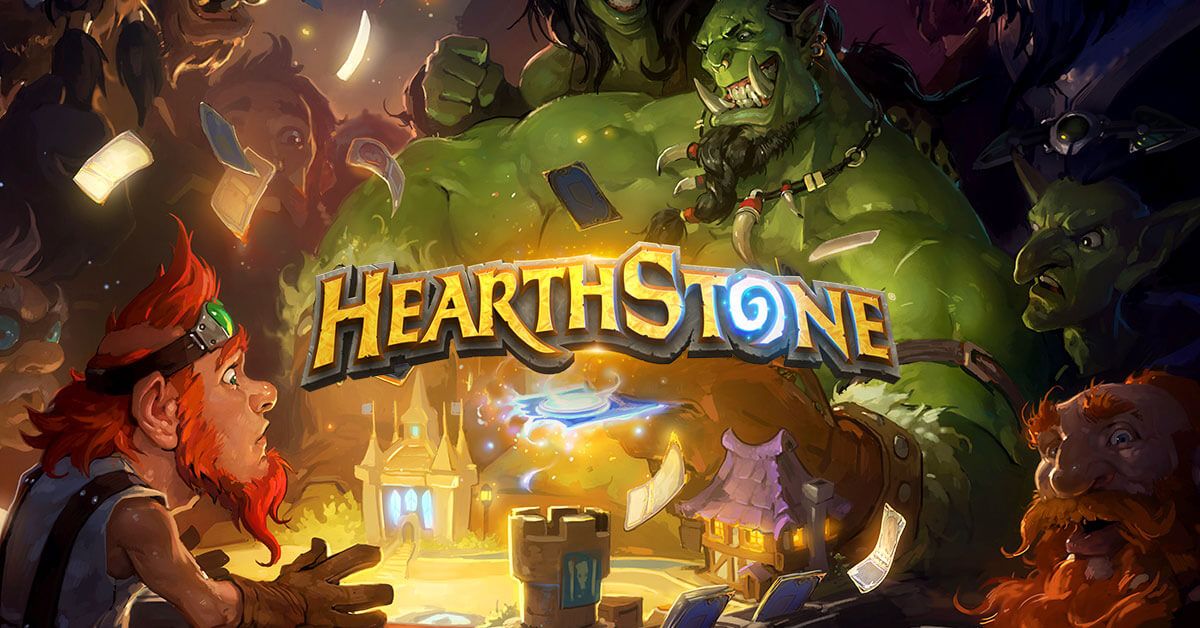 Join us as in this week’s content creator roundup as we check out the best Hearthstone streamers around the world!

There’s a long history behind trading card games. Fandoms have risen around everything from Magic: the Gathering to Pokemon. Adapting this cultural cornerstone to a digital format has been something game devs have been doing for years with varying degrees of success. Of all the games that have made it to the digital world, none have been more culturally significant than Hearthstone.

Based on the game’s consistent updates, we can assume there’s a lot of new stuff to learn whether you’re a veteran, someone who dropped off the game a while back, or a brand-new player looking to try it out for the first time. One of the best ways to learn the ropes is by watching one of the many amazing Hearthstone streamers on Twitch. Even if you already know what you’re doing, it’s always fun to talk strategy and watch a good player face off against a skilled opponent.

Finding the best streamers to watch can be tricky, though. Good thing we’ve decided to make this list of the eight best Hearthstone streamers in 2021!

Warm your frozen boots by the fire. Get your decks ready and don’t spare the mana, because here comes our list of the eight best Hearthstone Twitch streamers!

Kripparrian, aka Kripp, is an easy choice for the best Hearthstone streamer. Octavian Morosan (Kripparrian) started with playing Diablo 3 and World of Warcraft, but has been calling Hearthstone home for the last few years. Not only is he a master of the game, he’s also the only streamer on Twitch who has more followers than the game’s official channel at 1.4 million! On top of that, he won the “Favorite Hearthstone Stream” and Most “Engaged” Viewers categories at the Blizzard Stream awards back when the game came out in 2014.

One of the things he’s known for is drafting innovative, non-traditional decks. He has a history of doing very well in the Hearthstone arena even when he draws cards most players would cringe at.

He has one of the oldest and most active chats on Twitch, which has spawned a number of memes and copypastas over the years. He also runs an active YouTube channel where he regularly uploads highlights, discussions, and how-tos.

For more Kripp, check out his Twitch channel here.

The best Hearthstone streamer for learning

No, not that Trump.

Jeffery “Trump” Shih is the self-proclaimed “Mayor of Value Town.” He likes to examine every move in a strategy from the perspective of ensuring that he is getting the most value possible. He’s been with the game ever since it was in beta and received one of only eight invites to the first Hearthstone Championship. He used to play for Tempo Storm.

None of that makes his stream unapproachable, however. He’s constantly explaining his strategies to the chat as he plays, breaking them down and making them easy for his viewers to understand. Trump has a reputation for producing a lot of newbie-friendly educational content. He has a series of basic starter deck builds to help first-timers get started.

Haiyun Tang, AKA Eloise, is a Chinese Hearthstone streamer, though her stream is primarily in English. She used to be a WoW shadow priest in the STARS guild and currently plays Hearthstone for Tempo Storm. She’s been top four in CN vs. NA 2013, 5th in Road to Blizzcon 2014, and top eight in the China Golden Series 2014 grand finals. In short, she’s got skills.

Despite all that, her stream is pretty approachable. Eloise has a friendly demeanor and a very positive and welcoming community. It never gets old watching her drop anime music into her stream. The mods on her channel work hard to keep the chat positive and make sure everyone is having fun.

Choosing the best female Hearthstone streamers hasn’t been as clear cut since Hafu left the game (as a matter of fact, they’re friends IRL), but Eloise is a great player with a delightful fan base and a stream that’s always fun to watch. She has certainly distinguished herself and earned a spot on our list.

Many big streamers play arena, but it’s tricky to find one that plays it enough to consider them an arena-streamer. Luckily there’s GrinningGoat, a channel featuring not one but two arena masters, Haiwei (ADWCTA) and Yan (Merps).

These two top-level Hearthstone arena and battlegrounds players have been friends since middle school. They joined forces to create GrinningGoat with a plan to establish the best Hearthstone arena Twitch channel. Both were already arena players who had “gone infinite” with historical averages of 7.4+ wins per run, but they set up their stream in conjunction with their YouTube channel and a website featuring one of the best-regarded arena draft companion apps on the market. Their YouTube channel has guides, playthroughs, and recordings of all their win runs. They also have a podcast called Lightforge, where they do deep dives into everything there is to know about arena and battlegrounds.

The GrinningGoat alternates between the two (as they each do solo streams), but it also features co-op runs that they do together. They play all classes evenly and always start their co-op runs from the pre-draft. Watching them play together can be especially enlightening for viewers, as they discuss their strategies in-depth before making a play.

Next up on our list of the best Hearthstone streamers is Dane McCappin. Finding a good streamer who specializes in playing wild Hearthstone can be tricky, as it isn’t the most popular mode in the game. Dane is a rare exception.

Dane is a U.K. based streamer who used to play for the esports and gaming entertainment organization Fade 2 Karma. He is known for his deck building, often making creative combinations of cards that can be used to create unique and interesting effects.

Like so many others on this list, Dane also runs a YouTube channel. He has a “Reasons to Play” section on his channel, where he talks about individual cards and combos. He breaks them down into their various uses and explains the situations where they might come in handy. He also keeps a playlist of highlights that now has over 500 videos!

David “Dog” Caero is a Twitch streamer from Fort Worth, Texas. He started with Complexity gaming in 2014, then played for Team Liquid from 2015-2019 and currently plays for the Golden Guardians. He’s ranked first in Hearthstone standard play multiple times, but now he mostly focuses on streaming.

As competitive as he can be, though, Dog never really loses his cool. He has a very calm demeanor that helps him maintain focus and makes for a very chill viewing experience. This also seems to have attracted a similarly mellow fan base. Everyone who comes there comes to hang out while they watch a pro do what he does best.

TwitchMetrics currently has him ranked as the fourth most popular Hearthstone streamer on Twitch with an average viewer count of over seven-thousand and almost 600,000 followers.

Thijs Molendijk is a Dutch Twitch streamer. He’s one of the biggest Hearthstone streamers in the world, but he’s gained more popularity in Europe as the two-time winner of the Hearthstone European Blizzcon Championship. He plays for G2 eSports, which is based in both Spain and Poland.

It’s great to catch Thijs’ stream because he seems like a genuinely nice person. He always appears happy to be playing a game he loves with the community, and his chat reflects that positivity. TopTwitchStreamers quotes him saying,

“My way to stay positive is to do things I like and make the things I don’t like either a little fun or do them all together so I’m super satisfied when I got it done all.”

Thijs is up to 760,000 followers at the time of writing. He streams full time in six to eight-hour streams, five days a week, though the time zone differences make it harder for American audiences to catch him live.

The Dutch streamer Thijs can be found on Twitch here.

One of the great things about Hearthstone is that the game is run by numbers. That means you don’t even need to speak the same language as the streamer to appreciate some good gameplay. You might not be able to read the spell cards or monster effects, but trust me, you wouldn’t have been able to do that with this streamer anyway.

Vladislav Sinotov, AKA SilverName, is a Russian Twitch streamer and gets more watch hours than anyone else in the game, including Kripparrian! He’s a pro player currently a part of Team Spirit. He took first in Tier 1 EMEA Grandmasters 2020 Season 1 and the World Cyber Arena in 2016.

One of the fun things about watching SilverName’s stream is how fast he plays. He usually slaps down his cards at a break-neck pace, keeping the plays flowing as fast as the game’s UI allows. Viewers barely have time to register a selected card before it’s in play and doing some damage. It’s always fun to watch, even if parts of it are difficult for non-Russian speakers to understand.

Whether you have an experienced hand at Hearthstone or you’re a new player looking to learn the game, watching pro streamers can give you an edge. We hope you’ve enjoyed our list of the eight best Hearthstone streamers in 2021 and that it gives you the tools you need to bring your opponent’s HP to zero!