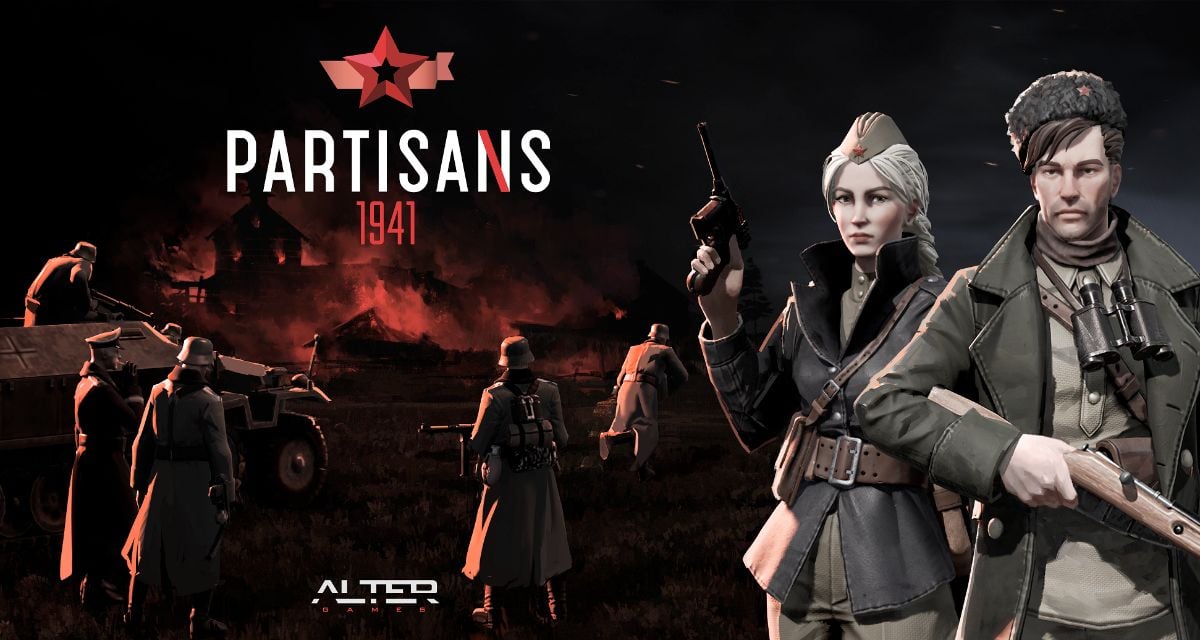 Sometimes a game comes out, and it feels like it was made for you. It’s in a genre you find interesting and offers an equally-interesting setting, and is embellished with novel mechanics and progression. Everything seems to fall into place. Such was my initial impression as I settled into a pair of Soviet boots and set about stabbing, shooting, and bombing Nazis in Partisans 1941.

Overall, that impression was vindicated to an impressive degree. The game provides engaging, satisfying stealth and ambush tactics, frantic firefights where split-second decisions prove pivotal, and a compelling setting that captures the life of a Russian partisan operating under German occupation.

But nothing’s perfect, and Partisans is no exception. Over time, bugs and glitches began to sour the experience, and my bright-eyed excitement quickly gave way to weary cynicism. Just like the Soviet Union itself, Partisans 1941 manages something of a pyrrhic victory.

While Partisans 1941’s lineage traces all the way back to games like Commando, a more recent (and probably direct) influence is the work of Mimimi Games on titles like Shadow Tactics: Blades of the Shogun and Desperados III. This notion is immediately apparent as you jump into gameplay. Everything from the cutscenes to the controls to the tutorials screams of the Mimimi formula.

Does this mean that Partisans essentially takes someone else’s game concept and delivers a somewhat clunkier version of it? Sort of (more on that later). While that dynamic is arguably present, the lasting feeling of Partisans is the significance of choosing an appropriate setting for the formula and blending in mechanical concepts from other games (XCOM comes to mind) to make for a unique experience.

For example, Partisans 1941 emphasizes a number of mechanics that wrinkle and iterate on the real-time stealth tactics formula. Characters level up and progress in their skills, allowing you to build them in whatever way best suits your needs. Your base needs to be maintained and developed as you recruit more partisans to your cause.

Perhaps most importantly, open combat is a significant element of the game’s levels, with some missions pushing you into all-out firefights full of daring and desperation. This makes perfect sense given the setting — it’s World War II, after all, and the machine guns aren’t for show. For the most part, this is a successful choice that adds a lot of choice and variety to engagements.

Levels (especially early on) are meticulously designed with intricate, interesting encounters with Polizei and Wehrmacht soldiers. You often have the choice to either pick off enemies one by one — slitting their throats and dumping their bodies in the bushes — or precisely position your soldiers in cover so that when Belozerova charges out to shoot a clutch of men with her pistol, the rest quickly crumple under a sudden storm of rifle and submachine gun fire. Perfectly-executed ambushes like that provide some of the greatest satisfaction that Partisans 1941 has to offer.

Adding to the satisfaction of said ambushes is the fact that these are your partisans, specialized as you see fit, their weapons modified and upgraded to your exacting specifications. When you have a fine degree of control over the game, it’s a masterful exploration of stealth tactics and mechanics.

Of course, much of the game’s satisfaction and quality rely on that level of control. When it breaks down, so does Partisans 1941. Some issues permeate the experience — the controls are clunkier than they should be, and there are far too many moments where closely-packed bodies and objects cause untold headaches and tiny annoyances. These problems are offset early on in the game by its precise, polished design, but become more aggravating when the polish starts to fade.

While early levels exhibit a thoughtful, scrupulous design philosophy, later ones start to break down into buggy, frustrating messes. In one level, I experienced a bug in which the arc for throwing a grenade became erratic and nigh-unusable. When I finally managed to throw the damn things, Fetisov (my grenade specialist, no less) continually dropped them at his feet and blew himself up. In another level — in which detection by the enemy resulted in instant failure — a cutscene would freeze my characters in place while allowing enemy patrols to continue, resulting in repeated, unavoidable restarts.

While these bugs aren’t game-killers, they are constant sources of frustration for the player and easily the most disappointing aspect of Partisans 1941. It seems that the most polished, well-executed levels are frontloaded, and later levels are a letdown by comparison. Just when the game should be building to a crescendo in which all of your long-term choices are put to the test in sprawling, intricate levels filled with fun challenges, you’re instead thrown into buggy arenas characterized by tiny annoyances and increasingly grating frustrations.

It feels somewhat wrong denying Partisans 1941’s greatness. At its best, this is a supremely enjoyable real-time stealth tactics game. Stealth kills and ambushes are consistently fun and satisfying to pull off, and the World War II setting — specifically dealing with guerrilla operations in the Nazi-occupied Soviet Union — provides flavor and texture that help sell the experience. But the game starts to break down as it goes on, and frustration becomes an ever-more-constant companion as you progress through the game. The Partisans that excises these bugs will truly be a great game, but I have to review the game that’s there, not the game that’s hopefully to come. The game that’s there is solid, fun, engaging, and just a tad bit disappointing.