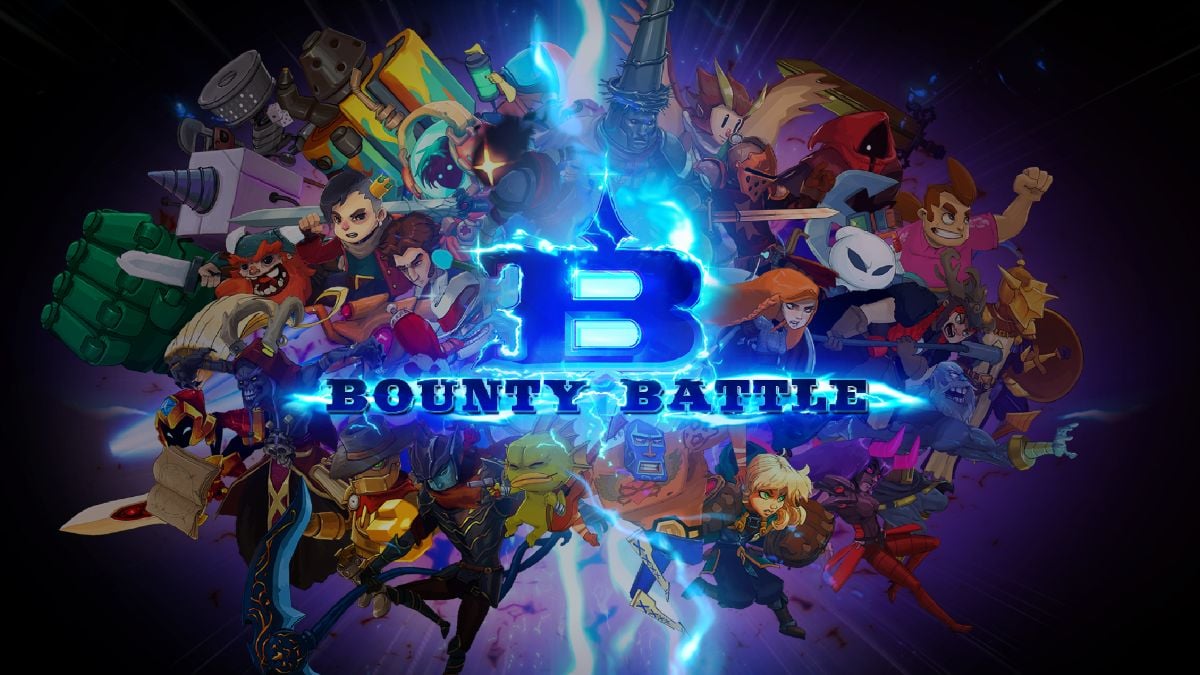 Fighting games can be quite complicated. If you’ve ever seen gameplay at the professional level, this may come across as a laughable understatement. But take, for example, something like the juggling system in Mortal Kombat games or the Injustice series. There are so many nuances and considerations in designing this one aspect of the combat.

The juggled character needs to fall progressively faster, and each hit needs to gradually deal less damage. Moreover, there needs to be clear, effective countermeasures, otherwise the whole experience for those on the receiving end will sour and turn into a frustrating nightmare (and even with all of that, people can still get annoyed). What happens when those considerations aren’t taken into account? What happens when that sort of effort and detail-oriented design is absent from the fighting game framework? Sadly, you get something like Bounty Battle.

Bounty Battle’s first and greatest strength (a notion the developers seem to agree with) is its trailer. It’s colorful and energetic and set to good music, and it sweeps through the roster of characters nicely. The game itself, however, fails to live up to the kinetic feel of the trailer. Its gameplay is a janky, unsatisfying mess peppered with numerous underdeveloped ideas.

What’s more, the visuals of the game itself never match the quality the trailer achieves, something that becomes painfully obvious when you complete a tournament with a character. You are presented with a still image of your character, and allowed to play the trailer again. The trailer plays if you hold on the menu screen for too long. One stage features an arcade cabinet whose screen is playing storyboards from the damn trailer. The result is the nagging sensation that all of the team’s effort and resources were devoted to licensing characters from other indie games and making the game’s trailer instead of constructing a balanced, fun combat system.

Let’s examine the game’s failures in microcosm. How does this system approach spamming? It’s a crutch in fighting games for people who are still learning the mechanics, one that loses its effectiveness once an opponent devises a countermeasure. Still, it can arouse plenty of annoyance among fighting game players, so how do you mitigate that as a designer? Bounty Battle’s answer to this question is deeply misguided.

If you are repeating the same move too often in certain game modes, the game will stun you temporarily, giving your opponent a window to attack. There are two major problems with this. One, the stun does not distinguish between players who are winning or losing, meaning a new player trying to escape a stunlock could inadvertently exacerbate it. It doesn’t make sense to punish people who are already losing. The other major problem is that spamming is easily the most consistently reliable strategy for winning, especially against new players.

The stun doesn’t punish every repeated move, so you can easily corner an opponent and juggle them endlessly with an uppercut equivalent. The “solution” to the spamming problem is flawed in both conception and execution, failing to address the deeper problems with Bounty Battle’s combat. Some of the most prominent issues? There’s not nearly enough clear interplay between the two opponents, and not enough moves and countermoves to make most matches compelling.

It would be bad enough for Bounty Battle to have core mechanical problems that need fixing, but everything about it feels unfinished. My progress in tournaments (which you must play through in order), and by extension, the skins I earned, were routinely erased. Why? Because the game crashed several times throughout my playthrough.

Bugs aren’t the only symptoms of a rushed, unfinished game. The minion system (which serves as one of the game’s major idiosyncrasies) and the titular bounty system both feel half-baked and underwhelming. The characters themselves never feel truly special and distinct from one another, and on the whole, they are unsatisfying to play. From top to bottom, Bounty Battle needed more time and care working out the kinks in the code and core gameplay concepts. Compared to games at similar price points (and even free-to-play fighters), it’s hard to list any reason to check out Bounty Battle.

Summary: Bounty Battle wants to be the Super Smash Bros. of the indie world, but couldn’t seem to inspire the effort necessary to make that a reality. Underdeveloped gameplay concepts and a woefully messy execution combine to make a game that is profoundly frustrating and unsatisfying to play.