IPS vs TN vs VA vs PLS Panels: Which Display Type is Best? 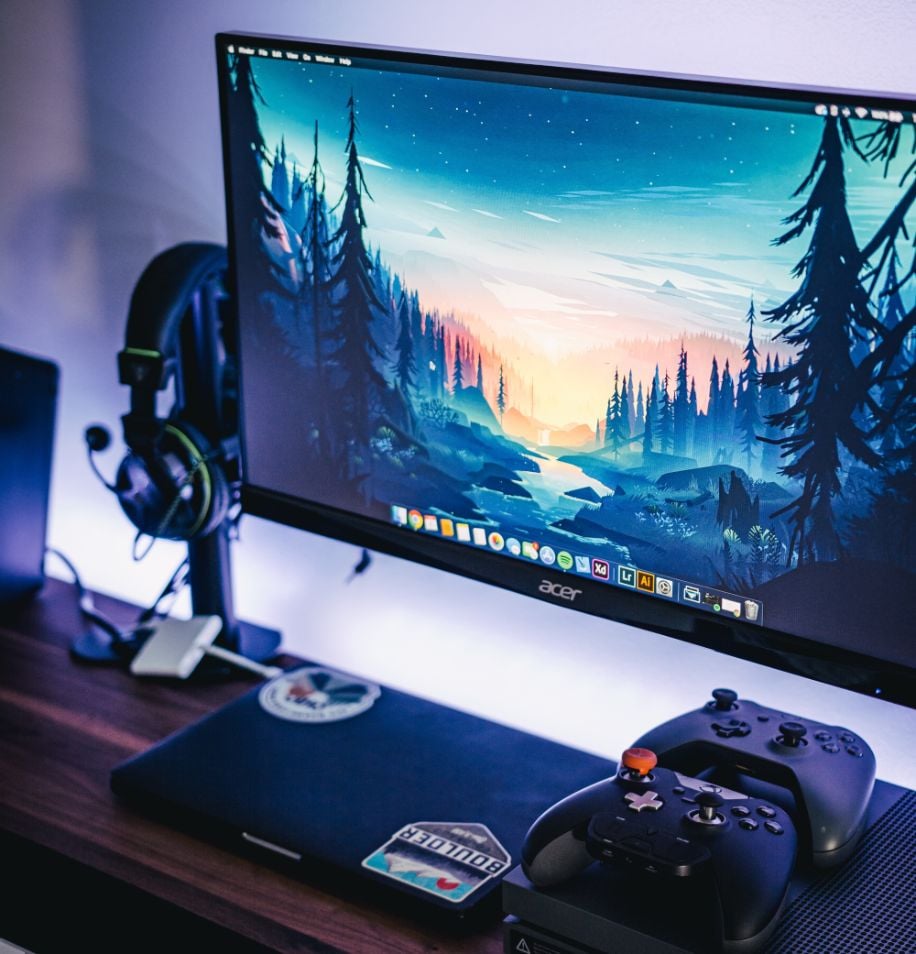 When it comes to your gaming display, you’ve got options. While this is awesome, it also means more decisions to make. And that’s a major bummer when all you want to do is game. That’s why we’ve created this guide on IPS vs TN vs VA vs PLS panels– so you can pick the best display without all the hassle.

To that end, this article takes you through the technology behind the most popular display panels on the market, and shows you exactly when to use each option. We’ve also curated a list of frequently asked questions surrounding IPS vs TN vs VA vs PLS panels for gaming. Ready to start playing with pixel-perfect image quality and lightspeed response times? Let’s get started.

IPS vs TN vs VA vs PLS: Comparison Table

In a hurry? Check out this handy comparison table to find out whether you need an IPS vs TN vs VA monitor. 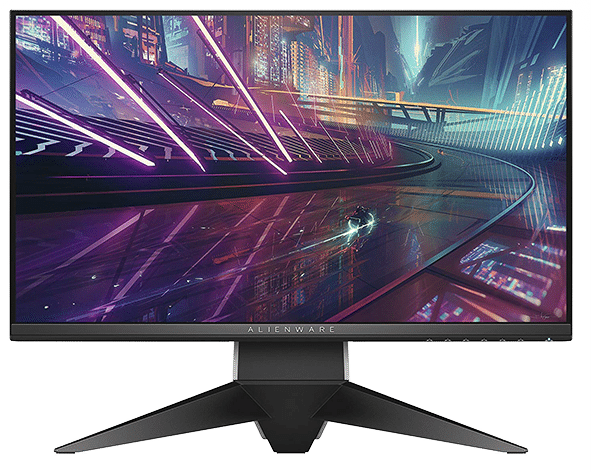 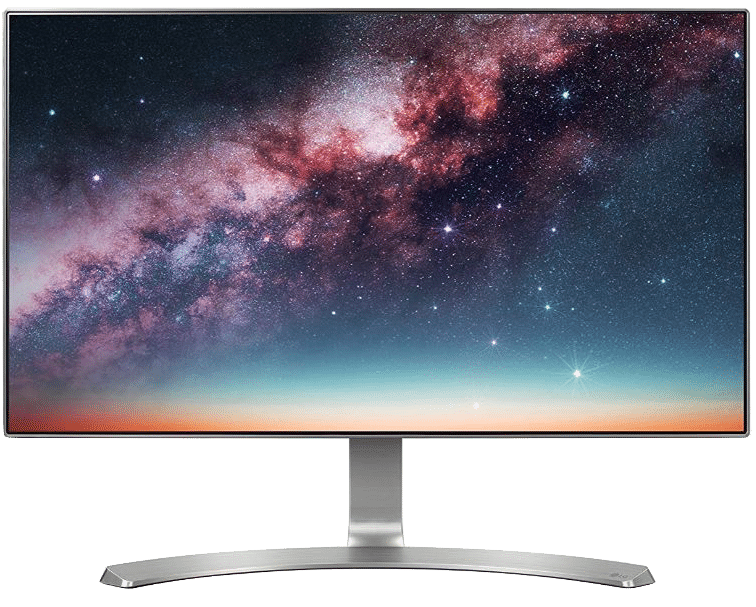 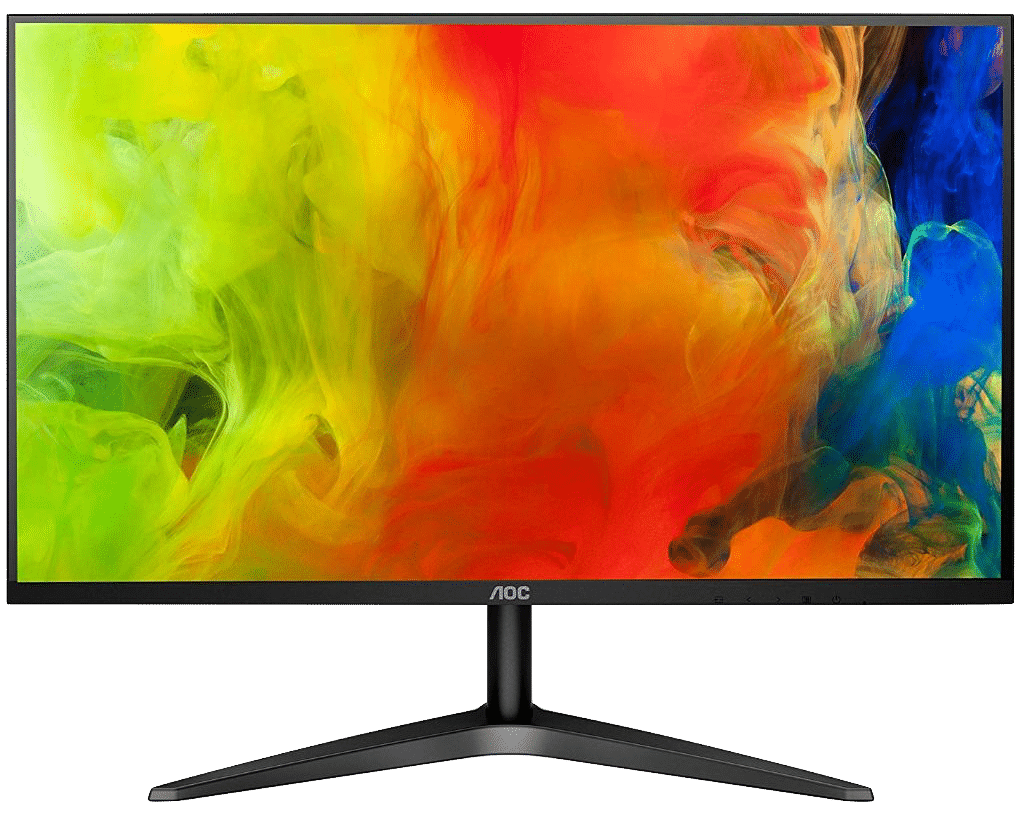 Have you ever considered how your monitor displays imagery? Think about it. One second the screen is black. Then you press a single button, and woosh! Images pop up outta nowhere.

This technological marvel comes courtesy of the LCD, or liquid crystal display, built into your monitor. How’s it work? Simply put, LCDs render images via electrical currents that light up individual pixels on your screen. Pretty cool, right? 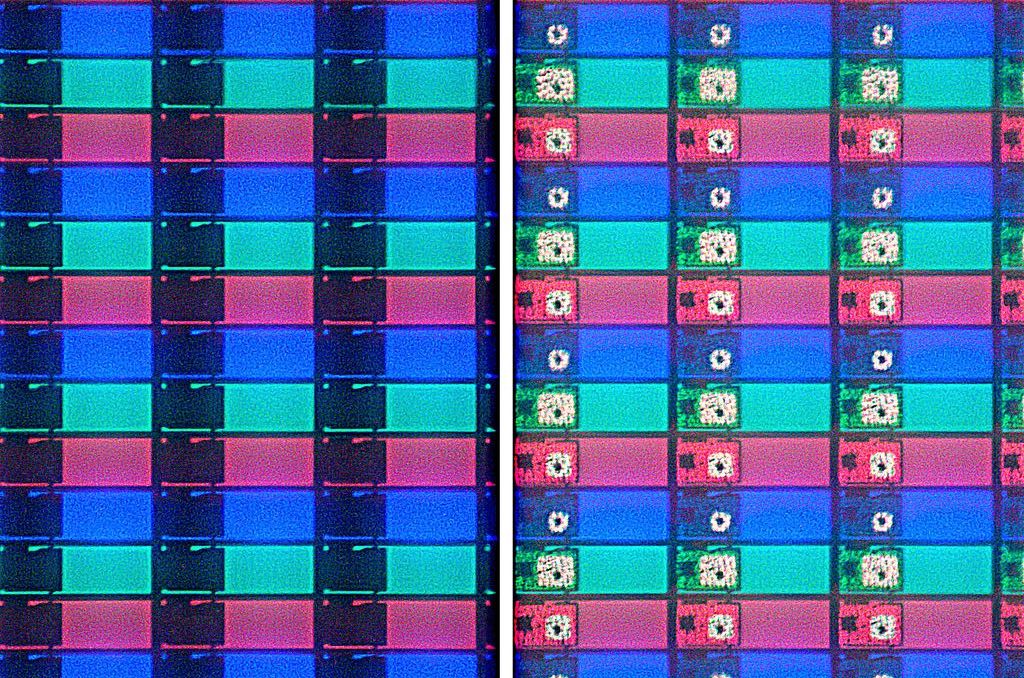 Close Up Look at a TN Panel

Now, there are several different variations of LCDs. These are known as panels. The panel is the type of LCD screen used in a display device, such as a computer monitor or television set.

What are the main panel types used in today’s most popular displays?

Each of these panels boast its own set of specs and features. As such, they all offer different color outputs, contrast ratios, response times, and more. So which panel should you pick for your display? That’s where the IPS vs TN vs VA vs PLS debate comes into play.

Defining IPS vs TN vs VA vs PLS Panels

Before we compare the top features of each panel, let’s take a quick look at the technology behind IPS vs TN vs VA vs PLS. We’ll start with the most popular variant. 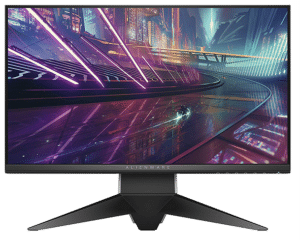 First introduced towards the end of the 20th century, twisted nematic panels quickly became the display of choice among gamers around the world. This is largely due to their superb quality, rapid-fire response times, and low price.

Unfortunately, this all comes at a cost. Namely, TN panels can’t output the level of color quality and depth that you’ll find in other panel types. This is a major bummer, especially when paired with a powerful graphics card that could otherwise deliver brilliant hues. Moreover, TN panels boast poor viewing angles, making them hit or miss for console gaming.

With that said, TN panels are still the most popular display type for computer gamers. 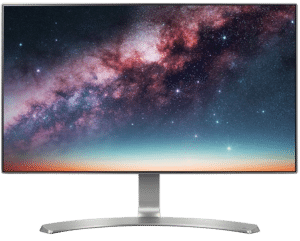 IPS panels are designed to provide richer color and more depth than your traditional TN LCD screens. How so? IPS panels use a different liquid crystal configuration, one that enhances overall image quality.

That said, IPS panels also have their drawbacks. They’re typically more expensive than other options, and they can’t match the response times of TN panels. Still, IPS panels offer a great balance between the other display types on our list. 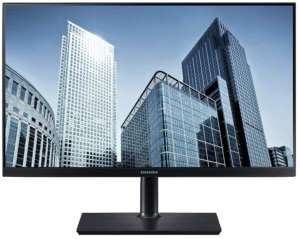 The technology behind PLS panels was developed by Samsung to address the limitations of IPS displays. Consequently, the technology piggybacks on previous iterations of in plane switching panels, but with a few improvements.

What can you expect from these enhancements? Well, in a PLS vs IPS comparison, PLS panels offer even wider viewing angles, as well as superior image quality and brightness. They’re also known to be more affordable.

However, PLS panels are proprietary to Samsung. And in terms of gaming, you’ll still suffer from a response time similar to that of an IPS. 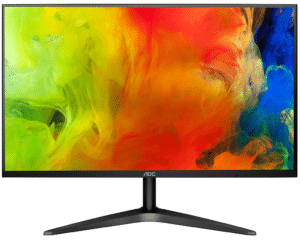 Vertical alignment panels are another type of LCD display, and they feature capabilities from both TN and IPS technology. What’s that mean? Well, VA panels are known for their superior viewing angles, color, and overall contrast. You won’t find a more stunning display (there’s a reason many television sets use VA tech).

But, you’ll also find the poorest response times out of all the displays on our list. This is a major factor that can’t be overlooked.

IPS vs TN vs VA vs PLS: An In-Depth Comparison

So which should you choose: an IPS monitor vs TN monitor? Or a TN vs VA panel?

The answer depends on your specific needs, as well as what system you game or work on. To make the comparison easier, we’ve broken things down into the following categories: viewing angles, colors & contrast, response time & refresh rates, and price. Let’s take a look.

This refers to the display’s ability to maintain its image quality when viewed from different angles. While this isn’t so important for PC gaming, it’s a major consideration for console and entertainment system displays. 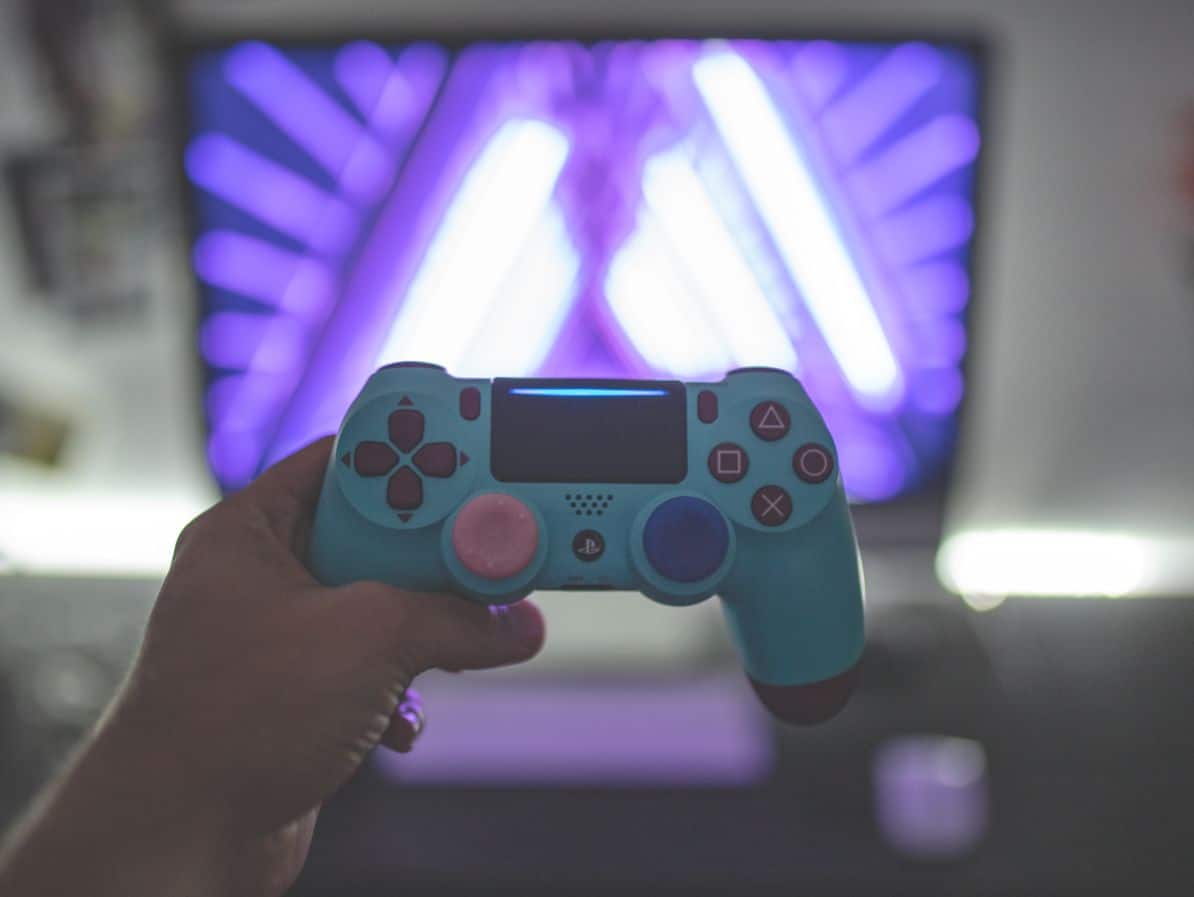 In general, IPS, PLS, and VA panels will maintain outstanding image quality and low color degradation no matter where in the room you’re viewing from. A huge boon.

Unfortunately, the same can’t be said for TN panels. They will lose much of their quality when viewed from any angle other than straight on. 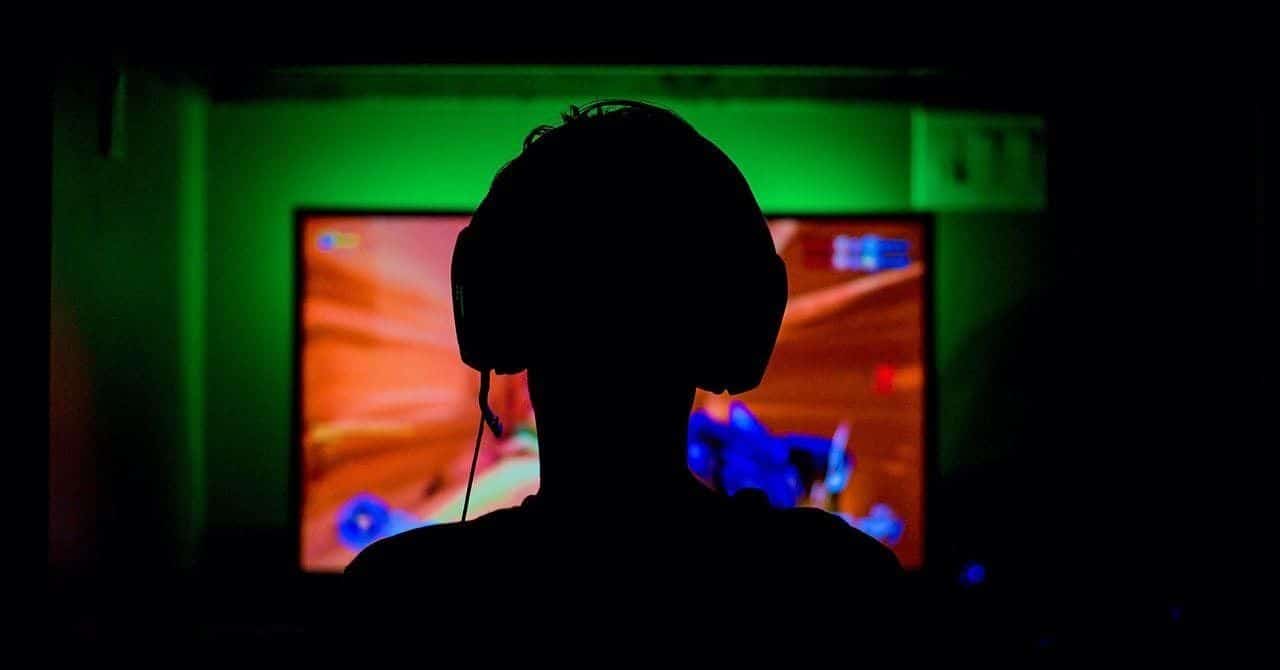 Remember the hype surrounding the final season of Game of Thrones? Now, do you remember the battle with the White Walkers? More specifically, how dark the episode was? If you couldn’t see very well, chances are you weren’t using a VA panel.

VA panels are known to deliver the deepest blacks and richest all-around tones, thanks to their high contrast ratios. This is also why they’re commonly found in television sets. That said, IPS panels come in close behind with contrast ratios of roughly 1000:1.

As for TN panels? Regrettably, they lack the overall image quality offered by these other displays.

In terms of which type offers the best response times and refresh rates, there’s a clear winner: TN panels. 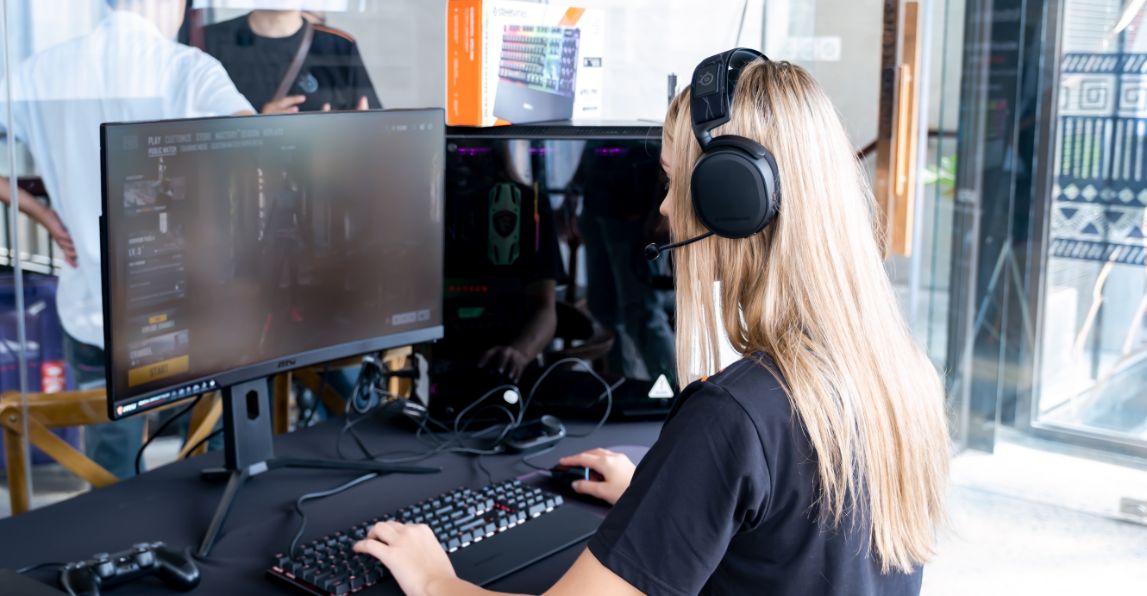 Due to the comparatively simple nature of TN liquid crystal technology, most TN displays boast low response times between 5ms and 1ms. This allows games to transition from scene-to-scene with very little lag and virtually zero ghosting.

TN panels also feature the highest refresh rates, which is how many times per second a display can re-render a scene (critical for reaching maximum FPS).

High response times and refresh rates are a huge boon for gaming, where split second decisions can make or break a game. As such, TN panels are the optimal choice for PC gamers looking to maximize their competitive advantage.

Given their inexpensive manufacturing costs, TN panels are the most affordable type on our list. In price-ascending order, they’re followed by VA panels, PLS panels, and IPS panels.

Do note, however, that different display models offer different features. High-end TN panels can easily cost more than an entry-level IPS. It depends on the specifications, manufacturer, and various other factors.

The Best Panel Type for Gaming

Should you choose IPS or TN for gaming? Or maybe even a PLS vs VA panel? 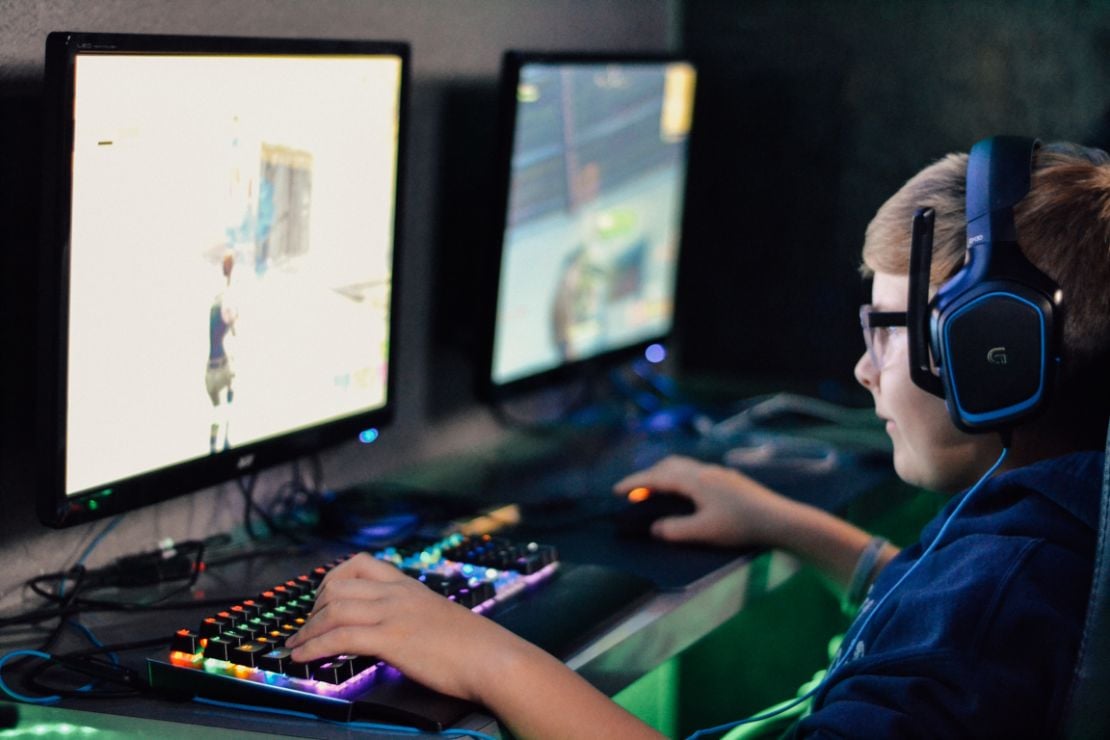 Generally speaking, the best panel type for gaming can be summed up like this:

TN panels are the best option for gaming on PC due to their quick response times and high refresh rates.

IPS and PLS panels are the best option for console gaming due to their excellent viewing angles and overall performance.

VA panels are the best option for entertainment system, and for instances where deep contrast and color quality is critical.

Choosing the best panel type ultimately comes down to personal needs and preference. That said, we hope these guidelines help. Your perfect display is out there.

Want to skip all the technical jargon and jump right to your answer?

Whether you’re seeking a VA vs IPS vs TN monitor, we’ve assembled this list of the web’s most frequently asked questions to offer an easy solution to all your display inquiries.

Have a question that’s not listed? Feel free to contact us, and we’ll get right on it.

What is an IPS panel display?

Also known as an in-plane switching panel, an IPS panel is a type of LCD display that offers a balance of performance and speed.

What is a TN panel display?

Also known as a twisted nematic panel, a TN panel is an affordable LCD display that’s ideal for PC gaming.

What is a VA panel display?

Also known as a vertical alignment panel, a VA panel is an LCD display that presents vivid colors and deep contrasts.

What is a PLS panel display?

Also known as a plane to line switching panel, a PLS panel is an LCD display developed by Samsung to provide exceptional graphical performance.

What is better: TN or IPS?

When it comes to TN vs IPS panels for PC gaming, the TN panel wins out. But for console gaming, you’ll want to opt for an IPS panel.

Is there a big difference between IPS and TN?

The most significant difference between IPS vs TN panels is speed. Although IPS panels offer better image quality, TN panels are typically much faster.

Is VA or IPS better for gaming?

When comparing a VA vs IPS panel for gaming, the IPS is typically going to offer better performance.

What is the difference between an IPS and VA panel?

The main differences between an IPS vs VA monitor are quality, speed, and price. VA monitors offer slightly better cinematic-style graphics and affordability, while IPS panels are significantly faster.

What is better: PLS or IPS?

PLS monitors are better, as they were designed by Samsung to improve upon IPS technology.

IPS vs VA panel: which is better?

Between an IPS panel vs VA panel for gaming, an IPS panel wins out. But if you’re seeking a display for an entertainment center, aim for a VA panel.

Can IPS monitors have 1ms?

As of 2019, the answer is yes. But this particular model only works with G-Sync, and it still doesn’t compare to the speed of a high-end TN panel.

What panel type is best for gaming?

Enjoy our guide on IPS vs TN vs VA vs PLS panel types, but still need help choosing the right monitor? Don’t sweat it. We’ve developed the following articles to help you find the best monitor for your setup: