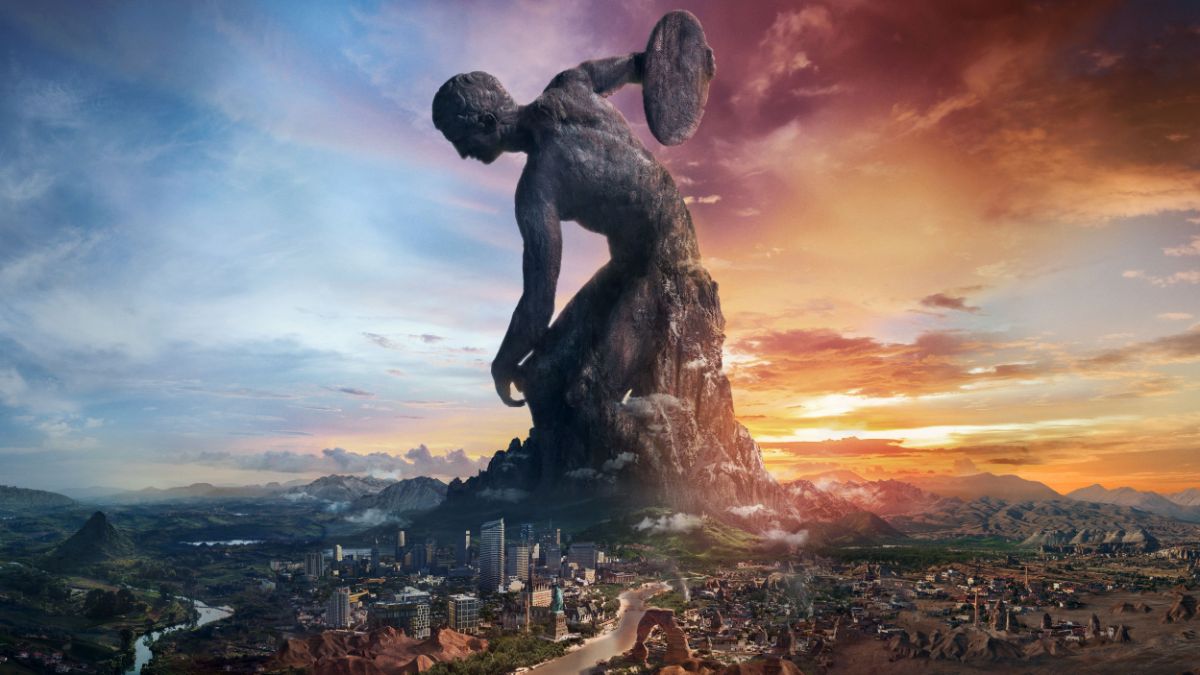 In today’s roundup, we’ll be showcasing the best Civilization games ranked from worst to best. Read on to check them out!

Ever heard of Sydney K. Meier? He co-founded Firaxis games with Brian Reynolds and Jeff Briggs in 1996. But he also had a hand in another project — one that went by the moniker: Sid Meier’s Civilization.

Strategy game fans know that Civilization titles set the standard for turn-based world-building simulators. They offer you the chance to go beyond simple battle sims like the Mount & Blade or Total War series. You can build empires, forge diplomatic alliances, construct trade routes, found religions, develop scientific marvels, and yes, raise an army to wage war. There’s a reason Civilization VI was number one on our list of the best turn-based strategy games.

We know the series is good, but which Civ title is best? We put together a list of all Civilization games ranked so you can start building your nation.

Starting with our least favorite, this list features all nine of the Civilization games ranked worst to best. Let’s dive in!

Sid Meier’s first company, MicroProse, didn’t actually own the rights to the Civilization name when they made the first game. Unbeknownst to them, that name already belonged to a board game from the 1980s. There was a long and complicated legal battle as ownership of the name changed hands multiple times, but part of one of the settlements was a strange agreement. Activision was permitted to make a Civilization game of their own.

Sid Meier and his team had nothing to do with the creation of Civilization: Call to Power… and it shows.

Activision seemingly tried to outdo MicroProse by packing their addition to the franchise with more features than both of the previous games combined. The result was a mess of underwater cities, blimps, and space battles.

There were a few genuinely innovative ideas, but they were drowned in a cornucopia of mismatched mechanics. Civilization: Call to Power is what happens when you try to make one game into everything. It’s unfocused and not as enjoyable to play.

The pollution system was pretty cool, though. How many other games forced their player to contend with climate change in 1999?

Sid Meier and his team made a series of games called Alpha Centauri, while the legal battles were ongoing over the Civilization name. These games shared many of the same mechanics as the Civilization series, but it was set in space.

Civilization: Beyond Earth is a spiritual successor to the Alpha Centauri games that were brought into the mainline series using the game engine from Civilization V. It features a future in which the Earth is no longer inhabitable, and humanity is forced to look to the stars for new worlds to populate.

The mechanics and style still make it very much a Civ game, but there are many changes to the formula. Your leaders are no longer historical figures, technological advancement played a larger role in shaping civs, and the aliens made for much more complex enemies than barbarians.

All in all, Beyond Earth is a fun game that makes creative use of the Civ game design in a creative setting, but it sacrifices a lot of what makes Civ, well, Civ.

This is the one that started it all. Sid Meier’s Civilization was inspired both by the war simulators that were popular at the time and by the creation of the Sims game, which allowed the players a more god-like perspective of its characters.

The original Civ has a top-down view of the world, split up into a grid of square tiles. Players take control of their leaders, settle cities, and attempt to build an empire. Early staples like barbarians and the technology tree were a part of the series from the get-go.

The only reason this game isn’t featured higher on our list is that it’s so limited compared to all of its sequels. Players only have seven leaders to choose from, and the tech tree, while innovative, is completed quickly.

Activision only won legal permission to use Civilization in the title of one game, but that didn’t stop them from making a sequel to Call to Power in the same style. Some of you might question its place on a Sid Meier’s Civilization games ranked list, but it didn’t seem right to exclude it after featuring the first game.

This time, the gaming dev managed to show some restraint, focusing on refining the previous game’s elements rather than drowning the player in more. They dropped the space age, and the upgraded interface was a significant step in the right direction.

They also added support for mods, which was a meaningful bonus.

There are those of you who will inevitably question Civ 2s ranking above the original game on this list. It’s been said that Civilization II lost a lot of the personality that made the first Civilization unique.

That may be true, but you can’t discount the sizable advances that Civ 2 made. Even going beyond the intense layer of polish it added to the original game’s mechanics, Civ 2 was also the first Civ title to implement the isometric view that would go on to become the series’ standard. Not to mention the wholly revamped the battle system…

But the expansions are what really push it over the first game. Conflicts in Civilization and Civ II: Fantastic Worlds add a lot of content, making a much bigger and more intricate game.

Civilization III looks much cleaner than any of its predecessors. It has all the mechanical benefits of II with the beginnings of that ugly-cute aesthetic in its character animations that would come to be a staple of the series.

One clever addition was the ability to monopolize strategic resources. This would allow you to hike prices, or else starve out competitive civs. It also added a corruption system that made cities far from your capitol difficult to control, though many players were not fans of that particular mechanic.

The game had two expansions: Play the World and Conquests. Both added significant content, not least of which being multiplayer capabilities.

As for a secret easter egg? They used Sid Meier’s likeness for the science advisor… so that’s cool.

Civ IV made what might be the largest jump in quality of any game on this list. For the first time, Civ players got to build their cities in beautiful 3D!

Not only that, but the soundtrack is on another level from other Civ titles, and inspirational quotes are cited to you from Leonard Nimoy. Do any other world-builders have Mr. Spock there to keep you motivated? I thought not.

The improvements weren’t all superficial either. Civics, religion, espionage, and vassal states were all added to bring new gameplay methods. The expansions, Warlords and Beyond the Sword brought even more.

Unfortunately, the combat is awkward. Battles can last hours in any Civ game, but they’re particularly monotonous in Civ 4.

Still, this is widely regarded as the Civ that took the series mainstream.

Civilization VI is the most recent installation in the series, and it’s added a lot of content. It now has the most civs of any game on this list with nine new ones coming in the New Frontier Pass, bringing the grand total up to fifty-four! You can check out our list of the best Civilization VI leaders for each victory condition if you want to learn more.

One of the most significant changes was allowing players to expand their cites to multiple tiles using specialty add-ons called districts. This forces players to be more strategic with their cities’ placement rather than simply dotting the map with as many as possible. Civ 6 also has a religious victory condition now, adding to the number of ways you can win.

The Rise and Fall expansion adds loyalty mechanics and the ability to hire governors to manage your cities, while the Gathering Storm expansion adds the complications of natural disasters and a future era.

So, why isn’t Civ 6 number one if it has so much going for it?

There are a few reasons. The cartoonish design and vibrant aesthetic represent a departure from more serious world-building games. Firaxis did this to appeal to a broader (read-as younger) audience. Whether you like this or not is a matter of preference, but many long time Civ players weren’t fans.

It also tends to feel bogged down. There are so many features in the game that each turn can get bloated with setting trade routes, assigning espionage tasks, bartering with world leaders, voting in the world government, rebuilding from natural disasters… etc. There are so many things to keep track of that achieving an individual goal can take hours.

Still, the interface is smooth, the new features are a blast to play with, and the game has an active modding community to tweak anything you don’t like about it. Civ 6 is also more widely available than any other Civ title. You can even play it on your phone! There’s plenty to love. Therefore, it gets the number two spot.

With eighteen civs available in the base game, eighteen more from the Brave New World and God and King expansions, and seven through smaller DLCs, Civ 5 has a whopping forty-three different civilizations to choose from. It also has eighty-seven different units.

It was a massive undertaking.

That said, it was released to mixed opinions. Fans of Civ IV missed the religion and civics features. Players also complained that the AI wasn’t perfect.

So, do you know what Firaxis did? They fixed it.

Free patches were implemented to upgrade the AI. Civics and religion were added back into the game alongside the Gods & Kings and Brave New World DLC packs. Everything about the complete version of the game looks and feels buttery smooth.

As the purest and most polished installation in the Civilization series, it’s still a pleasure to play a decade later.

I hope you enjoyed our best Civilization games ranked list. Now go forth and build your empire!