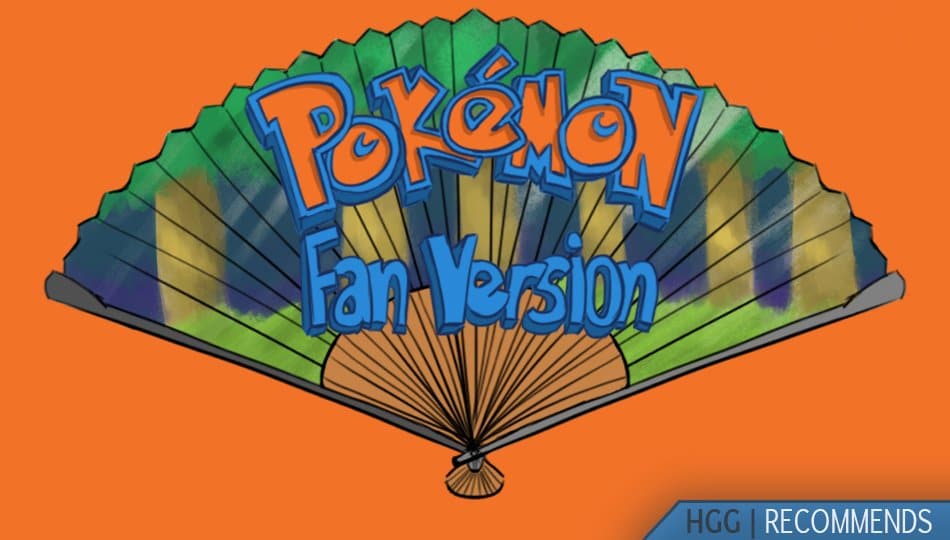 Gotta catch ‘em all… Pokemon! Are you a Pokemon master? Tired of the same old grind, and ready for something new? We’ve got you covered with this list of the best Pokemon fan games ever created.

Inspired by the original titles, the best fan made Pokemon games take you on a journey of discovery. From humble beginnings, embark on your quest to complete the Pokedex and become the world’s greatest trainer! Catch Pokemon, battle gym leaders, and navigate the storyline in turn-based action packed excitement.

The best thing about Pokemon fan games? They take the original concept you know and love, and add exciting new features, mechanics, and regions for you to explore. The best part? They’re absolutely free to play!

So what are you waiting for? Grab your Pokedex, and let’s get started.

Let’s get down to business with an in-depth look at each of the 10 best Pokemon fan games ever created.

Our pick for one of the best Pokemon spin-off games

Pack your bags and head over to Reborn City, a once thriving metropolis in need of repair. Your mission? To save the city and bring peace back to the Reborn Region. Are you up for the challenge?

Explore Pokemon Reborn’s innovative game world that features new field effects, terrain, and an action packed storyline. The game boasts over 800 Pokemon for you to catch, and over 50 gym leaders that’ll put your skills to the test. Estimated playtime? Over 55 hours of Poke-filled excitement.

Our pick for one of the best Pokemon RPG games

Things take a dark turn in Pokemon Insurgence. It’s not all rainbows and Butterfrees here–cults and thugs have infiltrated the region of Torren, and no one is safe.

These serious matters aside, Insurgence is home to many exciting new mechanics. This includes the never-before-seen Delta Species and their corresponding Mega Evolutions. Your options are limitless as you play through different modes in search of all 722 Pokemon ranging from generation 1 to 6.

Think you’ve got what it takes to catch ‘em all and cleanse the region of goons? Download Pokemon Insurgence for PC or Mac today.

Our pick for one of Pokemon’s best fan games

Things have gone nuclear! Hop into Pokemon Uranium to explore an entirely new region known as Tandor. This new area features the original 150 Pokemon, as well as the rare Nuclear Type, which boasts hidden powers and untapped potential.

The wonderful world of Pokemon Uranium uses the RPG Maker XP game engine to provide endless new content, including 8 gyms and the fabled Tandor League. Discover the source of the uranium anomalies, and be prepared to use the nuclear option to protect the denizens of the world. The adventure awaits those brave enough to enter the realm.

Our pick for one of the best Pokemon RPG online games

What do you get when you mesh Pokemon with massively multiplayer online play? PokeMMO, of course!

Hop aboard the free-to-play online servers and explore 3 new regions, exciting new puzzles, and an insanely epic storyline. Cooperate with your friends, and battle it out to see who’s the real Pokemon master.

Our pick for one of the best Pokemon ROMs

Introducing the first ROM on our list, Pokemon Prism. Pokemon Prism is technically a hack of the GBC’s Crystal Version, and you’ll need an emulator or cartridge to play it.

Create your character and explore the new Naljo Region, where you’ll find a hodgepodge of over 200 Pokemon! The game boasts a ton of unique features, including new mini-games, elemental types, and over 20 gym battles. Oh, and then there’s the ability to play as your Pokemon!

Intrigued? Head over to the main website and give Pokemon Prism a (poly)whirl.

Our pick for one of the best fake Pokemon games

Feeling nostalgic? Head back to the region that started it all, and play as the protagonist from the critically acclaimed series.

Assume control of Ash Ketchum from Pallet Town as he heads out on his adventure. This ROM game is built atop Pokemon Fire Red and follows the path Ash and friends took on the original TV show. Meet up with Pikachu, Misty, and Brock, then follow the narrative all the way to the Elite 4.

Our pick for one of the best Pokemon RPG Maker games

Rise from the ashes of the war-torn nation, and unite the Oracles to bring peace back to the forgotten realm.

This traditional RPG-meets-Pokemon is a surefire hit that’s guaranteed to satisfy your craving for adventure. In addition to classic Pokemon mechanics, Phoenix Rising boasts a robust quest system, skill trees, and the exclusive PokeStrap. And that’s on top of all-new stories, towns, and Pokemon.

What are you waiting for? Take your favorite monsters into battle, and show the world what you’re made of.

Our pick for one of the top fan-made Pokemon games

Pokemon Shiny Gold is a classic. Built atop Pokemon Fire Red, this outstanding rendition follows the protagonist on his journey through Kanto. Catch exciting new Pokemon, explore a revamped map, and battle with all-new TMs. The world is your Cloyster.

Though you’ll need an emulator to play, this remastered version of Pokemon Gold is one you don’t want to miss.

Our pick for one of the best online Pokemon games

Choose your team of 6 Pokemon and battle against other players from around the world–directly from your browser. There are different game modes and rulesets that you can customize to get the exact playing experience you desire. Plus, this game is kept up to date and features the latest Pokemon and rules for a riveting experience every time.

Our pick for one of the best Pokemon fan games online

Pokemon Sword and Shield just not cutting it with their limited 3D camera angles? Don’t sweat it. Now you can experience full 3D immersion with other players from around the world–for free! We’re talking about Pokemon 3D.

Explore the terrain, catch stunning low-poly Pokemon, and battle against real people in this open-world MMORPG. Travel across the land, searching far and wide. There’s a stunning map to explore and hundreds of Pokemon to catch. It’s your move.

We’ve penned our general thoughts on Pokemon fan games and the mechanics behind these popular adaptations.

1. Pokemon ROMs require an emulator.
A Pokemon ROM is an adaptation of an original title, e.g., Pokemon Red or Blue, for a legacy system. Instead of developing an entirely new game, developers build upon these pre-existing titles to speed up development and maintain a genuine feel. The catch? To play a ROM on your PC or Mac, you need an emulator. There are plenty of options out there, but our favorite is the Emulator Zone.

2. Choose between text-based, 2D, and 3D fan games.
Pick your poison! Whether you prefer browser-based text games, 2D games like Red or Blue, or full-scale 3D titles, there’s an option for you.

3. RPG Maker is a popular engine for Pokemon fan games.
RPG Maker has been around for a couple of decades now, and it remains a popular game engine for fans and indie developers seeking to build role-playing games. Naturally, many of the best fan-made Pokemon games are built atop RPG Maker.

4. Want to play Pokemon online? No problem.
Our list of Pokemon fan games includes titles that feature varying levels of online connectivity. Some use the internet exclusively for features like trading or battle, while others boast massively multiplayer worlds where players can meet and interact.

5. It’s raining nostalgia.
Pokemon was the gateway to gaming for many of us Millenials and Gen Z’ers. Not only that, but the beloved series remains incredibly popular among kids and adults alike. And, the best Pokemon fan games are a welcome source of nostalgia.