The Best Gaming Podcasts in 2021 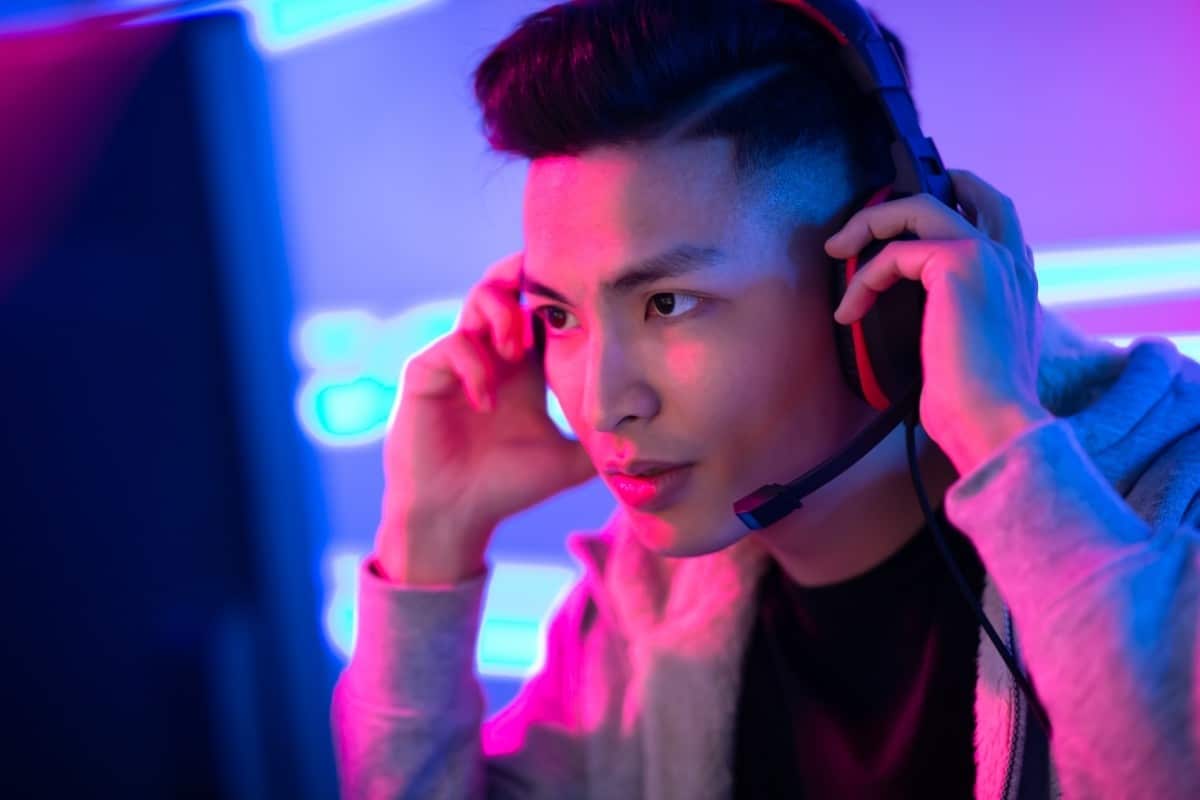 If you love video games and want to keep up to date on all the latest news, the best way to do that (other than following High Ground, of course) is to find yourself a gaming podcast. Gaming podcasts provide listeners with reviews, information on their favorite studios, and up-to-date announcements on upcoming releases. Best of all, they’re entirely hands-free, meaning you can get your daily dose of gaming news on your morning commute.

Many of these podcasts are run by game journalists and other industry professionals with years of experience. They have access to breaking video game news and can use their understanding of the industry to break information down for consumers. Other podcasts…not so much.

So how do you separate the pearls of high-tech wisdom from the shows recorded by some dude and his buddies in a basement? You’re in luck! We here at High Ground have put together a list of the nine best gaming podcasts of 2021, making it easy for you to find the one that best fits your media-consumption needs.

Zoom In: The 9 Best Gaming Podcasts

Perk up your ears, because you’re about to hear our list of the best gaming podcasts.

They release a new episode every Tuesday, opening with some small talk about the games they’ve been playing before diving into industry news, talking about upcoming games, and answering emails.

It’s an obvious choice given how each member of the cast brings years of experience and knowledge of the industry to the table, but that’s not why it’s our pick for best podcast overall. Giant Bombcast has a natural talk-radio vibe that’s always fun to listen to. The witty banter and lively arguments keep you coming back for more — you’d be hard-pressed to find a room full of more charismatic people that can boast years of knowledge and passion dedicated to video games.

The best gaming podcast from a major publication

IGN is one of the biggest sources for video game news on the planet. You’ve probably seen their 1-10 ranking scale on advertisements for just about every AAA title in recent memory. They’re the big fish in the world of video game journalism, so you know they’re going to bring everything they’ve got to their podcast.

The show is hosted by Daemon Hatfield and Justin Davis, IGN’s own Executive Producer and Executive Editor, respectively. There are a number of frequently recurring guests, such as Marty Silva and Jose Otero, but the cast fluctuates from episode to episode.

One of the biggest benefits of Game Scoop! is that it’s so concise. They cover all the major news of the week in about an hour while still managing to be entertaining. If you’re looking for a couple of industry pros from one of the world’s biggest video game publications to help you condense gaming news into quick, digestible segments, this is the podcast for you!

The female perspective is all-too uncommon in the video game industry, making What’s Good Games and its hosts a breath of fresh air. Andrea Rene (from Yahoo Esports), Brittney Brombacher (from blondnerd.com), and Kristin Steimer (from IGN and PlayStation) have a combined thirty years of experience in the gaming industry. The fact that the hosts come from a wide range of publications gives this podcast a range of perspectives that you simply won’t find in a show where everyone works for the same magazine.

Each week, they cover the news, discuss their first impressions of upcoming games, and answer fan questions. The show has an upbeat tone that makes it easy to listen to while you’re getting your weekly news. Another benefit to this podcast is the hosts’ focus on inclusivity, which we certainly need more of in the gaming sphere.

Retronauts does exactly what its name suggests by focusing on older games and systems that still have value, even if they aren’t part of the current zeitgeist. Hosts Jeremy Perish (a former executive editor at IGN) and Bob Mackey (contributing writer to multiple gaming websites) interview experts and discuss the games that made current titles possible.

Retronauts was originally a subsidiary of the video game website 1Up, but they continued as an independent podcast after their parent company dissolved. They are now affiliated with USGamer, which is itself a subsidiary of Eurogamer. It’s been a long and harrowing journey for our intrepid hosts, but they’ve persevered (much like the games and systems they love!).

Retronauts is great because it reminds us that there’s a lot more to know about video games than just what’s happening right now. Other podcasts are more concerned with the next big release than the older games that made it all possible. Listening to Bob and Jeremy as they deep-dive into the history of games and how they came to influence the industry is a unique experience.

If you’re interested in learning about old black-and-white arcade machines or want to hear an interview with that one voice actress who seems to have been in every game since 1999, this is one of the best gaming podcasts for you.

Triple Click is probably the most recent podcast on this list, as it only began back on April 22nd of this year. Just because it’s new doesn’t mean its hosts are greenhorns, though — Kirk Hamilton, Jason Schreier, and Maddy Myers formerly hosted Kotaku Splitscreen before leaving the publication earlier this year. Together, they dive into the pros and cons of daily news. While the podcast’s main focus is video games, they regularly branch out into movies, TV shows, and various other aspects of pop culture.

Triple Click has regular guest speakers, but the real reason you listen to the show is for its hosts. There’s an upbeat energy to their dialogue that you won’t find anywhere else. You also won’t find three better journalists. Schrier is particularly well known for his investigative stories on crunch culture in the video game industry.

Triple Click is a part of the Maximum Fun network, which hosts a whole slew of other fantastic podcasts.

Let’s Fight a Boss isn’t backed by a major publication or network. It started as a pretty small project, but has grown exponentially as the career of host John Walsh (also known as YouTube anime critic, Super Eyepatch Wolf) exploded.

John, Bryan, and Niamh are three friends in Dublin, Ireland who work in animation and like video games very much. Each host has very different tastes — John likes fighting games, Bryan likes Nintendo platformers, and Niamh prefers narrative-focused RPGs. The difference in preferences makes the podcast interesting, as they’re always considerate in their evaluations and open to differences of opinion.

The show is consistently fun to listen to, whether they’re talking about games, TV, movies, or uncomfortable social encounters. Since they’re not backed by a major publication and don’t advertise, all of their funding comes from their Patreon page.

Next on our list of the best gaming podcasts? Spawn On Me.

Spawn On Me is a fantastic podcast owned and operated by Kahlief Adams, the gaming technical marketing engineer for Intel, and co-hosted by Cicero Holmes and Shareef Jackson. The show focuses on discussing gaming news, previewing upcoming projects, and reviewing new games.

What sets it apart is its focus on gamers of color. The hosts of Spawn on Me regularly discuss the importance of POC being properly represented both in games and the industry that makes them. They also make a point of shining a spotlight on those exceptional individuals who are already out there doing it.

You can watch Spawn On Me live on Twitch or support the show by visiting their Patreon.

Vice owns Waypoint Radio, a podcast by Austin Walker, Rob Zacny, Patrick Klepek, Gita Jackson, and Ricardo Contreras. The format is similar to that of other shows on this list. The hosts talk about video game news, compare it to their favorite pieces of media, and discuss new and upcoming games.

One thing that sets them apart is that the hosts aren’t afraid to get political. They like to talk about what video games mean to the world, not just the people who play them. This means they often find themselves talking about news that seemingly has nothing to do with video games, but tying it all together in ways you don’t expect. They’re not serious all the time, though — the chuckles are plentiful as well.

Waypoint Radio is also the only podcast on this list that airs twice a week, making it ideal for anyone who wants more regular updates on what’s happening in the gaming world.

9. How Did This Get Played?

How Did This Get Played? is pretty unique compared to the other podcasts on this list. It’s hosted by comedians Heather Ann Campbell and Nick Wagner. Every week, they’re joined by a guest (usually another comedian with an interest in video games) and focus in on one particular game.

The twist? They deliberately choose some of the most unusual, obscure, and downright awful video games ever made.

They talk about their experiences with the game and read online reviews left by other players. They poke fun and riff off each other’s jokes, but they also have a genuine passion for video games and are willing to give credit to the things these games do right.

The podcast’s name and format come from How Did This Get Made?, another show on the Earwolf network.

We hope you enjoyed our list of the best gaming podcasts in 2021. Whether you’re folding laundry or stuck in traffic, there’s always a way to catch up on video game news.

Need some equipment to help you enjoy your new favorite podcast? You’ve gotta check out the reading below. In the meantime, gappy gaming!