Crossfire vs. SLI: Two is a Party, Three is a Rager 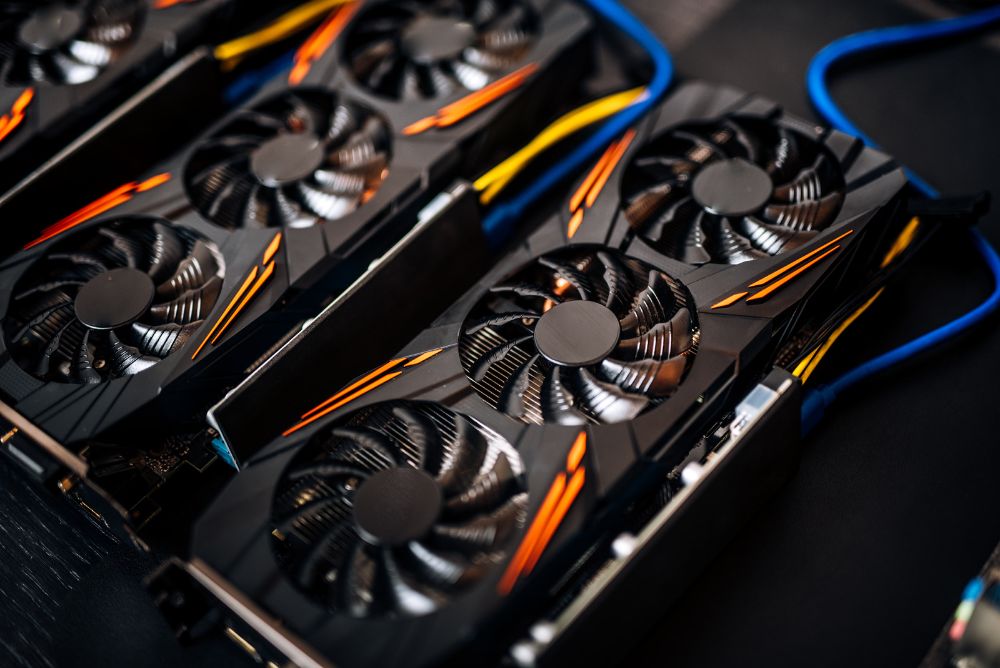 Building a powerful gaming rig these days requires you to make some decisions. Matters demanding answers await you at the intersection of quality and quantity. Do you spring for the most expensive graphics card you can? Or do you buy a pair of cheaper — yet still potent — last-gen cards and call it a day? And what happens when your rig simply isn’t buff enough to churn out your ray-traced student film before your deadline, or play Crysis 4?

The answer: you use more graphics cards. And you run them together like a pair of relay runners.

Of course, it’s not quite so simple as that. There’s a slew of factors to consider, ranging from the untapped potential of your rig to the thermal issues multiple cards may introduce. And aiming a fan at your tower all summer isn’t exactly an ideal solution. Not to mention, there are competing multi-GPU solutions to choose from.

Both AMD and Nvidia have their own answers to the graphical relay race— offering Crossfire and SLI, respectively. Both technologies unlock the power within multiple cards the same way a Pokémon is more powerful with a trainer. But could it be said that one of them is better than the other? Let’s find out!

It Takes Two to Tango

There’s only a limited amount of space in your computer case. That’s one of the hard facts of life. You’ve got to make the most of what you’ve got.

Sometimes making the most of it means cramming another bulky graphics card in there. But is an extra card worth it for everyone? When might you benefit from SLI or Crossfire to begin with?

The honest answer: running multi-GPU setups is effective for only a small percentage of people. But you might be one of them! Read on to discover if another card might fit the bill for you.

A couple of problems make themselves apparent right off the bat: twice the graphics card means twice the power consumption AND twice the heat. It won’t be as easy as slapping another card in there and calling it a day. Your whole rig will need to be ready for (or ready to adjust for) the extra card; a little preplanning may be required to prevent a total meltdown. Suddenly it isn’t so convenient a solution as it might seem on the surface.

But let’s say that you have an itch that only more frames per second can scratch. Maybe you’re running multiple monitors, or perhaps you’re trying to squeeze out the best performance you can gaming in 4K. Even the top-tier graphics cards today might struggle under so heavy a load. With 60 frames per second as the standard for crisp, clean, cinematic experiences, anything less simply won’t do.

Or perhaps you just upgraded to the GTX 1060, and you aren’t quite ready to splurge on RTX until the next generation. In which case, maybe another GTX 1060 will give you the edge you crave at a price you can stomach. As long as you have the extra power and cooling to handle having two monsters under the hood.

If you made it through all that and still feel like another card is right for you, then congratulations! You may be one of few who multiple cards make sense for. Now that we’ve handled the “ifs,” let’s talk about the “hows,” and the difference between AMD’s CrossFire and Nvidia’s SLI.

So you’ve got another card (or two) ready for installation. Buckle up — the real fun is about to begin.

The first thing, of course, is to ensure your motherboard is ready to provide a home for your burgeoning family of graphics cards. There will have to be multiple open PCI express slots with the appropriate version and throughput for your cards (generally PCIe 3.0 and 8x throughput or better). Then check your power supply’s total wattage, along with your CPU, your current GPU, and the GPU you want to add. Tally the required wattages to make sure you’ve got the juice to cut loose; the watts to plot for graphical domination. Lastly, clean out your heatsinks with some compressed air and make sure you aren’t running your rig at redline temps already. Maybe throw in another case fan for good measure. You can never be too careful with ventilation.

Multi-card technology isn’t made equally. SLI and CrossFire are not merciful when it comes to the specifics. Depending on which side of the fence you find yourself, you may need to take note of a few ground rules.

For the Nvidia users, the technology is called SLI — standing for Scalable Link Interface. If your graphics cards glow Nvidia green, then you’re only allowed to use identical cards in your multi-card setup. A GTX 1060 can only ride shotgun with another GTX 1060, for instance. Pairing up your old GTX 970 with a newer RTX 2070 Super is a definite no-no. This may prove to be an inescapable wrench in your plans, so take note. And motherboards have to be specifically compatible with SLI, requiring an extra certification and licensing process which can bump up the cost of the board. Your cards are also required to be connected via a proprietary cable.

On the AMD side of things, you have CrossFire. Where Nvidia likes to keep things proprietary (SLI, G-Sync), AMD has opted for more open standards (CrossFire, Free-Sync). This extends to both the motherboards at the core of the experience as well as the graphics cards making the magic happen. AMD’s CrossFire is way more flexible — allowing you to mix and match different cards within the same generation, as well as being less picky when it comes to motherboards. Got a few PCIe 8x+ slots? You’re (most likely — but still do your research) good to go! And your cards won’t necessarily require a cable to synchronize; AMD cards as of the last few years (Radeon R# 300 series and newer) may be able to coordinate CrossFire using the PCIe ports alone.

Caught in the CrossFire

So now you know the highs and lows of putting multiple graphics cards to work. As we noted at the beginning, we’d be seeking to answer a question: which of the two solutions — Nvidia’s SLI and AMD’s CrossFire — is better than the other? For most users, it will simply be a matter of working with what you’ve already got installed in your rig. But on paper? It’s this reviewer’s humble opinion that AMD’s CrossFire is the better solution, offering more flexibility around card and motherboard choice, as well as the option to forego any sort of link cable. When standards are open and flexible, everyone wins.

But if you have Nvidia, you’re already familiar with the horsepower that comes with the brand name. Your SLI-fueled framerate fever dream is waiting. Slap another card in your rig, connect the SLI cable, and put the pedal to the metal.

Just consider our conclusion food for thought when the time comes to upgrade.