Buildings Have Feelings Too! Review 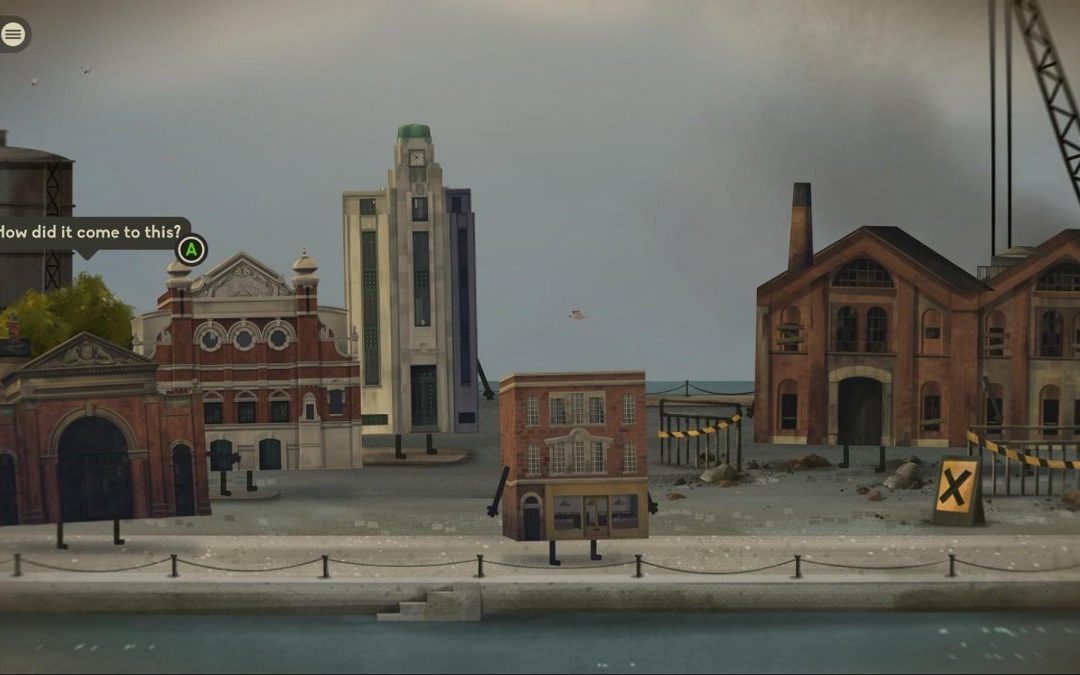 Some games have titles whose entire purpose seems to lie in drawing attention instead of conveying what a game is about or what you might expect to do playing it. Such a title might sound something like, I don’t know… Buildings Have Feelings Too! Sure, you might have some guesses as to what the title implies about the game, but really you just have to investigate to find out for sure. The question is, can Buildings Have Feelings Too! keep your attention hours into its gameplay? Can its quirky charm entice you to explore all the game has to offer? Erm, kind of. I’ll explain.

Buildings Have Feelings Too! is a bit of a strange game, mechanically speaking. Once you’ve grasped the basics, it’s got a compelling sort of momentum. One piece of the puzzle falls into place after another, and instilled in you is this excitement to erect the next structure or upgrade the next business. Unfortunately, these winning streaks in terms of the game’s appeal are usually bookended by confusion and frustration.

The most glaring flaws of the game have to do with the interface, tutorialization, and controls. Essentially, there are fundamental problems with the interplay between game and gamer. The problem here is that the developers awkwardly communicate much of the information, and even the main objectives can be difficult to parse. There’s not nearly enough emphasis on clear communication of gameplay ideas. Some concepts are straightforward and easy to grasp, but other times, the game struggles to convey its mechanics.

On that note, it’s important to note the difference between withholding enough information for players to work at and chew on an interesting problem and simply failing to establish the basic mechanics of puzzles. The former can be frustrating at first but ultimately serves as a vindication of all the effort put into the process. The latter generally leads to awkward trial-and-error and random flailing in the dark. This dynamic is considerably less satisfying than a compelling problem, and unfortunately, it’s the more prevalent of the two.

Controls are also a nigh-omnipresent annoyance. Contextual commands are quite finicky, and it’s very easy to slide past the spot you need to be to activate dialogue or select a spot for construction. It’s better on a mouse and keyboard than with a gamepad, but the fact remains that it’s a bummer. Too much attention is dragged away from actual gameplay and directed towards getting these buildings to do as they’re told. Feelings be damned.

When it comes to audiovisuals and the softer side of game design, Buildings Have Feelings Too! expends its strength quickly. The imagery is cute, and the color palette is consistently pleasing. The character/building designs have a good deal of personality and charm, and the environments establish a pleasant atmosphere.

The music is also decently catchy. The root of the problem is that after an hour or so of play, the cuteness and charm fade into the background, and the music loses a significant chunk of its catchiness. That’s when the monotony sets in. In terms of art assets, what’s there is mostly fine — aside from the forgettable stick figure models — but you become very familiar with them quite quickly, and the game does little to shake things up.

As for the writing, it’s a bit of a mixed bag. The game’s humorous tone fits the atmosphere well, and the dialogue between buildings is enough to elicit the occasional smile at least. That said, the game’s not terribly funny, and the writing itself doesn’t provide much entertainment value on its own relative to time spent in dialogue.

Let’s return to the interface for a moment. As opposed to how it negatively impacts the game’s mechanics, the best aspect of the interface is how it works with the audiovisuals to add to the satisfaction of completing objectives.

The indicators that a building is ready for an upgrade, matched with the gold color scheme and sound effects, create just enough fanfare to release some dopamine in your brain. This small dopamine hit isn’t nearly enough to offset the profound drawbacks otherwise brought about by the interface, but it keeps things from being a complete wash.

Buildings Have Feelings Too! is a game that jerks you around a bit. The title alone is enough to make you wonder about what this thing’s deal is, and when you boot it up, the music and the art design initially do a good job of setting up the charm and atmosphere. Then you butt heads with tutorials and controls, with unclear mission objectives and an awkward interface. Then you soldier on and dig into a puzzle — lo and behold, there’s something to the game after all! Smart construction decisions and upgrades start to roll into each other and build momentum towards a puzzle solved, and there’s a good deal of satisfaction to be had at that moment. Then the controls become tiresome once more, the music repetitive, the objectives frustratingly vague, and slowly you sink back into wondering why you’re playing at all.