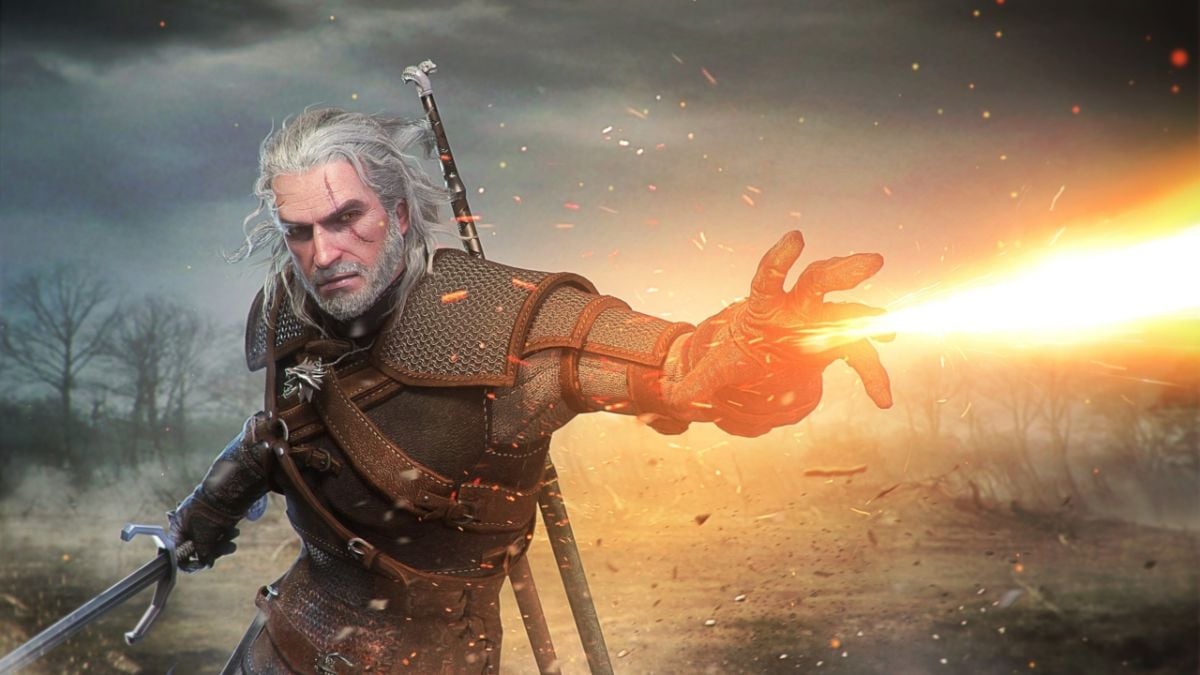 The Witcher 3: Wild Hunt changed open-world RPGs in a way that made Skyrim seem quaint by comparison. The game brought the world of The Witcher to life in ways its predecessors could never have hoped to do, delivering on emotional, interesting storylines with equally interesting characters. The gameplay isn’t often lauded as a powerhouse, though, so why are people still talking about character builds half a decade after its release?

In short, the gameplay’s greatest strengths are largely absent from playthroughs that don’t force you to learn each mechanic and its significance. Unless you exhaustively seek out every knob and button (godspeed, pilgrim), you’ll more than likely end up with a serviceable character build that will carry you through the main quests without much thought. But when you venture into more challenging difficulty levels (it took Death March! for me to finally care about alchemy), the point of engaging with each mechanic becomes suddenly and painfully clear.

If you’re looking for a bit more guidance in building your Geralt, look no further! This article talks about the best Witcher 3 build options and aims to take the guesswork out of the game’s RPG elements as you perfect your play style.

Before we get into any specific build, let’s go over some general gameplay tips that will help any build survive in the wild. Some of these tips will cover general advice (like using the Quen sign more often). Others will point you toward specific upgrades that will determine your build’s viability (like crafting the Grandmaster Griffin Gear for Sign builds).

Keep in mind that these tips will help you in different ways. Specific armor bonuses are better for some builds than others, for example, but armor bonuses as a whole are worth investing in. Consider your preferred playstyle as you progress through the campaign and your skill trees, but these tips should give you a leg up regardless of what your final build looks like.

I’ll just come out and say it — alchemy is your friend. And this is coming from someone who severely neglected anything to do with alchemy back when the game came out. Like I said above, I wasn’t forced to learn its significance until the higher difficulty levels.

Oils, potions, and decoctions provide huge benefits to any combat situation, and they’re well worth the time spent collecting ingredients. It never hurts to stop and pick a flower while you’re running cross country, and herbalists are there to aid you when you need a more specific ingredient. Thankfully, the tedium of constantly gathering ingredients drops off sharply when you upgrade your potions to their maximum.

The Witcher 3 best alchemy build will take your gameplay to an entirely new level, which is why we’ve included a prominent alchemy section in each our recommended setups.

Another of your good friends is humble Quen. I literally could not count the number of times that this little sign was the difference between life and death. Even if you put no points in it or any other sign, get in the habit of using it. So many more attacks and strategies open up when one blow won’t interrupt or even kill you, and it’s a great alternative to sinking points into highly situational skills like Arrow Deflection. As much fun as it is to play Jedi, Quen is by far the more sensible option.

Speaking of sensible, it pays to be sensibly dressed. Or armored, as the case may be. Consequently, it behooves you to seek out witcher gear and upgrade it to the fullest extent. In general, this means that you should keep an eye out for the Scavenger Hunt quests that net you their diagrams and make good use of the dismantling process to get a cheaper supply of crafting materials. This strategy becomes even more prevalent in the two expansions, as you’ll have to make some wise financial decisions when investing in your armor.

The Runewright in the Hearts of Stone expansion offers special weapon enhancements that replace runes and glyphs with runewords and glyphwords (respectively), provided you’ve got the coin to spare. I’ll be honest — at this stage of the game, it’s not worth it. While the Runewright’s items provide interesting bonuses, they’re rarely transformative and generally pale in comparison to the benefits of the best armor in the game.

It’s better to save your money and use it to have the Grandmaster Smith in Beauclair (in Blood and Wine) craft grandmaster witcher gear. This won’t just help you create The Witcher 3: Blood and Wine best build, but you also get unique set bonuses that aren’t present in lower armor tiers. These bonuses range from handy to absolutely pivotal (like the Griffin set bonuses if you’re pursuing a Sign build), and witcher armor tends to be a better investment than the Runewright’s trade overall.

With these tips in mind, let’s explore a few of the best Witcher 3 builds in detail! Note that the following builds are geared more toward New Game than New Game+, so consider any relevant changes if you’re opting for a more challenging playthrough.

Sign builds are less common at higher difficulty levels where combat may leave you relying on your sword more than your magic. Still, making effective use of your signs can be a welcome change of pace. For those looking to sweep through the early stages and master their signs, here’s The Witcher 3 best early build for you.

Strength Training: Given the number of abilities that inflict status effects, stagger, or otherwise render your enemies temporarily defenseless, Heavy Attacks are an excellent choice for a Sign build. When you lean into this attack style, Strength Training (along with a few other abilities) essentially become auto-picks.

Crushing Blows: This is another auto-pick. Crushing Blows adds extra sword damage to a build that’s undeniably lacking in that area, giving you the boost you need to capitalize on your Sign effects.

Griffin School Techniques: If you plan on using the Grandmaster Griffin set with this build (and you certainly should), then this skill provides you with an offer too tempting to pass up. Boost sign intensity and stamina regeneration? Who else could this possibly be for?

Conductors of Magic: Increasing sign damage proportional to your swords’ stats is huge for a casting build. This mutation is an important building block for making a machine that will disintegrate anyone who stumbles into Geralt’s path.

As The Witcher 3 best tank build, this setup is focused more on survivability and improving your chances of tanking damage.

Second Life: Exactly as the name implies, this skill gives you another shot when you hit zero vitality, rather than just letting you die outright. It’s an exceedingly obvious benefit to almost any build, but it’s a must-have for the tanks among us.

This is a more specialized build than the others — rather than being generally applicable to any and all difficulty levels, this build is designed specifically for the Death March! difficulty. Think you have what it takes? Here’s The Witcher 3 best Death March! build.

Cat School Techniques: This skill increases damage when using light armor. If something increases attack power by a certain percentage, chances are it’ll be useful in a Death March! build. It’s also a crucial skill for The Witcher 3 best light armor builds.

Euphoria: This is the crown jewel of a Death March! build. Each point of toxicity increases sword damage and sign intensity. If you’re hopped up on a shitton of drugs like a good witcher, you’ll be dropping enemies with hardly more effort than snapping your fingers.

Now that you’ve pored over an ancient witcher tome at Kaer Morhen (aka our best Witcher 3 builds guide) and gained some new insights, you’re free to brew some potions, oil up your blades, and test your newfound prowess against the world’s most twisted monsters! Feel free to share this article and tell us about your favorite Witcher 3 build in the comments.