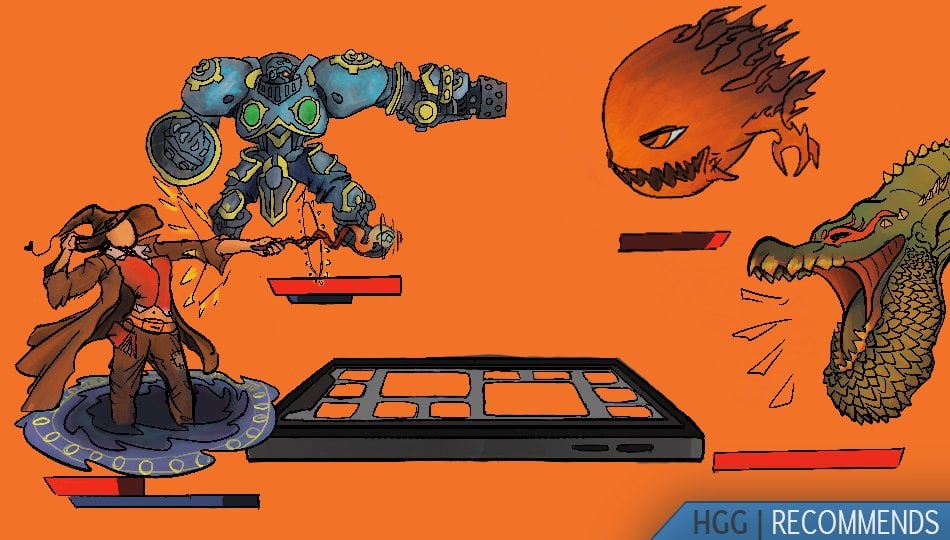 I’ve loved RPGs for as long as I’ve been playing video games. I’m a sucker for a good story, especially when I can immerse myself in the world and feel as though I’m a part of the quest. Fortunately, there are many beautiful and truly timeless RPGs out there, and they all add their own unique take on this diverse genre.

Since the inception of mobile gaming, it’s easier than ever to get your RPG fix. Simply download the app, start ‘er up, and begin playing wherever you’re at! Between mobile-exclusive titles and ports from other systems, there’s no shortage of excellent options (especially for Square Enix and Final Fantasy fans).

For this game roundup, I’ve decided to take a look at the best RPGs for iOS, including both free-to-play and paid options. I’ve tried to avoid titles with a significant amount of in-app purchases, focusing more on one-time packages or games that offer a fun and fulfilling free experience without overly pressuring players to buy into the game. If this sounds like something you’re interested in, please read on!

Starting with #10 and ending with our #1 top pick, let’s have a look at the best RPGs for iOS.

10. Galaxy of Pen and Paper

The best role-playing game for iPhone

Galaxy of Pen and Paper is a charming meta-RPG that appeals to the inner tabletop nerd in all of us. Rather than simply joining a group of space marauders on their quest through the cosmos, players must focus on the imaginative minds that these heroes come from— the roleplayers themselves! Gameplay resembles a traditional tabletop with stats and dice rolls, with characters customizing their adventuring party and relying on a combination of luck and strategy to win the day.

Galaxy of Pen and Paper builds on the success of its predecessor not only through its shift to a sci-fi setting, but with a number of other story and gameplay features that make the not-so-tabletop experience come to life.

Five Card Quest combines RPG, roguelike, and card game elements into a fun experience that rewards strategy over brute force. Players make their way through a procedurally-generated dungeon, fighting a series of enemies using nothing but a handful of cards. Each card corresponds to a move that your party can carry out, encouraging players to plan ahead and make the best of their limited options.

The game’s art style is surprisingly detailed for its minimalism, and as bright and complex as its story. At $2.99, Five Card Quest is definitely worth the investment.

This is easily a cheesier pick, but I’d posit there are very few among us who haven’t thought about living a life in the magical Wizarding World. Hogwarts Mystery scratches that itch in a fun and compelling way. The story is set a few years before the events of the Harry Potter series, introducing players to secondary and tertiary characters in their younger years and telling an entirely new story. Players can navigate rivalry and romance amidst the more fantastical elements of the world, making their experience unique from start to finish.

The game is free-to-play, but offers many in-app purchases that can be used to buy energy and unlock clothing and dialogue options.

The best role-playing game for iPad

Battle Chasers: Nightwar is a visually-beautiful JRPG that harkens back to titles of a bygone console era. Players control a party of six unique heroes on their quest to find the young Gully’s father, a hero who went missing under mysterious circumstances.

The combat is action-oriented in classic turn-based style, with 3-v.-3 encounters that require a tactical eye and careful coordination between character abilities. The game’s animation is subtle yet masterfully done, combining with the combat to create a game that’s just as gorgeous as it is fun to play.

The best retro RPG for iOS

As I mentioned before, there are a lot of Square Enix titles available on mobile. One such example is Chrono Trigger, a welcome callback to the classic JRPG style. Players will follow the heroes on their quest throughout time as they try to save the future of their planet, battling enemies across the ages on their epic journey.

Chrono Trigger’s definitive edition improves controls, graphics, and sound effects to bring an older masterpiece into the modern era. It also includes several new mechanics and maps to expand on the original game and give players new ways to delve into its complex world.

The best free RPG for iOS

The pocket edition of Final Fantasy XV is advertised as being “easy for anyone to pick up and play.” It makes the massive and intricately-woven world of Final Fantasy accessible to everyone, while fitting neatly in the palm of your hand. The premise of the game? Players join the crown prince Noctis in the days before his wedding, only to be met with heartbreak and strife on his way to meet his new bride.

Pocket Edition is an abridged version of the original Final Fantasy XV release, with modified controls for touchscreen play and more stylized graphics to fit the technical limitations of the phone. The game’s first episode is available for free, with players given the option to purchase subsequent episodes individually or as a discounted package.

The best RPG app for iPhone

Monster Hunter Stories is a satisfying spin-off of the grind-heavy main series, focusing on a little village where the residents prefer living symbiotically with monsters, rather than hunting them. Using magical artifacts known as Kinship Stones, riders can bond with their “Monsties” and use their incredible powers to explore the world.

The game’s mobile port features improved graphics and a more intuitive user interface, as well as an auto-save feature that takes some of the manual labor out of story progression.

The best relaxing RPG for iOS

Stardew Valley gives players their own little slice of paradise in the form of a quiet farm on the outskirts of the city. The player’s farmer inherits a plot of land from their grandfather, a run-down farm in the charming little Pelican Town. Players have four in-game years to develop their farm using upgrades unlocked by completing tasks around town, mining, and making friends with the villagers. The farm can be customized to the player’s preferred style, with multiple farm types available at the start of the game, depending on what resources the player wants to utilize most.

The mobile version features a number of touchscreen-specific controls, including auto-select and auto-attack. The game also includes options for various town upgrades, event cutscenes, crops, pets, and much more!

Dragon Quest VIII brings the beloved franchise to mobile, breathing new life into the first 3D title of the series. Players join the intrepid heroes Yangus, Jessica, and Angelo on their quest to hunt down the wicked jester Dhoulmagus and return the cursed King Trode and Princess Medea to their human forms and save the kingdom of Trodain.

The game’s mobile port features improved touchscreen controls for its movement and turn-based combat, allowing players to swap quickly between one-handed and two-handed play. Combat can feature simple or complex command structures, making the overall experience customizable to the player’s mobile gaming style. Dragon Quest VIII is a one-time purchase, meaning that the player has full access to the game’s content without the need for additional in-app purchases.

BioWare’s epic Star Wars tale comes to mobile in Star Wars: Knights of the Old Republic and clenches the #1 spot in our top 10 list. Players take on the role of a Jedi avatar on their quest to defeat the Sith Lord Darth Malak. Iconic locations from the Star Wars franchise are present throughout the game, allowing the player to explore the galaxy and discover profound lore about the Star Wars universe. As they progress through the campaign, the player must also make decisions that pull them closer to either the Light or the Dark Side of the Force, ultimately deciding where the character falls in the world of the Old Republic.

The game was enormously well-received and stands up to the test of time, delivering a fun and immersive experience that roots the player in the deep and complex world of Star Wars.

Thanks for checking out our list of the top RPGs for iOS! If you’d like to talk about any of these games, or if you have other suggestions for the High Ground team, please leave a comment — we always love to hear from you!