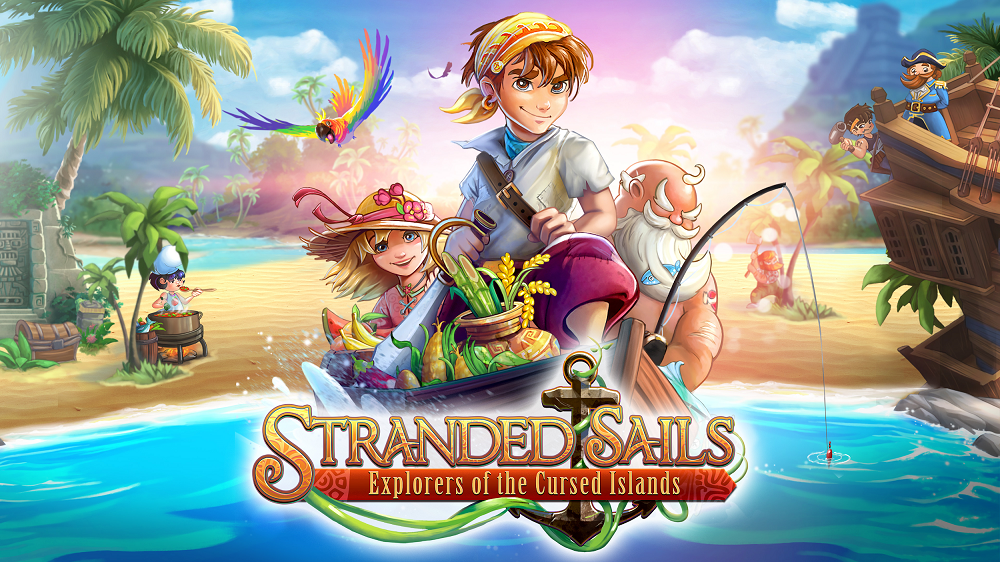 One session. There was one session where I sat down to play Stranded Sails – Explorers of the Cursed Islands, and it all clicked. Wright had become the sole slave of a colony of lazy adults, the child soldier they egged on and exploited, but it didn’t matter ⁠— he made a life for himself on this peculiar archipelago, short-lived though it was. For a few precious hours, Wright and I tended to our farm, cooked delicious meals, and explored the islands in search of lost cargo and forbidden treasure. For that single session, Wright had a purpose, and his life on that archipelago had a meaning. But there were other sessions. And together, Wright and I learned that purpose and meaning, like our store of supplies, could not last forever.

By the time you’ve established a camp and a farm, set up the foundations for expansions, and have been given multiple objectives scattered across the islands, Stranded Sails embodies the game it was always meant to be. It allows you to breathe, find your rhythm,  and make decisions about how to proceed efficiently. Finish a quest early in the day? Maybe it’s a good opportunity to rush over to the hinterlands north of camp and gather wood to build a pier. Having a reliable source of fish so close to home will no doubt be a boon when prepping meals for your next journey.

Speaking of journeys, this stage of the game is where they hit their stride. With various objectives floating around, ingredients and crafting materials yet to be discovered, and the state of the camp largely determined by the player, there’s a lot to keep in mind as you make decisions. This gives journeys a certain weight, as you have to conserve your energy while exploring the islands, lest Wright collapses from exhaustion. Stranded Sails is easily at its best here. You never know when you might find new seeds, opening up a slew of possibilities on the farm and in the kitchen, or when you might discover a cave full of waterlogged crates and dusty journals. These few hours are an engaging, relaxing, lighthearted farm-based adventure.

Ostensibly, mystery is a large part of Stranded Sails. After all, the game involves two major pursuits: the maintenance of a survival camp and the demystifying of the island’s secrets in order to escape. In practice, however, everything about Stranded Sails is straightforward and predictable. To a certain degree, this is desirable. After all, farming, crafting, cooking, these things should be predictable. Predictability at the campsite provides a solid core of stability for the experience. However, other aspects of the game, such as pacing and storytelling, are hobbled by this characteristic.

One way to describe Stranded Sails is as an increasingly intense, complicated pursuit of three particular items (or people) at a given time. Early on, the result is a series of quests wherein three items are listed, their location is indicated, and they are then found in the exact order in which they were listed. It’s almost aggressively straightforward, and these sorts of quests persist for far too long. Later, things open up, scattering the three items (or people!) across various islands and challenging you to discover them as you see fit. If after this turning point, things remained in this state, Stranded Sails would have been flawed, but still a joy overall. Sadly, things manage to actually close down again, with the final sequence of quests echoing the suffocating boredom of the introduction.

Compounding the issue is the fact that the game essentially announces when the final questline is happening. Realizing that there’s no reason to plot for the future, that any central goal will swiftly evaporate, any investment in the survival camp and its upgrades swiftly plummets. Gone is the open-ended exploration of the midgame. Rather than playing to the game’s strengths and letting you pursue long-term goals at your own pace, the final act sees players repeatedly “exploring” the same places, enduring the combat, and solving the rather uninteresting mystery of the cursed islands.

Most mechanics in this game can be described as a mixed bag. Discovering recipes is a process of deduction, and it’s a fun little Clue-like experience working out which ingredients go where, at least at the beginning. Later, once you’ve devised a methodology for the deduction, the process becomes much more rote and procedural. Combat offers a few moments where multiple enemies are approaching, each one with a distinct attack pattern, and you have to dodge and weave and pick the group apart, one by one. More often, however, are the moments where combat is a slog, the outcome a foregone conclusion, all sense of danger and tension having fled the scene.

The audiovisuals are similarly mixed in quality. The orchestral soundtrack sets the tone nicely, and many environments feature impressive architecture and eye-catching vistas. That said, the characters don’t quite match the quality of the environments and the assets are fairly cheap-looking. The best parts of Stranded Sails are the journeys of the mid-game, with everything from the prep stages to the last gasp offering options and rewards for smart planning. But even the best versions of journeys lack in challenge and intrigue. For almost every strength the game has, there is a weakness holding it back. There’s a good time buried in the sand, but take it from the game: digging is tedious work.

Game description: As Wright, develop a routine to prepare for your journeys across the cursed islands and their surrounding waters. Discover recipes and craft tools with gathered materials. Plant, maintain, and harvest crops, go fishing, expand your camp, and unravel the mysteries of this troubled archipelago.

When Stranded Sails lets players drive progression and exploration, it is a thoroughly absorbing experience. Establishing routines on the farm, discovering recipes, expanding the survival camp, all of these activities feel meaningful while there are numerous objectives to pursue and areas to explore. However, much of the game either leads the player by the nose or demands repeated forays to the exact same locations, often doing identical tasks to those that came before. The gameplay loop halfway through the main questline burns brightly indeed; but the flame is too slow to catch, and it is too quickly snuffed out.