Every moment of our day, the auditory cortex lodged deep in our temporal lobe is working overtime. Our ears pick up all types of sensory information, and the auditory cortex must identify sounds, register their decibel levels, triangulate the location of origin, and so much more – without missing a beat. That’s a lot of work.

But it’s with these intricate inner workings of the ear that we identify minutiae between dry leaves or pieces of paper crumpling. And when it comes to headphones, the utmost importance lies in continuing to make such a distinction.

As a previous user of Bose, Beats, Sound BlasterX, and a few others that aren’t worth naming, I’ve built up a suitable standard when it comes to the quality of audio production.

I must admit that it’s my first time experiencing 7:1 virtual surround sound within a headset, and I must then acknowledge that it’s almost my new go-to.

The 7:1 surround sound’s main negative lies in how it distributes the audio. Though at an admittedly critical level, the overall quality of sound is thinned and plays favorites to the higher register. These middle and higher voices are broadcast through the front and side virtual speakers, giving them a majority of the audible environment, while the bass resides exclusively in the back. While not inherently a negative, the thinning of upper registers is worth mentioning.

However, the surround sound is another pragmatic aspect of this ever-surprising headset. Despite being distinctly wider overall, the auditory dispersal creates a much more enjoyable audible experience than most I’ve had.

Add to it an optimized experience for Apex Legends, CS:GO, Fortnite, and PUBG, to name a few, and you’ve got yourself something creeping its way into becoming a necessity, if not the standard.

When it comes to headsets, comfort is almost as important as sound quality. I’m sure everyone using a cheap-o headset has found themselves bewildered by how uncomfortable a cushion can feel as it’s compressing your skull.

This is why the best thing I can say about the Cloud Flight S headset is that I don’t feel it. Like, at all.

The memory foam earmuffs are precisely the right density to provide optimal comfort without sacrificing any coverage with the all-encompassing ear slips. When choosing between the Sound BlasterX I’ve used over the last year, I quickly pick out the HyperX Cloud Flight S ten times out of ten.

Now, opening the HyperX Cloud Flight S was a different story. That’s because it reignited a primal fear of something uniquely HyperX: the NGENUITY driver. The last time I encountered the HyperX driver was with the Alloy Origins, which ultimately reduced my grading of the keyboard.

But, once again, the Cloud Flight S decided now was the optimal time to surprise me.

The NGENUITY driver worked perfectly, syncing with my headset and allowing me to update and adjust my settings without delay. Plus, the range of the wireless connection was nothing short of baffling as I was able to be one flight down and nearly 50 feet away.

Unfortunately, usability is the one section wherein I also found the most questionable design choices that prevent the HyperX Cloud Flight S from achieving a perfect score. It all revolves around compatibility.

Despite being a prevalent aspect of wireless communication since 2004, the Cloud Flight S still doesn’t provide Bluetooth connectivity. With the omission of Bluetooth and the 3.5mm headphone jack, the HyperX Cloud Flight S acts as a $160 PC and PS4 exclusive headset.

Qi charging, which is effectively the mainsail of the Cloud Flight S ship, is rendered useless without a charging station. It just so happens that HyperX sells such a charging station for an additional $60 but, and I’m sure you can agree with me on this, shelling out $220 for a headset is far too much. Thankfully, a USB charging cable is included in the case.

But, isn’t the entire reasoning behind the Cloud Flight S based on the appeal of the wireless capabilities?

It comes off as a trend that HyperX is attempting to push onto their audience as the majority of their new lineup is utilizing wireless charging as the main draw.

The HyperX Cloud Flight S is easily amongst the best headsets I’ve had the pleasure of using. There’s no debating that aspect of my review. Should you have the funding required to obtain a pair, I would, without hesitation, recommend it despite its shortcomings.

When it comes to delightful sound quality, a comfort so blissful you forget you’re wearing the headset, and customizability that should be the new standard, the HyperX Cloud Flight S is guaranteed a spot on my desk for the foreseeable future.

An excellent gaming headset from HyperX, the Cloud Flight S is as comfortable as they come, with stellar sound quality and overall construction. It suffers a bit from usability issues like singular 2.4GHz connectivity and an expensive Qi charger, but it remains a top-tier audio peripheral nonetheless. 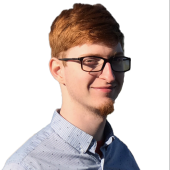 Gaming since the days of his youth, and always enjoying the visuals regardless of the gameplay, Aaron has grown in tandem with the industry. He spends most of his free time working on an unyielding number of ongoing projects, and partaking in some late-night gaming with friends.