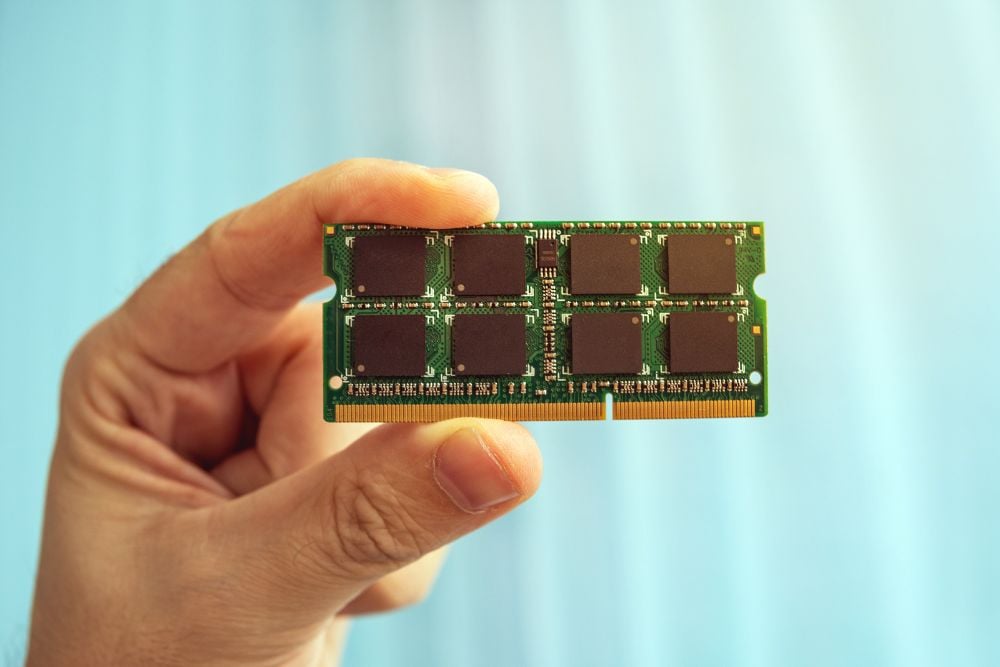 Choosing the right RAM for your rig can be a complicated subject. It’s not as simple as going with the model that has the largest component number or immediately jumping onto the newest generation. Instead, you need to pay attention to the RAM’s specifications and your motherboard’s compatibility.

Knowing which generation to start with can save you a lot of time and money exploring components. But you may be wondering: why does this even matter? Isn’t all RAM basically the same? Doesn’t it simply improve with each subsequent model?

To help answer all those questions, we’ll take you through how RAM has evolved over time, what DDR SDRAM is, and the differences between the popular DDR3, DDR4, and DDR5 options. By the end of this article, you should understand the basics of RAM. Ready to begin?

Before diving into the different types of RAM, let’s take a step back and define what RAM does and why it’s so important.

Random-access memory (RAM) is essentially your PC’s short-term memory. It temporarily stores what is running, like the Steam Launcher, Adobe Suite, or even your web browser, and makes it faster for your PC to access it. The purpose is to make it easier and quicker to open and handle multiple applications on a moment-by-moment basis.

Due to the focus on providing low-latency and multitasking capabilities, RAM isn’t meant to maintain long-term storage. Instead, it works in tandem with larger and slower SSDs and HDDs that actually store your data, downloads, applications, etc.

When it comes to RAM, you want to ensure that you meet or exceed the necessary storage size to run your programs effectively. When you don’t have enough RAM, opening multiple tabs or running games at 4K resolution can slow your PC down to a frame-by-frame chug. On the flip-side, you can also have too much RAM, as is the case when you overspend on storage that you never even tap into. So there is a balance to consider.

What is DDR SDRAM?

RAM is the catchall for PC components, but the full nomenclature for upgraded generations is Double Data Rate Synchronous Dynamic Random-Acess Memory (DDR SDRAM). That’s a mouthful of a term that refers to how the original DDR1 SDRAM could achieve almost twice the bandwidth of an SDR SDRAM, due to the “double pumping” that occurs.

“Double pumping” for DDR, is the process of transferring data during both the rising and falling of an internal clock signal. It allows for higher possible transfer rates due to the stricter control of the timing for electrical data and the aforementioned clock signals. The basic technology in each generation works on similar principles, but the newly introduced models mean a quicker and more efficient experience.

Up to this point, there have been four generations of DDR RAM. The newest iteration, DDR5, is now available but hasn’t been massively adopted by component manufacturers just yet. This is important to keep in mind, as the different DDR iterations are not backward compatible. You can’t simply upgrade your DDR4 to DDR5 RAM sticks without also having to replace your motherboard and potentially other components to ensure they are compatible.

Alright! So you now understand why you should care about RAM and how the newer DDR iterations work. But what’s the difference between each generation? And the more important question: how does it affect your gaming experience?

For starters, you can eliminate the need to look into DDR1 and DDR2 as they are too outdated and obsolete for modern games. While DDR5 is technically the newest iteration, it hasn’t seen a mass adoption by manufacturers just yet. Instead, DDR4 is still the go-to option on the market, but there are still enough PC’s being made with DDR3 to keep that model in the mix.

The basics here are that each generation does make improvements over the last, but that doesn’t mean consistent large-scale adjustments. Instead, one aspect of performance may be increased by two to three times that of the previous model, while another may only see a small 5% bump.

It comes down to how much the improvement does and whether the cost warrants it. To give you a better idea as to what each performance parameter really does, let’s see how each generation of DDR matches up and why you may or may not care about each upgrade.

Bandwidth refers to the speed of your RAM in MHz. The higher the speed, the more functional it is. At this time, current DDR4 models are almost always faster than DDR3’s, and it’s likely they’ll be slower than most DDR5’s.

However, bandwidth is typically a number that’s touted as a marketing ploy. What really matters is the combination of the size and speed of your RAM, with size always superseding speed. So don’t get caught up in the massive uptick in bandwidth between generations and instead consider the cost and actual application. In most cases, you’ll find that it doesn’t make sense to upgrade to a newer model simply based on increased bandwidth alone.

Higher voltage generally leads to higher performance. But it also leads to more heat and the need for a higher performing, and even overclocked CPU. The funny thing is that this really only matters when comparing options within each generation and not across them. The reason being is that voltage is somewhat of a double-edged sword.

Yes, higher voltage means higher performance with the right complimentary build, but lower voltage means that it uses less power and puts less strain on your CPU. This is why you’ll often see the starting point for new generations of RAM include lower voltage options to start with and expand from there. Simply put, each new generation favors less strain and power consumption over straight-up performance, and is more optimized than the last to make up for it.

However, making a decision here falls back to the compatibility of your motherboard. If it doesn’t follow the restrictions and doesn’t include low or ultra-low variance, then you’ll want to move on to another option.

DDR3 and DDR4, for example, consistently reach the same Prefetch level, which may mean that this isn’t a deciding factor between the two. DDR5, on the other hand, is anticipated to potentially reach a prefetch rate that’s fourteen to sixteen times faster than DDR4, which may make for more of an incentive to upgrade.

The size of your RAM references its actual data storage capabilities, as well as the configuration of the module itself. Each generation is designed differently, which, combined with the different types of motherboards, limits the amount of RAM you can use and eliminates backward compatibility.

That said, a common best practice is to shoot for larger RAM size, AKA more RAM, regardless of generation. The more, the merrier, right? Generally, yes. But it really depends on your rig.

Most low-end PCs incorporate 2 to 4 gigs of RAM, while most mid-range machines rock 8 to 16 gigs. The highest-end PCs use 32 or 64 gigs, and sometimes even more! This practice typically holds true across the board, whether you opt for DDR3 vs. DDR4 vs. DDR5 modules.

Latency can be a killer when gaming, so if any RAM option shows potential to improve it, then it’s obviously the best choice, right? Well, it would be if the disparity between generations wasn’t basically non-existent. Technically, most DDR3 models experience less latency over the DDR4, but it’s virtually unnoticeable to the typical user, meaning that it really isn’t a deciding factor between the two.

But if the DDR5 emerges touting noticeably improved latency over previous models, that may be enough to warrant the upgrade if the price is right.

Which DDR SDRAM Option is Right for You?

As you may have noticed, the differences mentioned here don’t give an obvious answer as to what’s the right choice for RAM. Yes, you’ll want to keep these performance factors in mind when comparing your options, but you’ll need to put them into context based on price and availability.

The incremental gains found with DDR4 may not make sense if it’s substantially more costly than a slightly lesser DDR3 version. But DDR3 is typically only compatible with older PC models, meaning you may be spending less now, but capping the long-tail use of the component, making DDR4 a more attractive option.

DDR5, on the other hand, is still somewhat of a mystery. It will likely be much more expensive but may include substantial performance leaps that makes the cost worth it. However, similar to DDR3, the compatibility will initially be fairly limited until more and more companies decide on it being the new standard for RAM, which could be a while.

At this point, high-level DDR4 is likely your best option. It may be a bit more expensive and not make incredible leaps from its predecessor, but it is the most widely accepted model for modern PC’s and includes a handful of worthwhile performance bumps. You can always go for DDR5 when it’s more widely available, as, based on what’s been seen, it’ll be worth investing in.