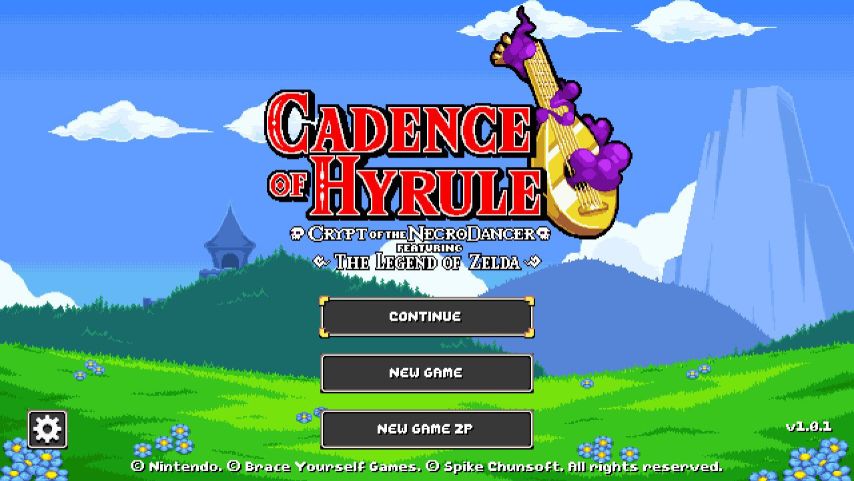 Cadence of Hyrule is the latest addition to the Zelda series. Developed by Brace Yourself Games and published by Nintendo, the game combines your favorite Zelda characters with the rhythm-based mechanics from Crypt of the Necrodancer. The premise? Sync your in-game movements to the beat of the Zelda soundtrack, as you take down the bad guys and restore peace to Hyrule.

There’s no doubt about it – Cadence of Hyrule is an innovative and immersive title that’s sure to impress. But is it worthy of carrying on the Zelda legacy?

In the Trenches: Cadence of Hyrule Gameplay

The game begins as Cadence from Crypt of the Necrodancer awakens in the land of Hyrule. She quickly discovers that a villainous man named Octavo has taken control of Hyrule Castle and sent Link and Zelda into a deep slumber! In a time of desperation, the Triforce has summoned Cadence to awaken Link and Zelda. Only by working together will they stand any chance of taking down Octavo and his minions for good.

Your first major decision in Cadence of Hyrule? You’ll need to awaken either Link or Zelda and spend the first half of the game as that character. Choose Link if you’re into close quarters combat, or Zelda for her magical projectiles. Don’t worry too much at this stage, as you get the chance to try them both out later in the game.

Depending on who you start with, you’ll awaken in either Kakariko Village or within Zelda’s hidden chambers. Take a step outside, and all of Hyrule is yours to explore.

In a departure from Necrodancer’s procedurally generated world, CoH features a grid-based map that’s more akin to Wind Waker’s. That said, randomness does play a role, and you uncover the map as you journey farther away from your starting point. From Hyrule Field to the top of Death Mountain, an immersive and magical experience lies before you.

Lionels, Wizzrobes, and Keese – Oh My!

No matter which direction you go, you’ll soon encounter your first enemy. This is where moving to the beat becomes a critical component of the game. It can be daunting at first as you learn the timing and discover how combat works. But it doesn’t take long to find your rhythm.

What type of enemies will you be dancing against? Cadence of Hyrule features all your favorite Hyrulean baddies! From Lionels to Wizzrobes to Keese, each one has been revamped with charming pixel art graphics. Not only that, but they’ve been bestowed with unique abilities.

What’s that mean? Well, some enemies can attack from the diagonal, some can throw projectiles, and some can move multiple squares at once. It’s a challenging system, and you’ll need to carefully inspect their movements. But once you learn each enemy’s unique patterns, countering them becomes a cinch.

Plus, in true Zelda fashion, you’ve got help from an assortment of gear and weaponry.

Yes, Cadence of Hyrule features a ton of different items, including classic gear and weaponry from previous iterations of the game. This includes your typical array of swords and shields, which are hidden in chests scattered across the map. But it also includes items like the boomerang, bow, and even the classic hookshot!

You’ll also find items unique to CoH. This includes a shovel which lets you alter certain elements in the world, a torch that expands your area of vision, and scrolls that offer one-time boons for use in harrowing situations. Equip any combination of items to your standard four button hotkeys, and use them in battle to outmaneuver your enemies.

Another sweet addition? The Lute. Like many other Zelda games, this musical instrument plays a critical role in the action. One such way? Well, CoH features a variety of musical puzzles that are closely modelled after Ocarina of Time. It’s a nostalgic blast from the past with sweet melodies to match.

And then there’s the cornerstone of every major Zelda title – dungeons!

Dungeons differ from the rest of the map insofar as they actually are procedurally generated. I learned this the hard way after dying to a giant worm deep within the first temple. I quickly respawned and made my way back to the entrance. But when I got inside, everything was different! And the worst part? All my items and progress were gone.

Death isn’t very forgiving in Cadence of Hyrule. Players lose all their degradable equipment, rupees, and even some of their progress upon death. It’s akin to a soft reset, and it stings pretty hard.

Cadence of Hyrule is full of exciting encounters and playful activities. In addition to the main questline, there are tons of exciting sidequests and smaller adventure. Take a visit to the fortune teller for a quick tip, seek out the Fairy Fountain for a weapon enhancement, and find Tingle to uncover the correct path through the Lost Woods. Or, simply take a moment to appreciate the music.

CoH is made all the more exciting by the synth-pop electronic versions of your favorite Hyrulean tunes! Did you think Song of Storms from Ocarina of Time was a nice bop? Try listening to Cadence’s ultra-chill lofi version. Perhaps the Gerudo Valley track was more your thing? You’re sure to dig Cadence’s epic ballad full of instrumental rifts. And that’s just a taste of the immersive music you’ll unlock on your journey across Hyrule.

Unfortunately, there are times when the journey gets a little tedious. A prime example? Moving to the beat becomes a chore when you’re just trying to navigate the area and get to the next zone.

Another instance of the game not living up to expectations is found with the campaign’s length. An initial playthrough takes roughly 7 hours. This is a huge bummer, especially given the lack of content after you’ve finished the story. Sure, you can start again or play the daily challenge. But the actual campaign doesn’t have much replayability. And after shelling out $25 for a digital only copy, that’s a major disappointment.

Fortunately, what the game lacks in play time, it makes up for in feel-good nostalgia and innovation. Cadence of Hyrule absolutely has the Zelda flavor to it, but with a freshness that’s sure to impress.

Overall, the developers did an exceptional job for a game with such high ambitions. The graphics are absolutely delightful, the music is groovy, and the game is an enjoyable break from the daily grind. For those seeking a new adventure title for the Nintendo Switch, Cadence of Hyrule is music to the ears!

Story mode is the main campaign, complete with an overarching storyline. In this mode, you’re able to switch between characters as you please. This gives players the option to test out Link and Zelda’s different playstyles, as well as choose the best character for each encounter. This, in turn, adds extra strategic elements that you don’t find in the game’s other modes. And, it opens up an exciting co-op mode for local play sessions.

In addition, Story Mode offers the full questline complete with dialogue, character arcs, and cinematic cutscenes. These serve as an excellent introduction to the game. As a result, Story Mode is definitely the way to go for your first playthrough.

My only complaint? It’s way too short. At only 7 hours for an initial playthrough, there’s not a whole lot to look forward to. Still, Brace Yourself Games poured their heart and soul into the title, and gameplay strikes all the right chords.

In single player mode, you’re forced to choose between a playable character, e.g. Link or Zelda, and play the entire game locked into that role. This means you don’t have the option to switch to a better-suited character, which makes the game a bit more difficult.

That said, it also leaves out a lot of what makes the game so exciting. In my playthroughs, I found myself switching characters regularly. While I personally favor Link, there were definitely times that called for Zelda, and the inability to switch didn’t add much to my gameplay experience. Still, for the hardcore players out there, it’s surely a nice to have the option.

The Daily Challenge adds another level of replayability to the short campaign. The premise? Players begin a fresh game in a randomly seeded world, with harcore permadeath settings turned on. From there, players are tasked with completing the game in as short amount of time as possible. Once you finish (or die), your stats are recorded on the Public Leaderboards.

Daily Mode can only be attempted once per day, and it adds an exciting element that’s sure to please speedrunners, completionists, and hardcore players. A nice touch.

Zoom In: A Closer Look

Cadence of Hyrule is a riveting journey back to the immersive world of Zelda. The music is breathtaking, the graphics are sweet eye candy, and the nostalgia is almost unreal. The game draws from what seems like every Zelda game before it, but everything comes together to deliver a fresh and innovative take on the iconic series. 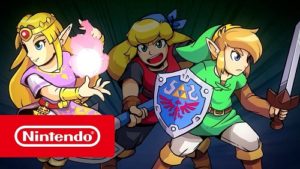 Game description: What do you get when you combine elements from Guitar Hero, Binding of Isaac, and A Link to the Past? Cadence of Hyrule, of course! CoH is an exciting, albeit short, adventure through the world of Zelda, and it’s sure to conjure up a groovin’ good time.

There’s a few ways to experience CoH, but if I had to choose one I’d recommend story mode.