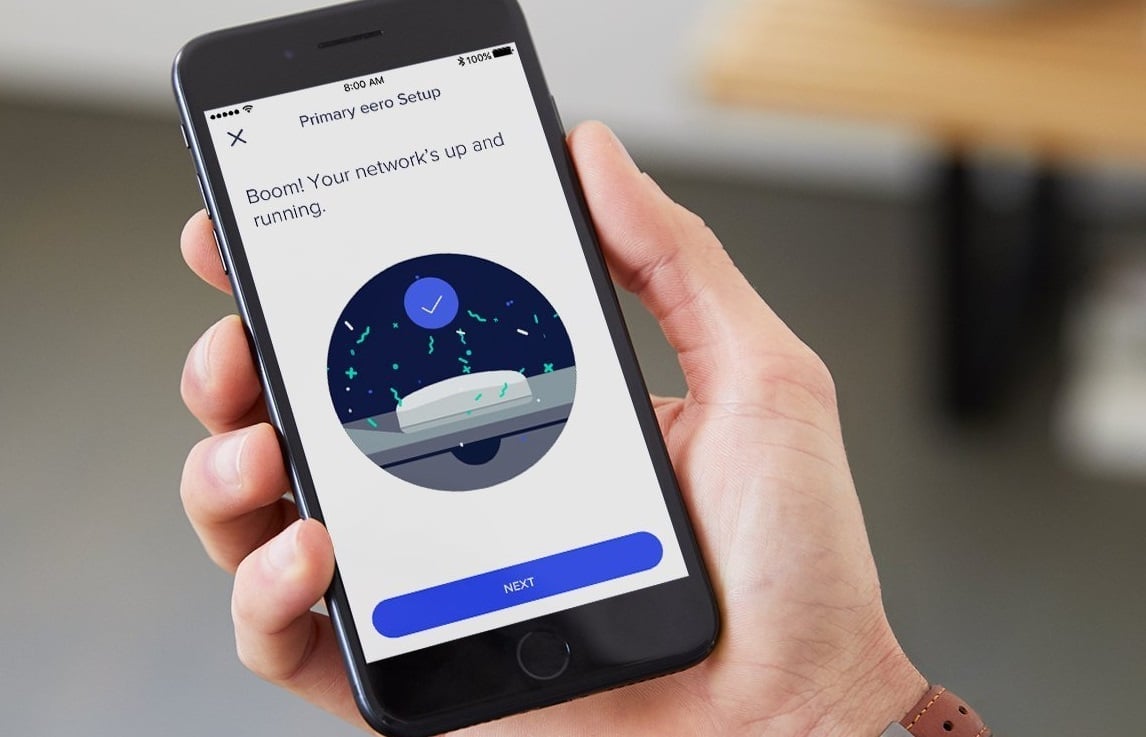 Having issues with your internet connection? Perhaps you experience a weak signal in certain parts of the house, or maybe your connection keeps dropping. No matter what connection-related problem you’re dealing with, one of the best mesh routers can help!

You may be relieved to hear that poor connectivity is a common problem, particularly in houses with thick walls or lots of square feet. Sometimes regular WiFi networks don’t suffice when it comes to providing an interruption-free and seamless connection. The best mesh routers help by creating a reliable connection for all your devices — yes, that includes gaming.

If you want to up your game and experience a smooth & sound internet connection, then there’s nothing like a wireless mesh network. Pick the right router and service provider for your needs, and you’ll never have to worry about a dropped signal or lost data ever again!

Zoom Out: Comparison Table of the Best Mesh Routers

Here’s a quick overview of the best mesh routers on the market. For a closer look at each model, check out the Zoom In section below.

Zoom In: A Closer Look at the 7 Best Mesh Router Systems

Let’s take an in-depth look at the 7 best mesh routers.

ASUS is well known for their quality routers, and that same quality extends to the new AIMesh system.

The ASUS AX6100 WiFi 6 Gaming Mesh allows users to transmit their signal from the router to satellite using the powerful 802.11ax technology for seamless WiFi coverage of up to 5500 square feet. This increase in network speed is absolutely vital to a mesh system, especially if you plan on using it for gaming. Faster communication between router and satellite means faster communication with your devices. Not to mention the expanded bandwidth, which allows you to connect more devices without tanking your speed.

It’s also designed to work with several other compatible routers to expand your mesh system for greater coverage and stability. Throw in adaptive QoS for smart bandwidth allocation and four Gigabit Ethernet ports for wired gaming, and it’s obvious why the ASUS AX6100 WiFi 6 Gaming Mesh is our pick for the best mesh router for gaming.

Willing to pay more for the best? Well, it doesn’t get better than the Netgear Orby RBK852. This tri-band WiFi 6 router and satellite duo is our pick for the best splurge mesh router. It covers up to 5,000 square feet (with an extra 2,500 square feet per additional satellite) over 100 devices and can handle speeds of up to 6Gbps! It’s powered by a quad-core 2,2GHz processor with 1GB memory.

It’s easy to set up using the Orbi app, which also allows for easy control of your WiFi settings, has an internet speed test and data usage monitoring. It’s also how you control and monitor their patented Netgear Armor security.

Both the router and satellite have a modern design that will look good in any home. They each have four Gigabit Ethernet LAN ports, so you can hardline your gaming devices wherever you set them up for a faster and more stable internet connection. This is as good as it gets if you want the best mesh WiFi for gaming.

The TP-Link Deco Mesh WiFi System is a great option if you’re looking for the best budget mesh router. It’s less than half the price of some of the other products on this list and comes with a router and two satellites, covering up to 5,500 square feet.

Its affordability isn’t the only attraction, though. The addition of an extra satellite means that users have more control over shaping their WiFi coverage. The router and each of the satellites also each have two ethernet ports. That means you can put one of them directly in a room used for gaming to give it a wired connection. The Deco app makes set up quick and easy as well, and it was made to work seamlessly with Amazon Alexa.

Now, the TP-Link Deco Mesh isn’t the fastest WiFi mesh system on this list. It caps out at 1200 Mbps, lacks some customization options, and it doesn’t have WiFi 6. But in terms of bang for your buck, this is a steal!

WiFi 6 is the newest and best wireless signal money can buy. It’s nearly three times faster than WiFi 5, and it can handle more devices too. The Asus AX5700 combines this lightning-fast wireless connectivity with ASUS’ legendary AIMesh and speeds up to 5700 Mbps, all for a pretty reasonable price. A pretty good deal since ASUS’ AIMesh is arguably the best mesh network for gaming.

It has a special “Mobile Game Mode” that can be controlled through the ASUS Router App. It’s designed to minimize lag and latency for mobile gaming since that is where a majority of wirelessly connected gaming takes place.

The AX5700 is just a router and doesn’t come with any satellites, meaning you’ll have to purchase those separately if you want to take advantage of its mesh capabilities. Still, it is compatible with other AIMesh nodes. Pairing this with the ASUS ZenWiFi AX1800 would give you an incredibly fast central signal with massive coverage for a combined cost of just under $500.

Razer is one of the most respected and well-known gaming brands on the market, so you know any mesh router they make will be great for gaming.

The Razer Sila has a feature called “Razer FasTrack,” which automatically prioritizes at least 30% of your bandwidth for applications used for gaming and streaming to ensure you’re getting the speeds you need. It also allows you to prioritize devices. That means you can put your gaming system at the head of the queue for bandwidth allocation!

The Sila also has “Multi-Channel ZeroWait DFS,” which “allows access to four exclusive channels usually only reserved for radars and switches between them seamlessly so you won’t ever sense a drop in connection.”

The base Sila unit doesn’t come with a satellite, but it can be paired with a second Sila unit via a hybrid wireless mesh to cover up to 6,000 square feet — adding a third unit can take it all the way up to 9,000!

Google Assistant is one of the most popular smart networks out there right now, so it only makes sense to get a router that matches. Each Google Nest unit is a hub that you can use to interact with your network. It comes with Bluetooth 4.2, Far-Field microphones, and 360-degree sound with a 40mm driver. You can say, “Okay Google, pause WiFi,” or “Okay Google, check internet speed,” and the system will do it automatically.

It doesn’t support WiFi 6, so it doesn’t have the same connectivity speeds that some other systems on this list do. The 2200 Mbps throughput speed is nothing to sniff at, but there are faster units available at this price point. None of them can integrate into a smart home like Google Nest, though.

You can also buy a single Google Nest unit to use as your router if you’re looking to save some money, then buy cheaper Google WiFi units to use as your satellites in the areas where you still want coverage, but high-speed connections aren’t as important.

Looking for the best WiFi mesh system for gaming? There’s a reason so many of the units on this list are from ASUS. Their AIMesh combined with WiFi 6 makes for some of the fastest and most reliable coverage on the market.

The ASUS ZenWiFi AX6600 is more expensive than the AX6100, but you get faster speeds and a wider range of coverage in exchange. Both have ZenWiFi AX, which “enables more efficient stable and faster transmission even when multiple devices are transmitting data at the same time.” This is ASUS at their finest.

Mesh routers use a mesh wireless network to provide a robust and reliable signal. This signal is strong enough to be void of any sudden drops in signal strength or quality of the connection. They also provide a lot more security and are much more difficult to penetrate. Previously, only companies that required vast and highly secure internet connections used mesh networks. This included military bases and large firms, and even some monetary institutions.

Today, mesh routers are common in all segments of the market. They make a great alternative to the traditional setup.

Mesh routers only became available to the average user in the past couple of years. But for folks seeking the best connection possible (ahem gamers), they’ve quickly become the go-to choice.

Unlike a regular WiFi router that uses a single access point as the source of a wireless internet signal, mesh routers use multiple access points, aka satellites. If one access point fails or drops, there’s another access point that’s well-equipped and ready to continue the signal stream without interruption.

Another benefit? Let’s say you live in a house that has an unusual structure. Maybe there are 3-4 stories, including an attic and a basement. Chances are that moving your laptop or phone from one place to another will show an almost immediate drop in the signal strength, which can be quite annoying.

And, of course, there’s the issue of networks getting hacked or attacked by viruses. Regular wireless networks are a lot easier to penetrate because their security measures aren’t good enough to deal with high-level hacking. This means that your wireless grid isn’t exactly safe.

Now, if you’re worried that sensitive information might get into the wrong hands, going for a secure wireless network would be a smart choice. Mesh networks have a lot more layers of security and offer much better protection under such attacks. Beefing up your security is a good idea if you undertake a lot of sensitive operations using your wireless network.

However, with all of these great features also comes the factor of pricing. Standard routers aren’t very expensive when compared to mesh routers. Due to all the additional perks that mesh routers offer, they are quite costly to install and require a lot more equipment as well. Only a few select brands in the markets offer mesh routers for sale, so these do come at a hefty price. Not to mention, the whole set up itself involves a series of complicated steps.

Unlike regular routers, you can’t set up a mesh network at home all by yourself, unless you’re a tech geek. You’ll definitely require a professional to do it for you and give you instructions on how to use it thereafter.

1. People with abstractly constructed houses or workspaces should definitely consider a mesh wireless router. The correct model would help ensure that the signal is received and doesn’t have connectivity issues, even in the remotest corners of the building.

2. Those of you who have a lot of devices using the same wireless internet network might have an issue with continually fluctuating internet speeds. Naturally, the more users there are, the weaker each individual signal gets. Keeping that in mind, a mesh network would be much faster and perform at greater speeds even when there are 10 people or more using the same network.

3. If you’ve been hacked in the past, you certainly don’t want that happening again. The best solution? A mesh network. Those who are specifically looking to use a network that is safe and provides additional security will have to make the switch from a regular router to a mesh router system.

4. Even for those of you who want easier remote access to your home’s internet wireframe, a mesh network is a lot easier to access and makes the whole process much simpler. Considering that mesh routers are more advanced than a regular router, the accessibility factor makes it far more appealing.