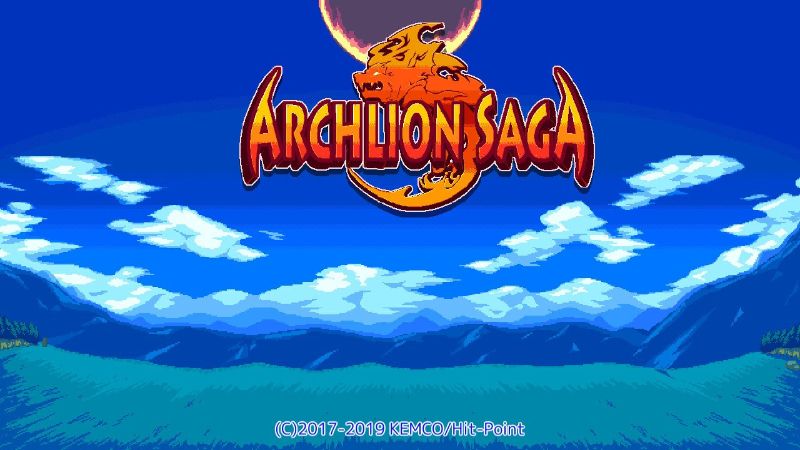 “Short but adequate!” That’s the official description on the Nintendo Switch game store. Surely the developers of this Japanese RPG encountered a language barrier in their sales pitch. After all, the game has received sky-high ratings from users on the iOS and Android platforms.

The game is marketed as a pocket-sized RPG adventure game that’s perfect for beginners. From the storyline to the turn-based fighting mechanics, it’s supposed to be short, sweet, and simple. But how does it measure up? Intrigued by the premise, I fronted the $4.99 sales price and jumped into the world of Archlion.

In the Trenches: Archlion Saga Gameplay

The game begins when a glistening orb enters your room in the dead of night. Startled, you call out for help, and your mother comes to soothe you. She recounts your favorite story about the Serpent and the Archlion as you drift off to sleep.

A short while later, your mother is taken as a human sacrifice. You scour the nearby town and discover there’s a demon in your midst. Enraged, you unleash a volley of fists down upon the demon. In the chaos, you discover that the orb from before was a blessing from the Archlion. With it, you’re more powerful than you can imagine. And the world needs your help.

Pack your bags, grab your coin purse, and bid your simple life farewell. The real game begins as you travel to the nearby woods and enter Elven territory. This is alsowhere the battle mechanics become important, as you learn to attack, defend, and use your special skill set in the turn-based combat system.

It can be a bit daunting at first, as you’re dropped into battle with no tutorial or explanation. But mess around with the controls and you’ll get the hang of it in no time. And don’t worry about dropping low on health. Simply use the healing pendant gifted by your mother at the start of the game. As you’ll soon learn, there’s never any real danger within Archlion Saga.

Plus, you’ll soon gain a teammate to help you on your way! Although it makes combat less frightening, this also adds a huge level of difficulty to the game. It requires you to strategize more, as you’re forced to learn new spells and equip new items for each of the characters within your party. An excellent addition.

The Next Piece of the Puzzle

As you near the end of your first adventure away from home, you’ll encounter your first puzzle. The puzzles in Archlion Saga are short and simple, but surprisingly entertaining. Not only that, they really match the overall storyline and help tie in the lore.

My personal favorite? Trapped in an evil necromancer’s house, you must free the souls of those who dared to enter before you. It’s a game of Clue as you search through the haunted mansion, seeking the enchanted trinkets keeping their souls trapped in the mortal plane. Combined with the frightening music, it’s a perplexing atmosphere that’s surprisingly immersive.

Unfortunately, the challenges are surface level, and the difficulty is toned way down. While this can be nice for younger players, it spells boring for those who enjoy similar RPG titles with sandbox worlds and challenging in-game events.

The Mark of the Serpent

As you continue your journey, you’ll gain new items and gear that you can equip from the user interface. Unfortunately, the UI is a bit clunky and unintuitive. A bummer for such a simple game. But much like the combat system, mess around with the menus and it’ll soon become second nature. Equip you and your teammates with a weapon, armor, and skills, then enter the Serpent’s lair.

The entire last chapter of Archlion Saga is dedicated to defeating the final boss. And this is where the game actually becomes a little more challenging. You’ll need to use everything you’ve learned along the way as you encounter wave after wave of creature, each one stronger than the last.

The whole game culminates in one final battle that tests your every ability. I actually died once here (though the in-game currency lets you refill your health when you drop to zero), and it took me a solid 15 minutes to finish the battle.

The tragic ending that the game alludes to along your journey comes to the forefront at this stage. It’s a satisfying finale that may leave you wanting more. Unfortunately, you can’t have any more. With no free-roam mechanics or open-world map, the game is over and there’s no turning back.

If you’re seeking a game that features your standard array of RPG elements, Archlion Saga gets the job done. You’ve got everything you need: a questline, monsters, spells, and a variety of gear to choose from. While Archlion Saga doesn’t go much deeper than that, it doesn’t really need to. It’s plenty enough to enjoy your time in the fantasy world.

One caveat? The game holds your hand the entire way through, leaving you with limited choices to make. A big part of the RPG experience is actually role-playing and choosing your own destiny. Do not expect that from Archlion Saga. The game is set, and that’s the end of it.

Archlion Saga is broken up into 5 different chapters. Each features its own plot and smaller storyline that supports the overarching theme of the game. Moreover, each chapter introduces new mechanics to the game and gets ever-so-slightly harder as you progress. Unfortunately, the thrill of the adventure ends there.

From the moment you start the game, to the final boss battle, the path is clear. The little questlog at the top of screen features scrolling text that tells you exactly what to do. And if that’s not enough, simply tap the R Button to access a step-by-step guide highlighting the appropriate path forward.

Even as a young child, I enjoyed the sandbox gameplay of Zelda and Pokemon – other adventure titles that served as an excellent introduction to the world of fantasy RPGs. Archlion Saga is lacking that crucial level of difficulty that makes a game entertaining and rewarding, no matter your age. A big disappointment in this area.

The first thing that struck me as I began the game was the retro soundtrack. I’d like to say that it was a delightful experience, but it was actually kind of annoying. About half the game features music that’s actually decent, while the other half is simply tolerable. Music plays a big role in RPGs for me, so that’s a bummer.

The next thing I noticed? The artwork. I’m a sucker for good pixel art, and the team at Hit-Point Co. absolutely delivered. I just love the cute characters, simple landscapes, and pleasing color palette. A job well done.

Zoom In: A Closer Look

Pick up Archlion Saga for Switch or Mobile if you’re shopping for a young (5-10 years old) sibling, or if you’re in the mood for a quick trip down memory lane. But don’t expect anything extraordinary. 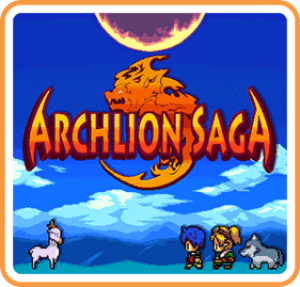 Game description: Archlion Saga is just fine if you’re seeking a quick jaunt through a fantasy land, or an affordable gift for a younger sibling. It's got a fun, albeit childish, storyline to follow and simple battle mechanics that complement the pixel art and simple tunes. Just don’t expect more than a few hours of elementary gameplay.

A pocket-sized JRPG that introduces players to the genre and provides an adequate fantasy adventure.