Everything We Know About Microsoft xCloud So Far 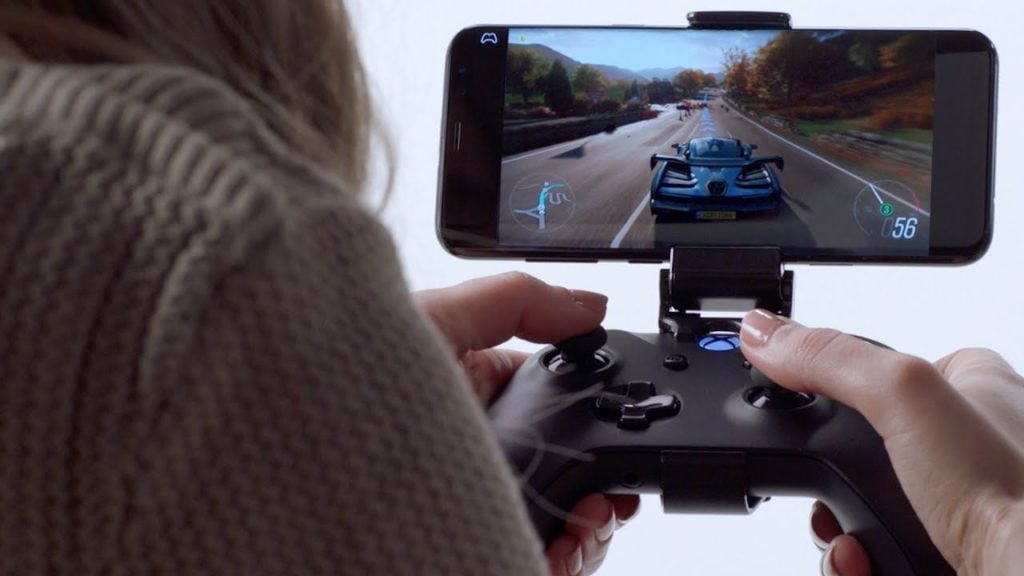 In the heated race to game streaming dominance, Microsoft announces Project xCloud as a serious contender against Google Stadia and others. Designed to work alongside existing Xbox systems and the next-gen Project Scarlett console, Microsoft already has a huge advantage in technical know-how and available titles. As such, there are plenty of new and old titles expected to make it to the streaming platform, as well as a promise from Xbox Leader Phil Spencer to grow the library to nearly 3,500 games.

But what does the Microsoft game streaming service known as xCloud look like, and when can you give it a whirl? Read on to find out!

What is Microsoft xCloud?

Not to be confused with the Xbox Game Pass service, Microsoft xCloud is a new generation of game streaming that takes accessibility and multi-platform play to new heights. Though it’s still under development, it will eventually allow gamers to sync their favorite devices to Microsoft’s cloud servers or to their own Xbox consoles. From there, gamers will be able to play popular titles in stunning detail no matter which device they’re on. Additionally, users won’t have to shell out thousands of dollars for a high-end gaming PC just to play graphically intensive titles. The cloud handles the heavy lifting.

The only requirements? An xCloud subscription, internet access, and a compatible device. From phones to tablets to the Xbox “Project Scarlett” console, it’s gaming on your terms.

Unveiled at E3 to spectacular fanfare, Project Scarlett is Microsoft’s upcoming Xbox game console that promises to redefine gaming as we know it. How so? Well, it acts as a standalone console while also syncing seamlessly with Project xCloud. This allows gamers to experience their favorite titles however they choose.

Moreover, the thing’s a beast that’s built atop AMD Zen 2 & Navi tech. It also boasts GDDR6 SDRAM and next-gen SSD integration for unbelievable performance! In fact, just take a look at what it supports:

Pretty crazy, huh? Still, you may be questioning the need for a new console if gaming is moving into the cloud. Well, it makes a lot more sense once you understand the technology behind game streaming.

xCloud makes use of new technology that relies on a constant connection between the gaming device and cloud servers. In order for this to work properly, users must have access to a high speed connection and a ton of bandwidth. And even then, latency may still be an issue.

Latency is the time interval between stimulation and experience. In other words, it’s any lag in communication between device and server. An example? Let’s say the user presses the A button on the xCloud Mobile App, or from the Scarlett controller. This command must transmit hundreds of miles away to the nearest data center, and then back to the device to display the reaction on screen. Even a second of lag can mess up your gameplay and ruin your experience.

Unfortunately, not everyone has access to high-speed internet with unlimited data caps to prevent this problem. In addition, there are folks who enjoy the console gaming experience the way it is and don’t want to switch over. That’s where Project Scarlett steps in. It provides a powerful platform to deliver smooth gameplay on basic or limited internet connections. It also serves as an excellent launching pad for new streaming possibilities down the line.

Now that we’ve had a look at xCloud and Project Scarlett, what can we expect upon launch? Well, it appears that Microsoft is planning to launch its xCloud service with somewhat limited functionality, at least initially. This will entail using your pre-existing console as a streaming server, akin to an Xbox game streaming service.

In the Microsoft xCloud vs Google Stadia battle, this makes the services very comparable. That said, Microsoft clearly intends to take xCloud to the next level, given their ambitions to make it compatible with nearly every internet-connected device. Moreover, Microsoft already has a longstanding relationship with game developers. This ensures a growing list of xCloud console streaming games for fans of all genres.

Let’s take a look at the current list of xCloud supported games (note that this is only a small taste of the 3,500 titles eventually promised):

In addition, Microsoft has said that porting games to xCloud will be a seamless experience for developers. This all but ensures that the most popular new and existing titles will be transferred over!

So when can you expect to give xCloud a test drive? While Project Scarlett is slated for a Q4 2020 release, Microsoft intends to release xCloud sooner than that. Recent reports forecast a Microsoft xCloud beta planned for sometime around October of 2019.

This trial period is expected to work out any remaining kinks and give Microsoft the data it needs to improve its services for an official launch.

Our take? Hell yes, it’s about time! Game streaming is really heating up thanks to Shadow by Blade, Stadia by Google, and several other services currently under development. While we’re expecting some turbulence in the coming years, the eventual result should be a seamless experience that makes gaming more open and accessible than ever.