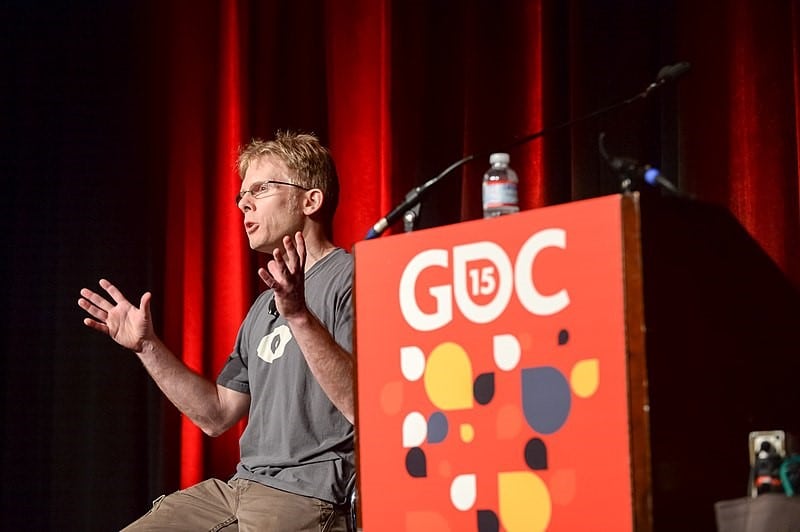 So, you want to make a game. Where do you start? With a game engine of course! But which one depends on the sort of game you’d like to make. Every game engine has its strengths and weaknesses. And some engines have robust communities creating assets which might help you along the way.

We’ve done the legwork to help you find the best engine for your project!

While it would be lying to call game development “easy,” GameMaker Studio comes closest to making the entire experience a breeze. It’s certainly the most beginner friendly game engine on the market at present. With dozens of first-party tutorials at your disposal, you’ll be up and running in no time.

Creating assets is fast and intuitive. There’s an image editor built right into the software for 2D art, and turning a stack of images into an animated sprite with the sprite editor is just as convenient. If you’ve already got assets ready, you can import a wide variety of file types like art or sounds and drop them into your game in seconds.

Scripting is also a simple affair with the proprietary GameMaker Language. GML has been carefully crafted to be familiar to veteran programmers, but easy to pick up and learn for those who may not be comfortable with code. And fortunately, GameMaker Studio offers a robust visual scripting system which means you can keep written code to a minimum in your games. Using events and drag-and-drop actions, there’s nothing you can’t create with a little ingenuity!

Popular games made with GameMaker Studio include Undertale, Nuclear Throne, and Hotline Miami.

Godot was developed as a 2D-first game engine and it shows. Fear not, though — support for 3D games was added as recently as 2018 with the version 3.0 update. That said, 2D is still where it shines brightest and it is our pick for the best game engine for 2D.

Godot’s editor is clean and convenient. Objects are placed into the scene as “nodes,” and nodes can be as complex or as simple as you need. The scripting options are flexible: you can code with the Python-like GDScript, add custom modules with C++, and even use VisualScript to handle the code without writing a line yourself. Godot is also implementing support for C#, though the integration is currently in an alpha state under active development.

Godot is “completely free and open-source,” having been released under the MIT license. There’s no catch, no hidden fees or premium features — it’s all there from the start. Having access to the source code means that you can roll up your sleeves and dig deep if that’s your jam. If not, the stock configuration is fully functional and intuitive even for novice developers.

Check out the “Made with Godot” page on itch.io for examples of the engine’s capabilities.

As far as virtual reality support goes, it’s a tight race between Unity and the Unreal Engine. In the end, Unity wins out as the best game engine for VR due to the shallower learning curve, lower system requirements, and plentiful tutorials. Unity’s market share when it comes to VR and AR titles is currently unrivaled by other engines.

It’s easy to make any Unity project a VR experience right out of the box. Just check the box for VR support, give the player a camera for each eye, and away you go. Of course, the sort of interactivity and immersion players expect from VR requires a lot more work. But the bare foundation can be dropped in with very little legwork on the developer’s part.

With spectacular VR and AR titles like Beat Saber and Ingress Prime using Unity, it’s not hard to see why Unity is currently our pick for the best game engine for VR.

The proof is in the pudding as they say. While there are plenty of libraries and frameworks which allow you to create mobile experiences, once again Unity leads the way as the best game engine for mobile. Building to iOS and Android is a one-click process with Unity, and the Unity API grants comprehensive access to your mobile device. You can use touch-specific inputs and device features like the accelerometer and gyroscope for truly tactile gameplay.

Games can even be tested right on the device with the Unity Remote App. Simply connect a device via USB, install the app, and then the Unity Editor handles the rest. Iterative development for mobile can be tedious, but Unity Remote cuts out all the middle steps until it’s time to deploy.

Though there are other game engines that can offer similar features, none of them offer the meal with all the fixings like Unity does. In short, “anything you can do, Unity can do better too.” But don’t take our word for it! The developers behind blockbuster titles like Hearthstone, Call of Duty: Mobile, and Pokémon Go chose the Unity game engine to bring their vision to life. There’s no stronger endorsement than worldwide success.

Overall, it’s hard to beat Unity for indie gamedev. Other engines may be superior in certain respects, but there aren’t many that bring it all together in such an accessible way. And the immaterial value provided by the community, eager to help other devs learn with shared techniques and tutorials, can’t be overstated. Unity is ready to meet you where you’re at. Then, as you grow in experience, it scales with you to handle projects of any complexity.

Unity is what you make of it. It handles mechanically simple projects like Untitled Goose Game with aplomb, yet offers the depth and control needed for the complex physical simulations of Kerbal Space Program. There’s a reason for Unity’s reputation as the go-to game engine for game jams, real world military training, and tools for education. It’s easy for teams of any size to innovate. That flexibility factor is a big reason Unity is our pick for the best game engine for indie developers.

In the world of cloud computing, few companies can rival Amazon. Amazon Web Services was one of the first movers in the space as far back as 2002. Today, AWS is a common solution for distributed servers and functionality for multiplayer games across all genres. So when it comes to the heavy load required to build and host an MMO, the Amazon Lumberyard game engine is the clear choice.

Sure, you could go with another game engine and hitch your wagon up to any of the cloud computing platforms, like Google Cloud or Microsoft Azure. But you can’t beat the first-party integration between AWS and Amazon Lumberyard. It even comes ready with Twitch integration out of the box. Build a game meant to foster a community, one that caters to the streaming world with an ecosystem of scripted commands and customized broadcasts. And with the robust AWS SDK for C++, anything is possible for the veteran programmer.

For a glimpse of what’s possible with Amazon Lumberyard, check out Star Citizen and New World.

There’s something distinctive about Unreal Engine powered games. Even the simplest games are visually striking. It could be the stock shaders provided with the engine, the incredible lighting, or boundary-pushing visual and particle effects. Whatever the cause, it doesn’t take much for indie developers to create experiences that exude triple-A quality from every pixel.

Of course, it’s just as easy to create a hodgepodge of assets that look out of place beside one another. With great power comes great responsibility. Indie devs can expect to work twice as hard with the Unreal engine to prevent the dreaded “asset store flip” effect. If you’re not careful, mismatched assets can break player immersion before you even have a chance to earn their attention. But with enough time and determination, there isn’t a game engine out there that can easily rival the polish and sheen of an Unreal game.

If you wish to partake of fruit from the Unreal tree, check out Gears 5, The Outer Worlds, and Star Wars Jedi: Fallen Order.

So that’s our thoughts on the best game engines across a slew of categories. Regardless of the sort of game you’re making, hopefully you found that there’s a game engine out there for you. Did we miss one? Sound off in the comments with your thoughts.

If there’s one thing to be said about the modern indie dev community, it’s that they’re always ready to share knowledge and help one another climb the ladder. Everyone’s got a story to tell and a game in their heart. Regardless of which game engine you use, let your voice be heard.

Want to immerse yourself deeper in the world of game design? We’ve got you covered!