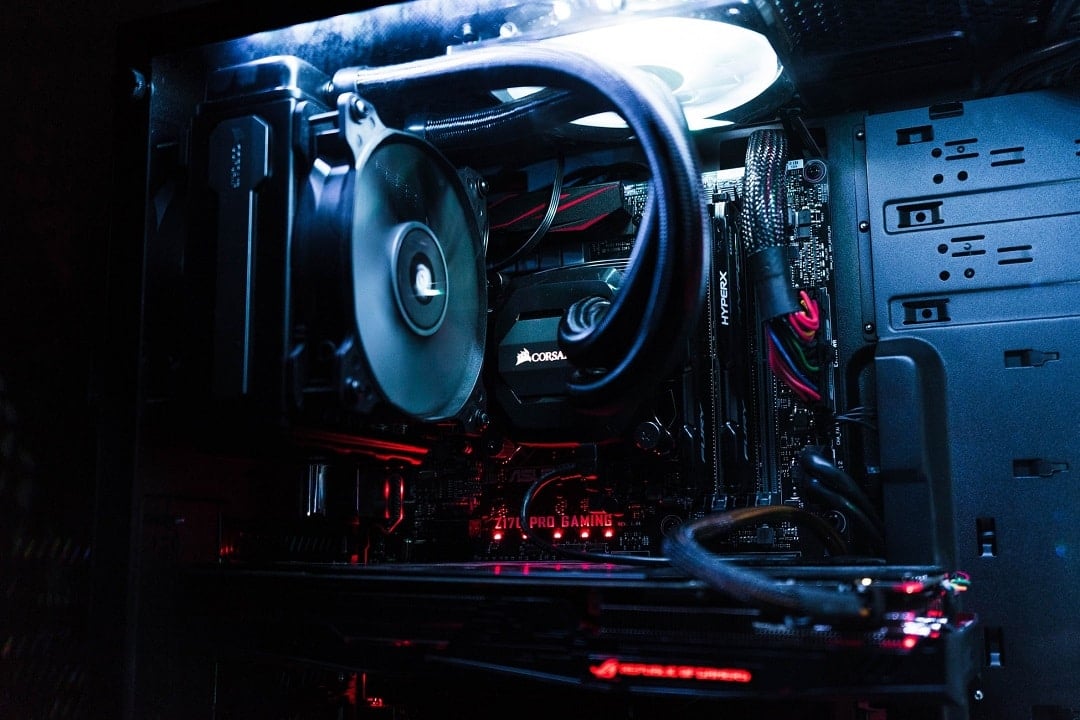 Are you considering ascension to the “master race”? Or is your rig getting a little old and you’re interested in doing something new? Over the years, it has become much easier to put together your own gaming computer.  PCs are very modular these days, making it quite literally a snap to put together parts as long as they are compatible. Even with the new release of the latest generation consoles, the PS4 and Xbox One are still leagues behind the most powerful gaming PCs.

Furthermore, there is a wide range of creative stuff you can do on your PC that just isn’t possible on a console. We aren’t trying to get into a heated console  vs. PC debate (its hard to beat firing up a console and playing some online multiplayer or co-op on the big screen with a good group of friends), all we’re trying to say is that you can’t go wrong building your own gaming computer. Here we look at all the major factors you should consider when deciding whether or not to build your own gaming PC.

In addition to saving money you’ll be proud of your self-built gaming rig. However, it is important to note that in some cases, building your own rig won’t result in a significant cost savings. PC manufacturers have the power of buying in bulk that us individual consumers just don’t have. The real cost-saving will come if the manufacture decides to add a hefty mark-up and labor cost to the final price.

There are a couple instances where it is a no-brainers here when it comes to buying rather than building. First if you’re just looking for a budget PC (which typically aren’t us gamers) just buy. Second, if you desire a gaming laptop, buy (unless you have those mad soldering skills and a great deal of time on your hands).

To Build or not to Build, that is the Question

Here’s the top Pros and Cons of building.

Pro’s of building your own gaming computer:

Cons of building your own gaming computer:

Next, let’s take a quick look at the history of our modern gaming computers, from the earliest days of computing technology until now.

A Short History of Computers

Here, we’ll take you on a little tour of how gaming computers even came about.

Computers are everywhere—in our homes, in our pockets, and even in our cars. They have a diverse range of applications, from the equipment blinking and buzzing in hospitals, to the network of relays and satellites that conveys information across the world in an instant. From their humble beginnings as glorified calculators, computers have evolved with society and defined every generation since their introduction.

It can sound quite noble and grand, until you realize that we use them most often for looking up silly pictures of pets and—gasp!—wiling away countless hours on video games.

Yes, video games: the bane of productivity since 1958.

It all began with a little game called “Tennis for Two”, developed for the Brookhaven National Laboratory in 1958 by William Higinbotham. Suddenly, these monolithic constructs morphed from purely scientific instruments to something capable of providing entertainment.

One of the first mainstream home computers was the Apple II, introduced in 1977 by Apple Computers several decades before the iAnything would hit the market. The success of this and other early computers developed for the consumer market sparked a revolution in the computing world which continues to bear fruit to this day. Computers shifted from a massive investment of money and space, to something functional, affordable, and small enough to fit in the living room. As access grew, the range of potential uses for computers grew as well, eventually encompassing leisure as well as business.

This brave new frontier exploded with popularity soon after its introduction, quickly evolving beyond simple text-based games like Zork (1980) toward the graphically rich environs of games like The Bard’s Tale (1985). The complexity of the fledgling gaming culture grew exponentially, as developers considered their experiences with complicated tabletop games like Dungeons and Dragons for inspiration. Steep learning curves dominated early PC games, but despite their limited audience, they made a bold statement: computers would never again be mistaken for glorified calculators.

When it comes to humankind’s efforts to escape reality—even for a moment—we prefer to ease suspension of disbelief. Two dimensional graphics could only provide so much detail, and so the movement toward the third dimension was quick to gain traction within the gaming community. Wolfenstein 3D, released in 1992, and DOOM, released in 1993, remain two of the most successful and most ported games of all time, not to mention paving the way for three dimensional gaming. DOOMremains one of the most popular first-person shooters, and single-handedly carried the genre into the limelight, where it has remained ever since. The visceral intensity of running and gunning through a Martian base full of demons immersed gamers to the point that reactively ducking away from the monitor to dodge enemies seemed reasonable, and once you’ve had a taste of seeing through one heroic protagonist’s eyes, it can be difficult to return to the world of static images and text-based interactivity.

With great power comes great responsibility, and suddenly gamers began to discover that what was under the hood of their computers mattered if they wished to run the latest and greatest of these new, interactive experiences. Building believable worlds came at a significant cost, and so an arms race of sorts began between video game developers and their audience. As bigger and better games were released, gamers would rush out to their local computer hardware emporium to purchase the latest in bleeding-edge graphics cards, RAM, power supplies, and sometimes even completely overhauling their machine with a faster CPU. Gamers became tinkers and hardware enthusiasts, with rigs cobbled together by their own two hands containing whatever was necessary to make their games run, and computer manufacturers were quick to note the exploding market for machines with the most powerful components money could buy.

Why do Olympic swimmers shave off every bit of body hair? Why do race-car drivers run special additives through their engines to burn off the buildup of combustion byproducts within? If you’re interested in becoming something more than an average participant in whichever pastime you choose, you need to invest. Time, and often money as well. If you are­—or wish to become—serious about gaming, a system that can run games seamlessly on at least low settings is necessary.

Money is a precious commodity. Consumers will often hang back from pulling the trigger on that shiny new gaming desktop because they’re left wondering if it’s really the right choice for them. That’s an awful lot of money—what if they’re mistaken in their decision? Maybe that nice man in the colored polo and khakis doesn’t have their best interest at heart.

We haven’t even begun to discuss building vs. buying. I’ll give you a moment to catch your breath, before we crest the next hill.

Building vs. Buying a PC: The Great Debate

Many gamers still abide by the “buy and build yourself” creed, and while we have recommended it in the past, we still acknowledge there is a place for pre-built computers. The bottom line is it can save you a lot of time and headaches. Of course, it is now possible to obtain pre-built computers dedicated to gaming, with a robust assembly of blazing fast components. This can be accomplished by paying a slight premium over what it would take to do buy the parts separately and do it yourself. Perhaps you’re a lifelong gamer looking for a new rig, or maybe you’re taking your first, tentative steps toward joining the PC Master Race. Where do you begin?

When evaluating the requirements for you gaming machine, there are several key factors to consider which will lay the foundation for the rest of your rig: what will you play, what is your budget, and how long do you hope to run between upgrades.

Naturally, the foundation of gaming is—well, games. But, there’s a stark rift between games like Counter-Strike and Crysis. Your favorite games (or game-related activities) should set the bar for the mission critical portions of your rig. Do you want to stream your gameplay? Do you want to run games on the highest graphical settings—or would you rather emulate your favorite professional gamer and play the newest games with minimum settings and low resolutions? The choice is yours, and neither approach is wrong. But remember, your decision will have wide-ranging implications for your ideal set-up.

If you’re confident—or foolhardy—enough to take up a screwdriver and slap it together yourself, you can custom-tailor the computer to your exact budget and performance needs. However, if you’d rather have an assembled foundation for starters and simply swap components as necessary, a pre-built rig might be for you! Again, there’s no clear cut answer, but your decision will have a significant impact upon your final choice. Be sure to give careful consideration to whether you have the knowledge and talent necessary to put it together yourself without the costly lesson of frying a component.

There are a lot of competing voices saying buying is better or vice versa. Without a doubt, there are some great gaming companies out there that put together well-priced, quality systems. In the end, do what’s best for your personal situation.

If your a gaming enthusiast and plan to be for awhile your going to reap the rewards of your labor for many years to come. Sure it’s the hard way but as with a lot of things in life, the hard way is the best way. If you realize the long-term potential, it is easy to see how building your own PC is a pragmatic investment that pays future dividends. The majority of PC builders don’t do it themselves because its cheaper. They do it because it gives them more control and a deeper understanding of how their PC works.