Born and raised in New England, streamer, musician, and software engineer Veritas is somewhat of an oddity in the streaming world. Despite being a rather successful streamer, and growing at a substantial rate, Veritas doesn’t see Streaming as much more than a way to communicate, and play games, with friends.

Not one to bare his soul to the world, Veritas has managed to keep most of his life hidden away from the public eye. Even his real name is an unknown factor. However, what isn’t an unknown factor are his skills and dedication to Escape from Tarkov.

Starting in a similar boat to most other Tarkov players, Veritas had to learn the hard way how to play the game. With his hardship comes solace for other players, as Veritas makes a habit of posting guides as frequently as possible.

Only starting streaming back in March of 2018, there is a lot of upward momentum in the future for Veritas. But how does someone keep up with musical aspirations, a full-time job, and a 40+ hour a week streaming gig? As it turns out, it’s a lot of caffeine and hard work. 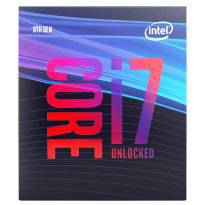 When it comes to controls and settings, Veritas is definitely someone who will tell you exactly why he is doing what he does. With his keybinds not being an exception. Not enjoying the feeling of doing much other than pressing the spacebar with his thumb, Veritas has his keybinds reflect a more pinky and mouse hand dominance.

Veritas also makes sure to have his FOV at max and even has multiple videos discussing the optical changes that a lower FOV could have. When it comes to the graphical settings, Veritas does the opposite of what most might do and has set texture and shadow qualities to high. This is in part due to Tarkov’s reliance upon your CPU rather than your RAM so depending on your computer, higher textures could run better than expected.

That being said, Veritas is no stranger to a solid computer build. Utilizing both a streaming and a gaming computer, Veritas has maximized his output while minimizing any amount of potential downtime. Afterall, Veritas is working at least two full-time jobs and every minute counts. Being the first streamer on HGG to use a Solid State Hard Drive, which is a hybrid between an SSD and a regular HD, it’s only apparent that Veritas has his path planned out.

Streaming for the software engineer can be rather spontaneous and for unexpected durations. If you’re wanting to stay on top of when Veritas will be online, make sure to follow him on Twitter and Twitch. If you’re interested in his music, you can go ahead and follow him on Spotify.

Unlike most streamers, Veritas grew up more around music than games. From the first time he saw the Blue Man Group live when he was 10, he knew that he wanted to dive into music. Starting with a pretty lousy drumset made of buckets all the way to his now intense collection of guitars, basses, keyboards, and drumsets, Veritas shows how dedicated he can be.

That’s not to say he never played games as a child! Veritas grew up with the likes of The Legend of Zelda: Ocarina of Time, Shenmue, and the Pokemon series. As he grew up, he started getting more into First-person games like CS:GO and PUBG. It was his initial interest in PUBG, as well as some bartering from friends, that caused Veritas to start his streaming career.

Unfortunately for him, Veritas never got much traction playing PUBG, despite his overall high ranking and regular top-10 placements in NA FPP with kills and wins. It wasn’t until Veritas turned his attention to Tarkov that he really saw much growth at all.

Much like most other successful streamers, there was an ounce of luck that was accompanied by tons of dedication and hard work. Veritas’s success was only because of his involvement in the community of Tarkov and in developing concise and accurate informational spreadsheets. His dedication has gone so far as to develop an app for players to get quick stats about items, strategies, and gameplay mechanics. With the new updates and Tarkov being in the mainstream of streaming, Veritas has seen a substantial growth in popularity that is sure to continue on.

What is Veritas's real name?

Unfortunately, due to Veritas’ reserved nature, we aren’t able to find his real name.

Where is Veritas from?

Veritas was born and raised in the Northeastern US. More specifically, New England.

How old is Veritas?

What team is Veritas on?

Veritas is on team The Team with fellow Tarkov streamers GhostFreak from Denmark, SlushPuppy and Pestily who are from Australia, and Anton from the US.

What camera does Veritas stream with?

Veritas is a big fan of the Panasonic Lumix G7 Mirrorless 4K camera body. Not only for the picture quality but also for the price. He uses an Olympus 17mm 1.8 f-stop lens.

Did Veritas go to college?

Yes! He actually has a Master of Science degree in Computer Science.

How much does Veritas make per year?

Veritas not only streams, but also has a full-time programming job where he mainly works on app development. It’s likely that he makes well over $100,000 a year.

Veritas is in fact married! The two of them own a cat named Suzie, who has their own Instagram account.

What time does Veritas stream at?

Due to his work schedule, Veritas doesn’t have a set streaming time. However, you can find him streaming most days around 2 pm PST.

How frequently does Veritas stream?

For the most part, you can find Veritas streaming almost every day, with Sundays being his least streamed day.

How tall is Veritas?

There is little known about Veritas. That being said, if we compare his Parker Fly Artist 3 Tone Sunburst Guitar, with an average length of 25.5 in, to his body, it’s likely that Veritas is around 5’8″.